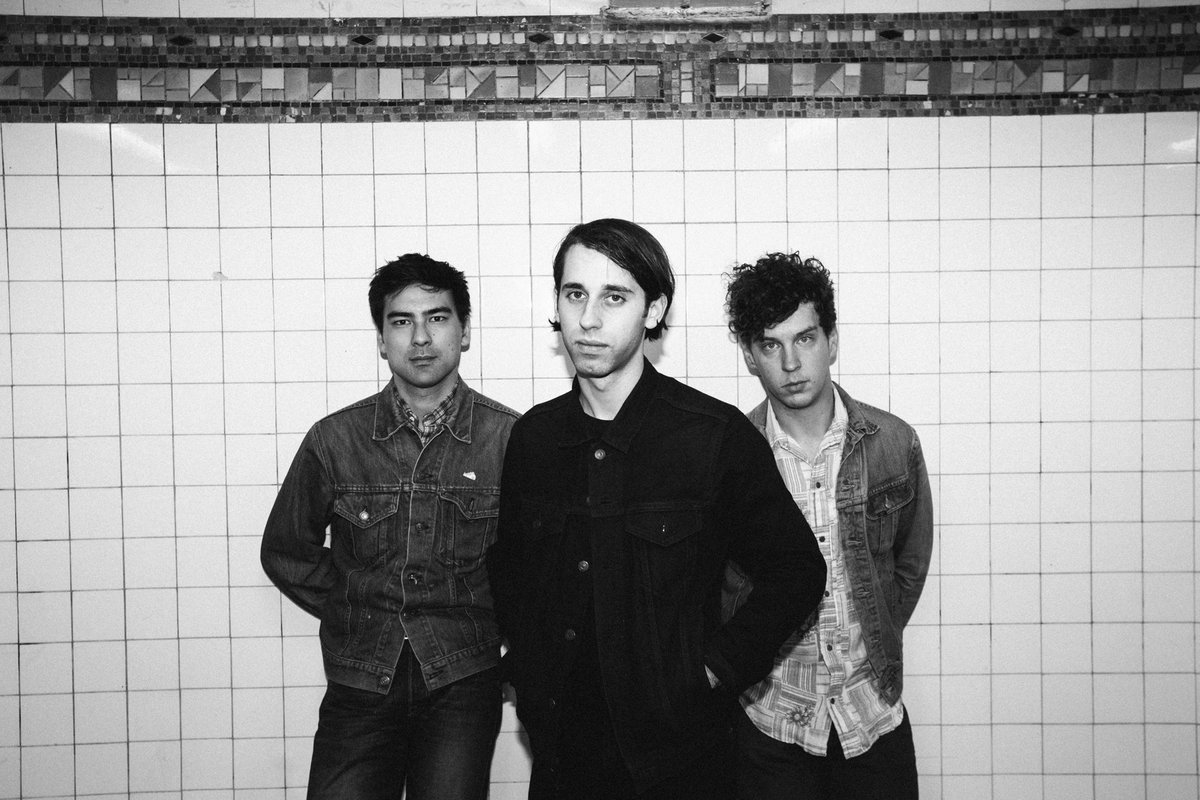 Brooklyn-based EZTV are fresh off their first album release Calling Out on the label Captured Tracks. On the surface, the album is the perfect summer soundtrack, but underneath the catchy melodies and guitar hooks, there is a sense of real heartbreak. It is a refreshing throwback to an older musical aesthetic, along with a mature songwriting style that you rarely hear from a new band. In this interview for Lola Who, Ezra Tenenbaum (songwriter), Michael Stasiak (drummer), and Shane O’Connell (bassist) talked to us about their songwriting process, getting started as a new band, and their love for British Invasion music.

Lola Who: First of all, congratulations on your first release! It’s very fun and uplifting, but also bittersweet and nostalgic at timesit feels like a real summer record. Was that intentional?
Michael: I dont think it was intentionalthe bulk of the album was recorded during the most frigid January in New York City that I can remember! But I can also see how clean electric guitars and a steady beat makes a person think of sunshine and riding in cars during the summer months.  Though I have a feeling that the bittersweet nostalgia will go down smooth next January, too.

Lola Who: How did the three of you meet and do you remember the music you were listening to back then?
Michael: I met Shane in college about eight years ago. Im pretty sure I was only listening to Ryan Adams and The Replacements at the timereal late teens angst shit.

Shane: We all met in college. Michael and I are both from Western Washington state and bonded over that. Ezra and I became roommates towards the end of college and started working on music together. Back then I was listening to The Magnetic Fields, Emmylou Harris, Loudon Wainwright III, and The Beatles.

Lola Who: From what I understand, you guys have known each other for a long time, but the first time you actually played music together was at an audition to play with Spiritualized… Can you tell us more about that moment and how those circumstances affected the sound and overall vibe of your music?

Shane: At no point did any of us think it was remotely possible that wed get the gig. We knew that jamming with Jason Pierce was going to be a weird, fun, and surreal experience that would only happen once. Not having that ‘job-interview’ style anxiety about getting picked was liberating and made the whole thing so much more enjoyable. That lets not overthink this and just keep it fun attitude is the vibe that EZTV was born out of, and still guides how we make music together.

Lola Who: All the songs on the record sound like they belong together. Can you describe your writing process?
Ezra: For this album I recorded about 30 songs by myself. Then the three of us went through them and decided which ones we wanted to try. I think for every decent song there’s one or two clunkers, so it’s nice to have options. Three of the songs on the album are older, but the rest were written in 2014.

Lola Who: Can you share some of the things that influenced this album, musical or otherwise
Ezra: Well, I got out of a difficult long-term relationship and living situation, and that definitely colors the tone of the album. I tend to write when Im feeling anxious or feeling unsettled about something. Im not sure if thats the healthiest habit, but it seems to be my natural way of dealing with that.

Lola Who: With electronic effects so readily available these days, it’s rare for a new band to eschew that in favour of strong songwriting and catchy melodies. Is this something that you look for in the music that you listen to?
Michael: A strong sense of songcraft is key for me. The first bands I was nuts about were the British Invasion bands, where theres not a lot of trickery or effectspretty naked instruments and the magical blending of two or three voices. What sets those bands apart was also the strong interplay between the drums and the bass. Ill lose interest in a new band really quickly if the kick is just on the beats 1 and 3 and the bass just rides the root notes.

Shane: Yes, songwriting is paramount. But we also used our fair share of digital trickery to make Calling Out. We are by no means analog purists when it comes to recording. I feel like fetishizing gear is problematic, and more often than not, it gets in the way of what actually mattersmaking a song that connects. No effect or technique is inherently bad or off-limits to us.

Lola Who: As a relatively new group, what was it like trying to get started and develop a following?
Michael: Since our first show last July, we’ve played about 50 shows this year. I feel like any new band that is less than a year old should play as often as possible.

Ezra: I spent the last few years in relative seclusion, working on recordings and only showing them to close friends. It’s been surreal to read the notes that show up in random powerpop forums, or to see a photo of our record at Tower Records in Japan. I didn’t even know Tower Records still existed!

If you could have your choice to tour with anyone currently playing, who would it be?
Michael: We’ve been lucky to play with some great bands this past year: Christopher Owens really blew us away, that tour would be a blast. Im on a big kick lately with bands from Australiawe played with Twerps when they came to New York and Id love to do that againthey were so good and really sweet people. Dick Divers new record is amazing, though my ultimate dream would be to open for Jonathan Richman.

Lola Who: Is this a hectic time in terms of concerts and advertising, or are you guys already thinking about your next album?
Ezra: It feels hectic in that I’m used to being pretty private about music. Doing interviews for example is weird and new. I’m looking forward to playing live less in the coming months and working on some new demos.