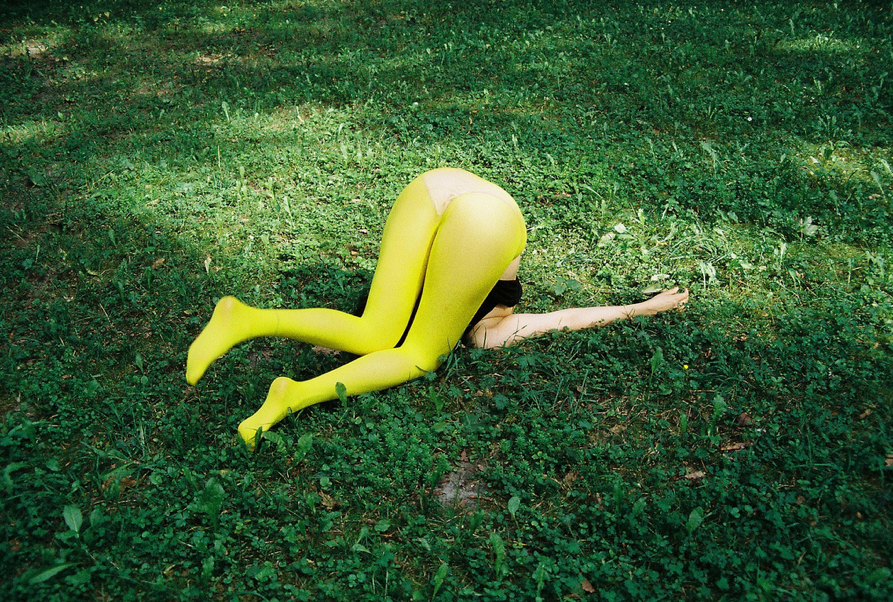 Eylül Aslan, 24, is a young, talented photographer from Istanbul who is hard to pin down. Her photos, which are playful, absurd and provocative all at the same time, are aesthetically exquisite, and are often centered on the female figure, with intriguing semi-nudes, and legs – lots of legs! Rarely do you see the faces of her models, but now that shes based in Berlin, Germany, where she studies at the Ostkreuzschule für Fotografie, she’s discovering a new creative freedom. Eylül, which means September in Turkish, took the time to answer a few questions about the place of women in Turkey, her inspiration and her book Trauerweide.

Lola Who: How did Turkey influence your work, especially in the way that you portray women in your photos?
Eylül: I think being born and raised in Turkey is the reason I started taking photos in the first place. It was a way to be who I really am. In a patriarchal society like in Turkey, its really difficult for a woman to express herself. It is almost impossible for a woman to have a voice of her own. She is forced to belong to a group, individuality is not appreciated. She is given roles by her family and friends, which she needs to portray at all times. People are often very noisy and ask you a lot of questions. If a family has a daughter and a son, the son is free to do whatever he wants in life, there is no curfew for him, but the daughter has to be home before midnight. Little things like this here and there make life miserable for most women, and most of these rules applied by men, are often for the womans “own good”. In an extremely strict household, a woman may not be able to leave her house, shake hands or talk with a man other than her husband or brother. There are many examples like that.

Lola Who: Do you use photography to question politics, religion and the place of women in Turkey?
Eylül: When I first started taking photos, I often had to hide the face of the model because she didnt feel comfortable being in my photos. She was worried about her father, brother, or boyfriend getting angry with her. I actually had to delete some of my photos online at the models request. I dont really need to worry about that anymore because I live in Berlin now, and girls have no problem with their faces being in the photos, they are even happy to be naked in front of the camera.

Lola Who: How did you start working on your book project?
Eylül: I received an email from my publisher, saying that he had been following my work online for a while, and that he would like to do a book with me. So, of course, I said yes!

Lola Who: What does Trauerweide mean?
Eylül: Trauerweide means weeping willow, the tree, in German. “Trauer” means sorrow, grief or misery in German. So, for me, its the perfect title for my first photography book, which deals with the issues of sexually and politically suppressed women in cultures like mine. The tree is a sad image and it looks like a woman wearing a veil, whose face and character you cannot see because she is hidden behind her veil. This takes away her personality and turns her into being nothing but a moving shadow.

Are you working on a specific photo project at the moment?
Eylül: Yes, and it involves ice cream. A lot of ice cream…