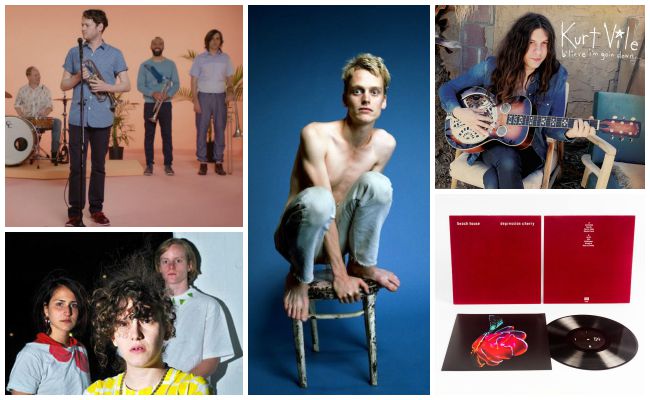 Album releases are plenty this fall,
and we’ve shortlisted five that are worth listening.

This is the latest from Mica Levi, aka Micachu, best known for her fun musical experiments with The Shapes. Please listen to their single Sea Air. What at first seems a rather clumsy though earwormy throwaway is actually a brilliantly produced track. The sloppily banged drums, Micas layers of distant vocal takesthese are ingenious measures taken to give the listener a most pleasant sea sickness.

The musical equivalent of laying down in the warm shallow water of a beach and letting the tide wash over you and pull back  Beach House are back with a new batch of songs to have enchanted, whimsical day dreams to. There are immaculate pop hooks within Beach Houses layered string synths and Victoria Legrands vague poetryquite irresistible actually. But they let themselves be discovered by the listener rather than pray upon our attention like todays mega-pop.

Beirut  No No No

Zach Condon, so dreamy and worldlylike that friend or acquaintance always just back from a thrilling trip across the world. It seems that with each new Beirut project, Condon would return with more exotic sounds, a newly acquired musical skill, increasingly complex instrumental arrangements. That is until now. With No, No, No Beirut takes a step back in their escalating ambitions in arrangement and energy and delivers refreshingly toned down record. Though the title track is illustrative of Beiruts signature ornate sound, the rest of the album offers a more stripped down, emotionally bare approach.

Other Death is similar to Other Life and his other (most recent) album Bermuda Waterfall  fantastic Prince influenced pop-R&B featuring Savages weirdo lyrical philosophizing. His production and vocal chops are more developed. Other Death features gorgeous piano licks and a sultry falsetto from Savage. The songs are beautiful, strange, funny, earnest; each are expertly crafted and full of soul. This Canadian guy is a treasure.

This is a very chill record. It has the feel of being written and completed over one extended studio hang one very long and chill studio hang. Viles lyrics are meandering but illuminating and often amusing. He sings on Lost my Head There, I was buggin’ out ’bout a couple-two-three things / Picked up my microphone and started to sing /I was feeling worse than the words come out / Fell on some keys, and this song walked outta me. Sounds about right.