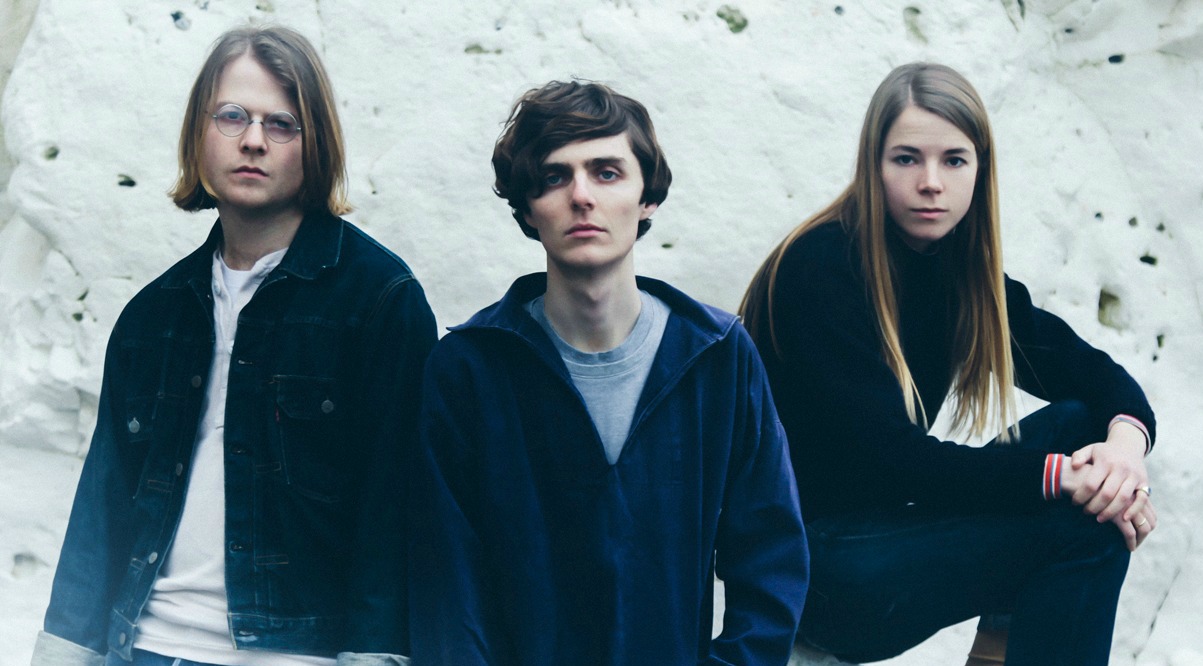 Drummer Melissa Rigby and bassist Huw Webb of S.C.U.M and Astral Pattern teamed up with Elliot Hayward to form the folk rock band Blueprint Blue back in 2013. The band brings new life to the folk-rock genre with raw sound and 60s rock inspiration. Since the release of their EP “Undertoad,” fans just cannot get enough of their music. “Undertoad” includes featured tracks such as “The Cabin is Cold” and “Scared of Your Mother,” two songs recorded completely live. Blueprint Blue is not showing any signs of slowing down as they prepare for the anticipated launch of their new album. We spoke to them about the influence of Neil Young on their music, their newfound musical freedom, and growing up listening to old country and folk music.

Lola Who: Melissa and Huw, you have been playing together with S.C.U.M and now with Astral Pattern. How did this new collaboration with Elliot Hayward come about?
Melissa: Well, Elliot was looking for a rhythm section to try out some new songs he had written, and we found each other through a friend. We organised a session to meet up and play, and that was it really. It clicked musically extremely quickly, and now we are the bestest of buds.

Lola Who: How does Blueprint Blue compare to S.C.U.M and Astral Pattern?
Melissa: Blueprint Blue is the first band w’eve been in where we have a lot of freedom with our songs when we play live. Its different every time we play.  I used to play along to a click/backing track when we were in S.C.U.M which was really restricting, but that would never happen with us. Lola Who: How has your music changed since you first started? Are there any major differences in the way you play music together?
Melissa: Yeah, its changed a lot since we’ve been playing with El. Hes introduced me to a lot of musicians that have influenced the way I play. I want to play more like Levon!

Lola Who: Was there any stories behind any of the songs you produced?
Elliot: Well yeah, theres always some sort of story or idea behind a song.

Lola Who: What was it like working in such an eclectic studio like that of The Horrors? Is it something youd like to do again?
Melissa: The best part about recording there is working with Josh and Jerome. They built the studio together, so theyre the only ones who really know how to work it. We recorded “We Have Been Freed” there with Josh not long ago, and we were all super happy with how it soundedwed definitely work there again!

Lola Who: Your influences lie in American 60s/70s country and folk music, with inspiration from Neil Young, The Band, Crosby, Stills and Nash. Can you tell us more about your musical inspirations and why looking back is maybe the new ”looking forward”?
Elliot: Well, I dont really purposefully look back, its just that this is the music that I was brought up on and have always listened to, and its also the only thing I really know how to play! It was a time when you had to be a great songwriter and a great player of your instrument, which I really respect. I’ve been listening to a lot of Warren Zevon and Jackson Browne recently, and they sum this up perfectlyas well as writing great songs lyrically and musically they were also technically good players.

Lola Who: Most folk-rock figures from the 60s through today have been influenced by Neil Young’s music. What’s your relationship with Neil’s music and how do you think he influenced American music as a genre?
Elliot: He has the right approach to music in that he does’nt try and recreate his recordings when he plays live. I also like that he finishes a project and then moves on and does’nt look back. This is without getting into the obvious about his songwriting and guitar playing. I dont know about his influence on anyone else, but I guess everyone loves Neil!

Lola Who: ”Undertoad” was recorded live in its entirety? Did you take a similar approach when recording your upcoming album, and if so why?
Huw: We tracked all the songs live as a band to capture the atmosphere in the room, in exactly the same style as “Undertoad.” That’s just the way we enjoy recording music. For the album, we wanted to explore and experiment with new instruments and layers. Generally being more ambitious with the music and not limiting ourselves when it comes to overdubs.

Lola Who: It has been said that a majority of the songs in ”Undertoad” were about parenting. Is there a common element in the songs of the new album?
Elliot: Theres no specific concept to it reallyI guess the only theme is that they were all written at around the same time, so inevitably some songs will crossover thematically.

Lola Who: Your EP had four songs and was about 30 minutes long; any particular reason for this format? Is there any significance behind the two tracks over eight minutes long?
Elliot: That was just what we were playing at that timesome of the takes we did were much longer than the ones that made it onto the EP. On our album, weve tried to be less jammy and more controlled. That also gives us room to have more different ideas on the album.

Lola Who: If you could collaborate with any artist who would it be? Any particular reason?
Huw: We would love to work with Glyn Johns. He recorded “Glad and Sorry” by Faces which is our favourite song.

Lola Who: Elliot, your EP ”Undertoad” was put out in May 2014. When can we expect a full album release?
Elliot: Soon hopefully.