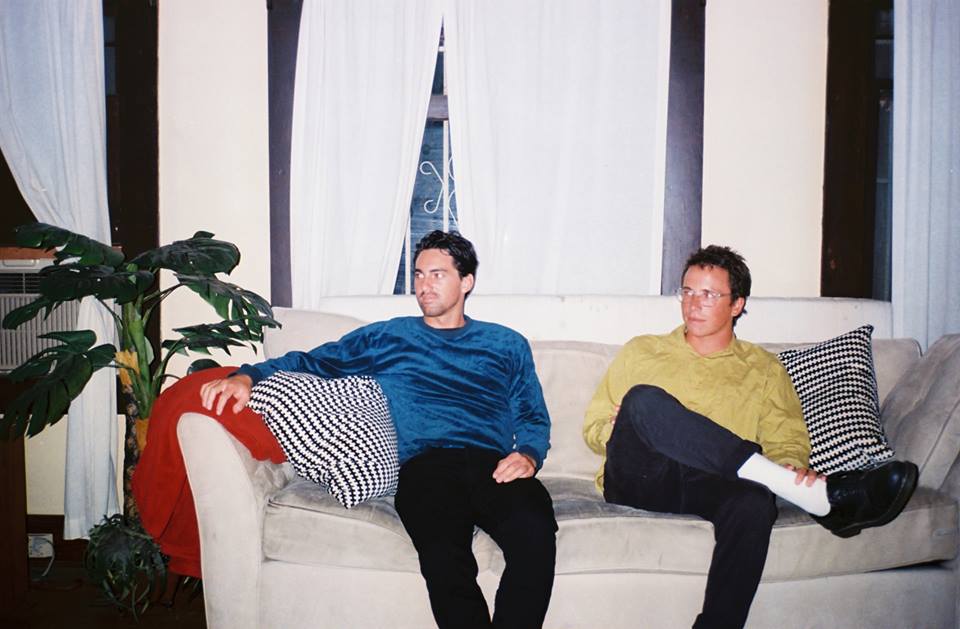 The LA-based duo HAUNT craft lush and dark songs that will make you get lost in the dead of night; dancing nostalgically in nightclubs until the sun rises. Haunt’s darkwave music is complex and realistic on the emotional spectrum, just like the soundtrack of the passionate awakening youth. Lola Who caught up with Victor Pakpour and Wyatt Ininns to find out how it is to self-release your own music, and infusing emotions into their songs.

Lola Who: Hi! First of all, how did you guys meet and when did you decide to start the band?
Victor: We met as teenagers and developed similar artistic passions. Last year we decided to start Haunt. We have really strong chemistry when we write music together and everything feels fun and rather effortless.

Lola Who: Theres a purposeful appropriation of 80s studio sounds in your work. Are you dealing with the spectres of previous music movements?
Victor: We dont set out to make 80s music but many of our favorites are from that period. All the music we make comes naturally and is a culmination of all our influences.  We put a lot of effort into finding quality sounds and composing music that evokes emotions within ourselves.

Lola Who: How much does being based in Los Angeles influence the sound of your band?
Wyatt: We are surrounded by many musicians in L.A., but not so much inspired by the location. We feel our music is more appropriate for a darker or more moody setting.

Lola Who: The theme of expectations seems to run through your lyrics; either feeling restrained by others expectations or your own. Are the songs autobiographical or is there a character you use to work through some of subject matter?
Wyatt: I dont set out to write about myself, but the subject matter definitely comes from somewhere personal. The lyrics deal with universal feelings and situations that are not autobiographical, however they are inspired by experiences Ive had.

Lola Who: When can we expect your EP “So Far” to be released? What has to happen to get an EP ready for release?
Victor: Our EP will be released on November 23rd through Bandcamp and Spotify. Since we are doing everything ourselves, its really up to us to create a final package that we think is ready.

Lola Who: How is releasing the music yourselves going? Do you think digital distribution has eliminated the need for music labels?
Wyatt: We like to be in full control of our music and the way we are perceived. If a label approaches us that we really believe in we would be thrilled to collaborate. Right now things have been going well  releasing music through our own channels but it would be nice to take things to the next level.

Lola Who: How involved were you in making the video?
Victor: My background and current profession is film, so it was a real treat for me to make a music video for our song and give it the aesthetic we envisioned. Its really important to make sure the visuals compliment the music.

Lola Who: What has been your biggest accomplishment so far, and also your biggest challenge? Which taught you more than the other?
Wyatt: Our biggest challenge was releasing our first single and announcing ourselves as a band to the public. We realized that its difficult to have a unique sound with how much music is out there now.  I think our biggest accomplishment has been getting traction and feedback online without much exposure or promotion. Getting positive reactions has been super inspiring and that drives us to write more music.

Lola Who: Are you gearing up for anything new in 2016 beyond more releases and more shows? Any plans to tour?
Victor: In 2016 we want to push our music and explore different styles. It would be a dream to tour and be able to share our music with a wider audience.  We would love to play in Europe and drive around in an old Toyota Van with our synthesizers.