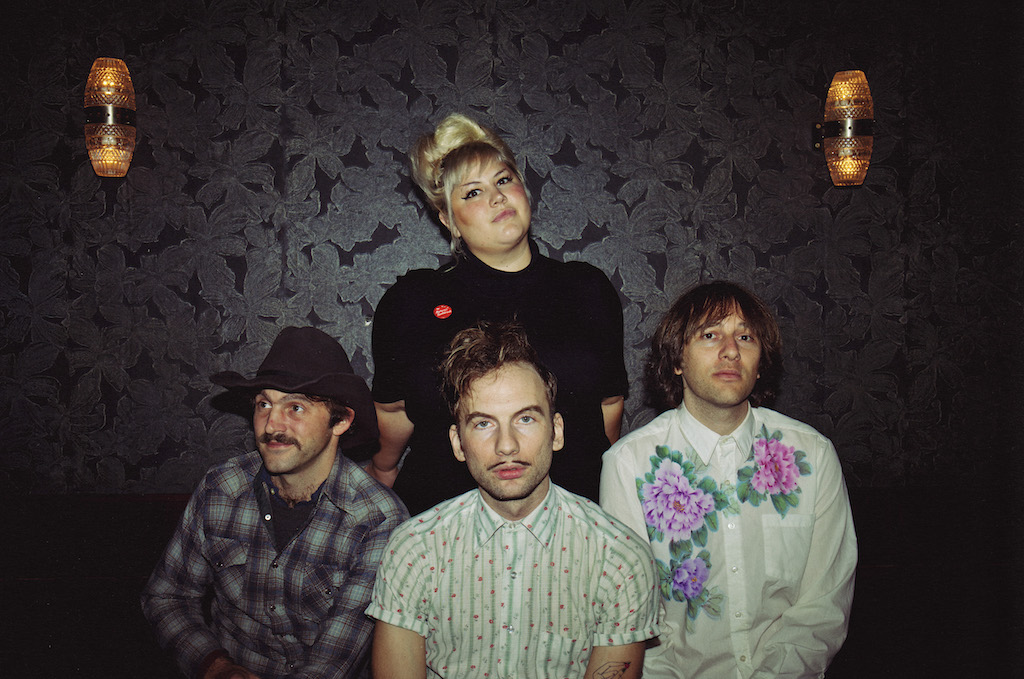 Oakland trio Shannon and the Clams, led by bassist and vocalist Shannon Shaw, have spent the past six years cultivating their sixties bubblegum rock sound interspersed with occasional punk streaks and other perversities.

The band consists of lead singer Shannon Shaw, bassist Cody Blanchard, and drummer Nate Mayhem. Their latest album “Gone by the Dawn” is a more toned-down and elegant work of ancient flavorswith many Ooh, Aahs and Shalalasreminiscent of 60s girl groups infused with surf-rock energy.

The band has been rocking our world since 2009.  We caught up with Shannon and Cody while on tour in Berlin, and asked them a few questions about the evolution of their sound, feeling trapped in time, being a woman in music, and how to get over a bad breakup, just for the hell of it. Lola Who: Shannon, you have been making music with Cody for almost six years now, and you are both from Oakland, California. How would you describe the music scene in Oakland when you first started?
Cody: I think that most of the things and people we were connected to in Oakland dissipated or moved away There are a lot of weird punk bands right now, and theres also the same people who have been doing the same thing for ten years or more. But definitely a lot of people have left because of money and problems.

Lola Who: Do you think youve had a big influenced on the music scene in Oakland?
Shannon: No, I dont think so, but I feel that were still a strong part of the scene. I wouldnt say that theres any band that sound like us in Oakland right now. The scene we started in was the garage rock scene, and that’s barely there now It has really changed. I feel like everything has evolved There was like a split where a lot of people moved away, and then that scene turned into a glam-hard rock scene, and then the other scene was more arty and punk.
Cody: Six years ago there was tons of bubblegum stuff in Oakland, and everyone was doing exciting pop stuff And then, everyone left, they just left!

Lola Who: How did you two meet and how did you discover that you had similar music taste and overall aesthetics?
Cody: We met Nate, our drummer, several years ago. Weve had ten different drummers or more probably, but Nate has been around the longest. But, I met Shannon in art school. I think there are a lot of really annoying people in art school, so everyone you meet is kinda Ewww. But then it was awesome, and we both made projects together that were good. So we just sought each others company in the class.

Lola Who: What music did you listen to when you were growing up? Did you grow up listening to doo-wop music from the 50s and 60s?
Shannon: I definitely did. I grew up listening to what my parents listened to. So definitely a lot of Top 40 oldies; my mom and dad both were really into and Patsy Cline, Roy Orbison and The Everly Brothers. But there was also a lot of 80s country music that got played in the house, and my brother was really into heavy metal, even if that doesnt show in our music. Right now, I listen to a bit of everything; oldies, metal and country all mixed together. I also like listening to mixes that people make.  I like the psychology behind making list of songs…

Lola Who: Do you sometimes feel you were born in the wrong decade or that you would like to go back in time?
Shannon: Maybe for some things, but politically, hell no! I would not want to be living in the 50s and the 60s as a woman in the US. But theres so much I love from those periods in time; design wise and clothing wise

Lola Who: Talking about style, what inspired your look and how did you create that stage persona?
Shannon: Its been a slow process. I never laid out an outfit and said this is gonna be my look from now on. We used to always wear matching outfits. When we first started the band, we wore white outfits for all of our shows, do you remember that?
Cody: Yeah, I think you grow up when people on stage are really casual and wearing street clothes. So we wanted to dress up because no one was dressing up anymoreeveryone was punk.
Shannon: It is so uncool in Oakland to dress all fancy for your shows, which makes me like it even more. Were big nerds.
Cody: When I was a kid I used to wear really weird outfits all the time, and I think anyone who has a cool and interesting style went through a long period where they looked terrible, cause they were trying weird stuff and they were mixing up different kinds of clothes together. I feel that my parents were always getting mad at me, saying What are you wearing!?! 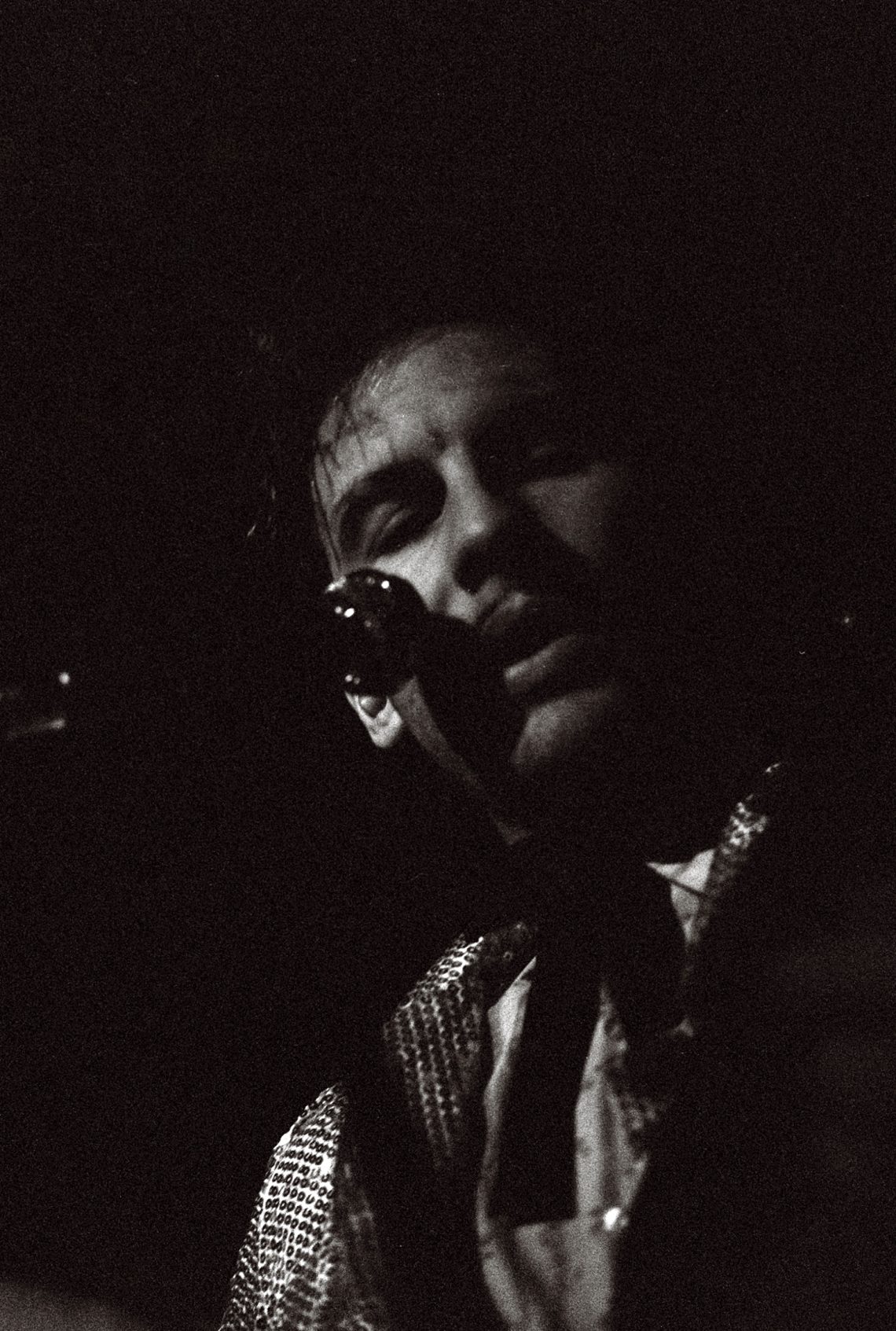 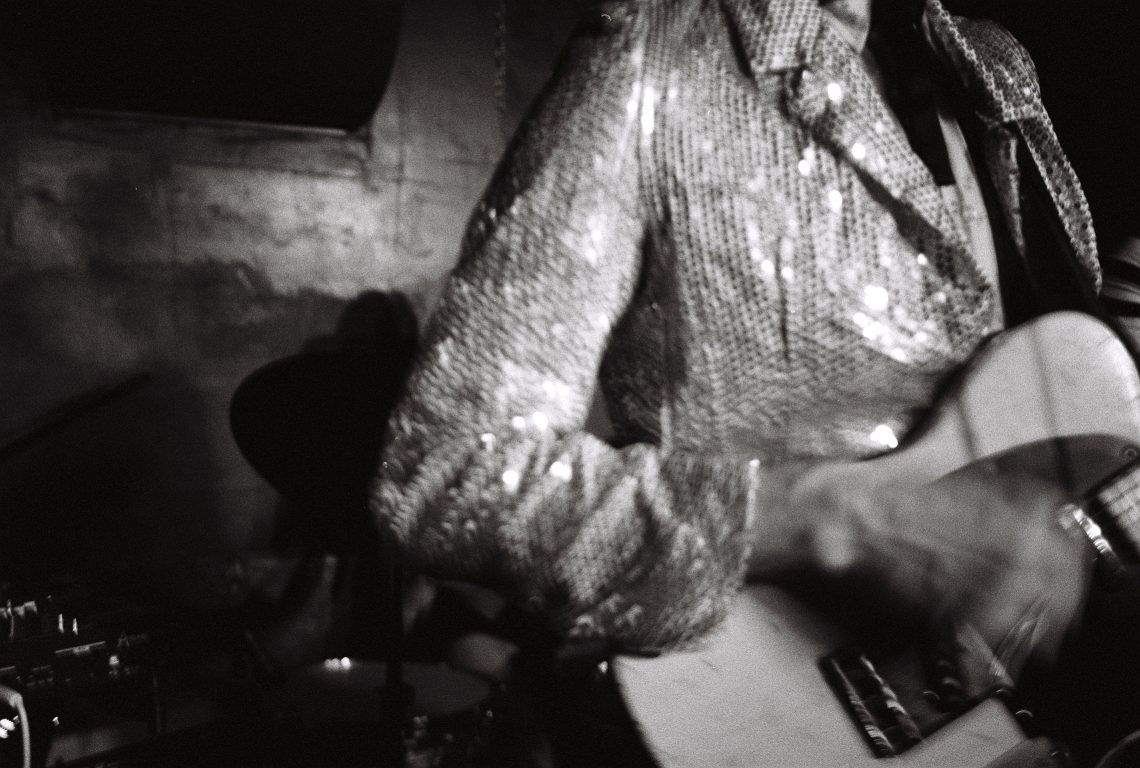 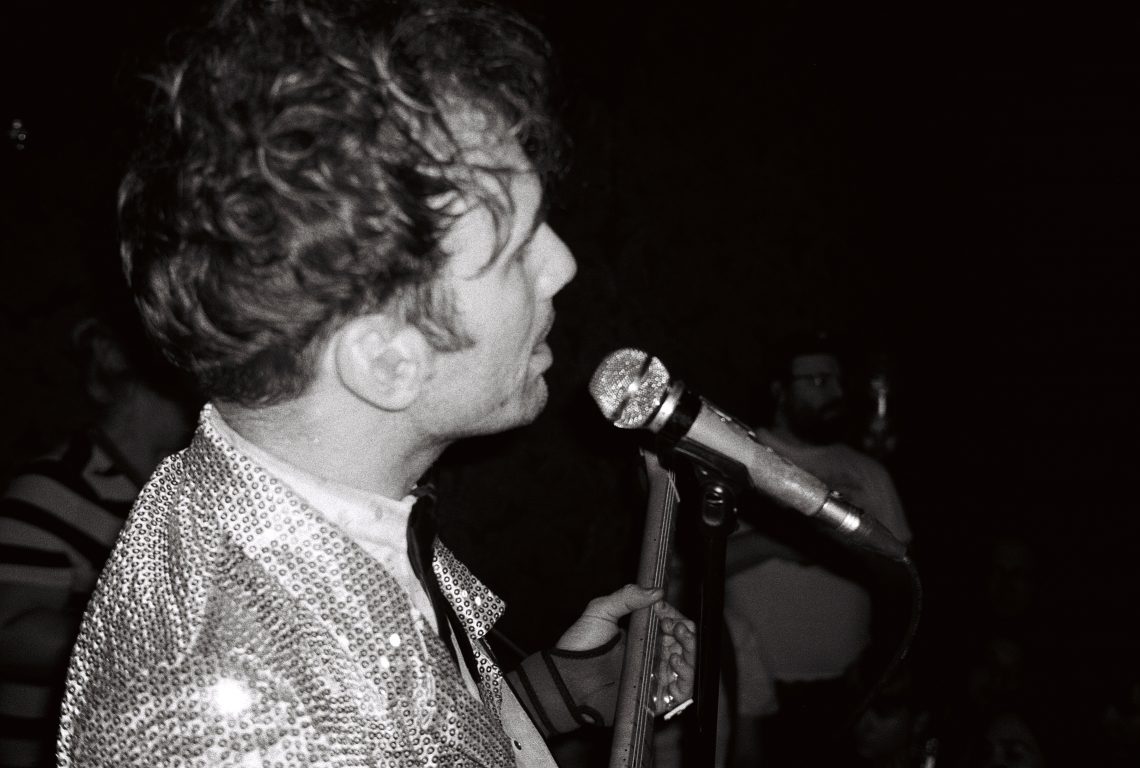 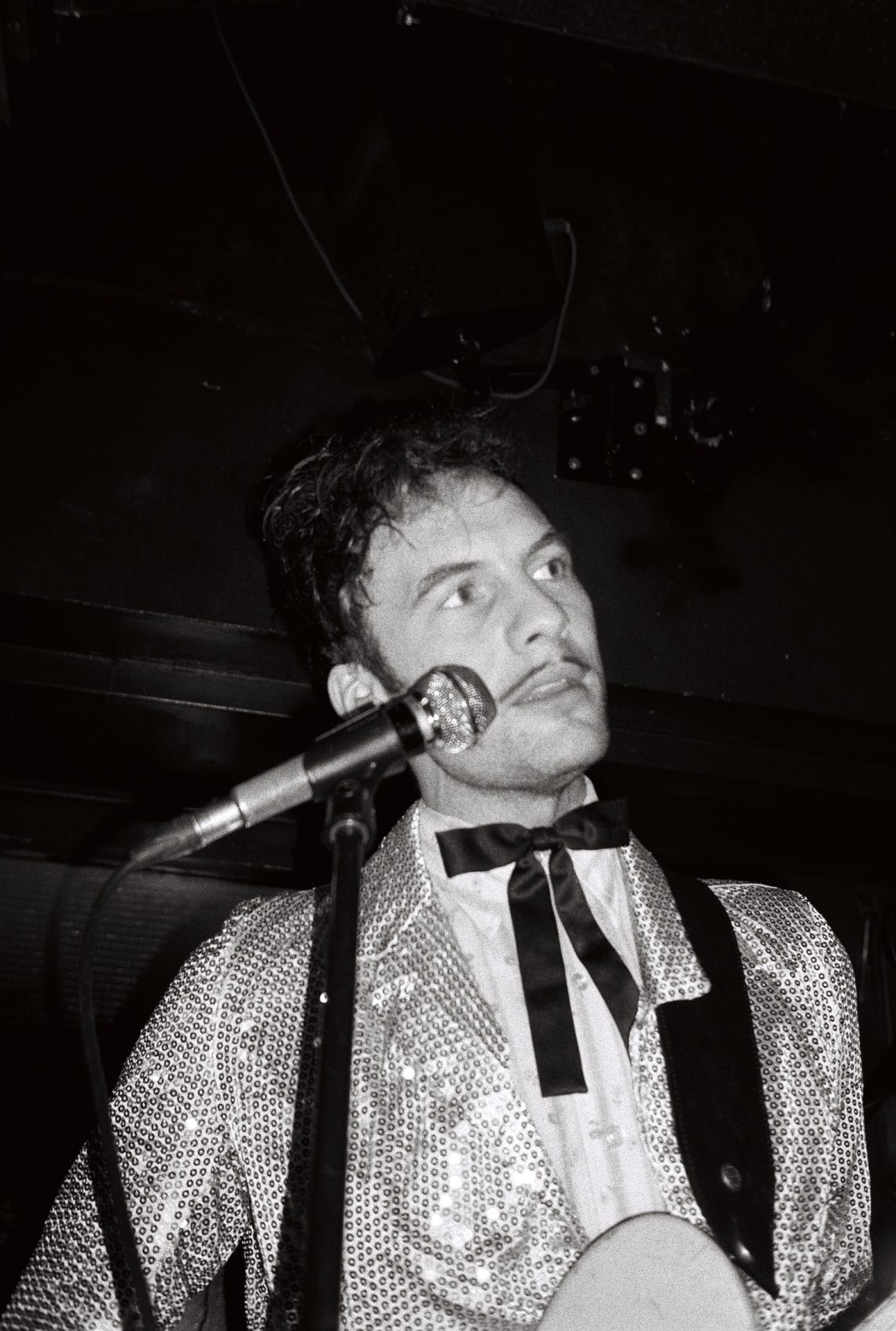 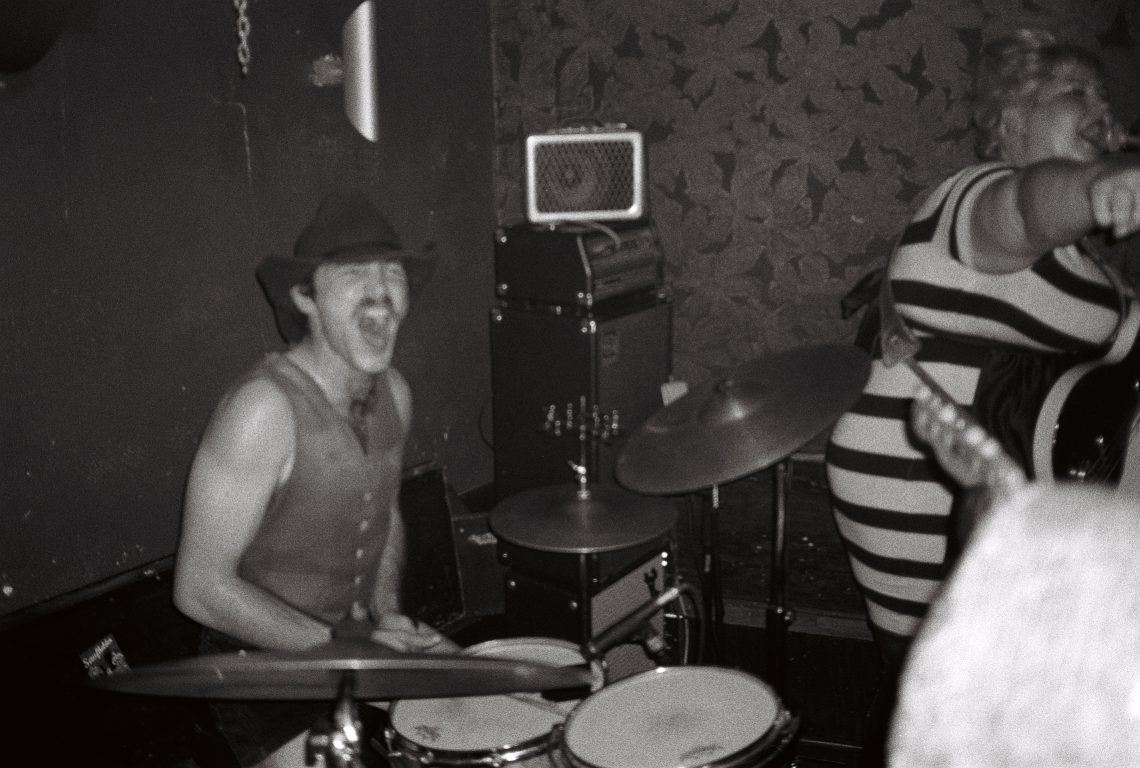 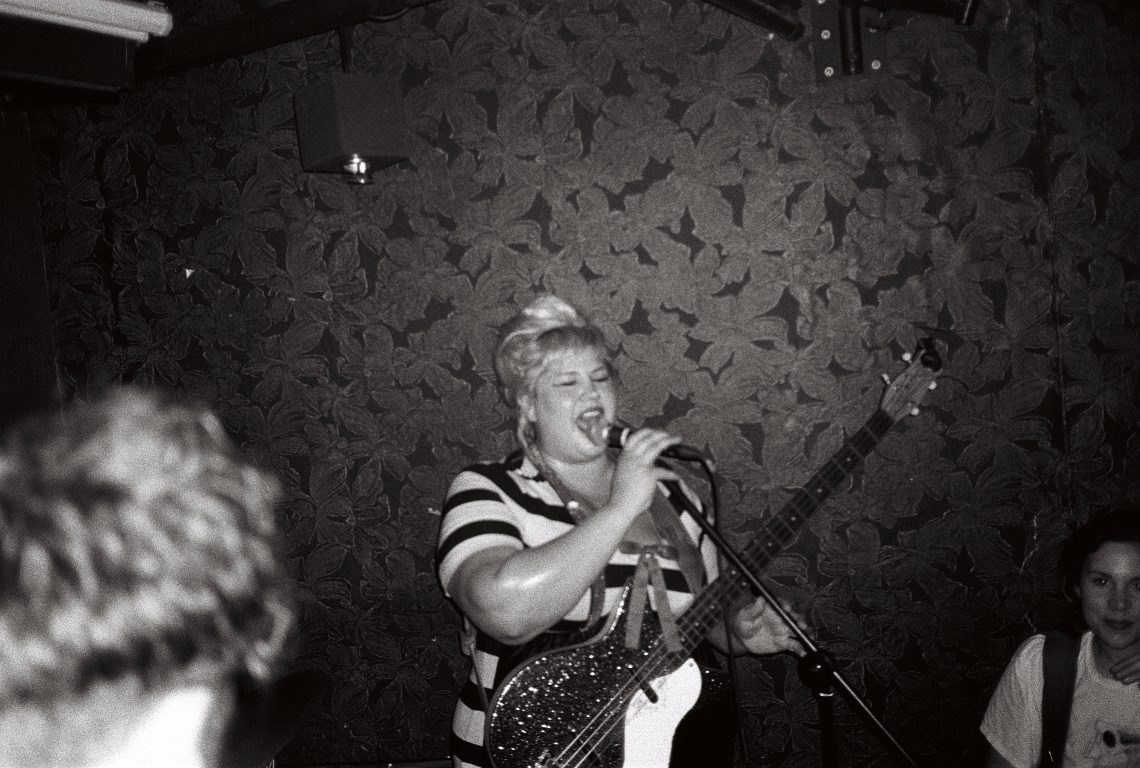 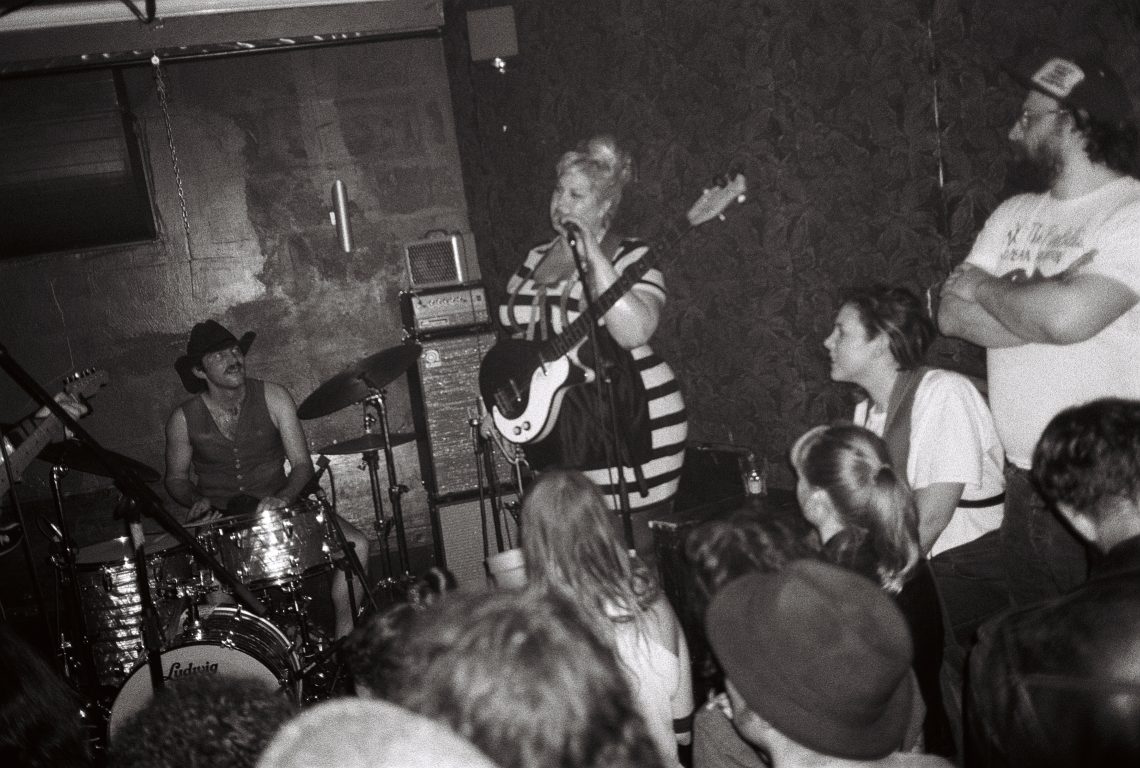 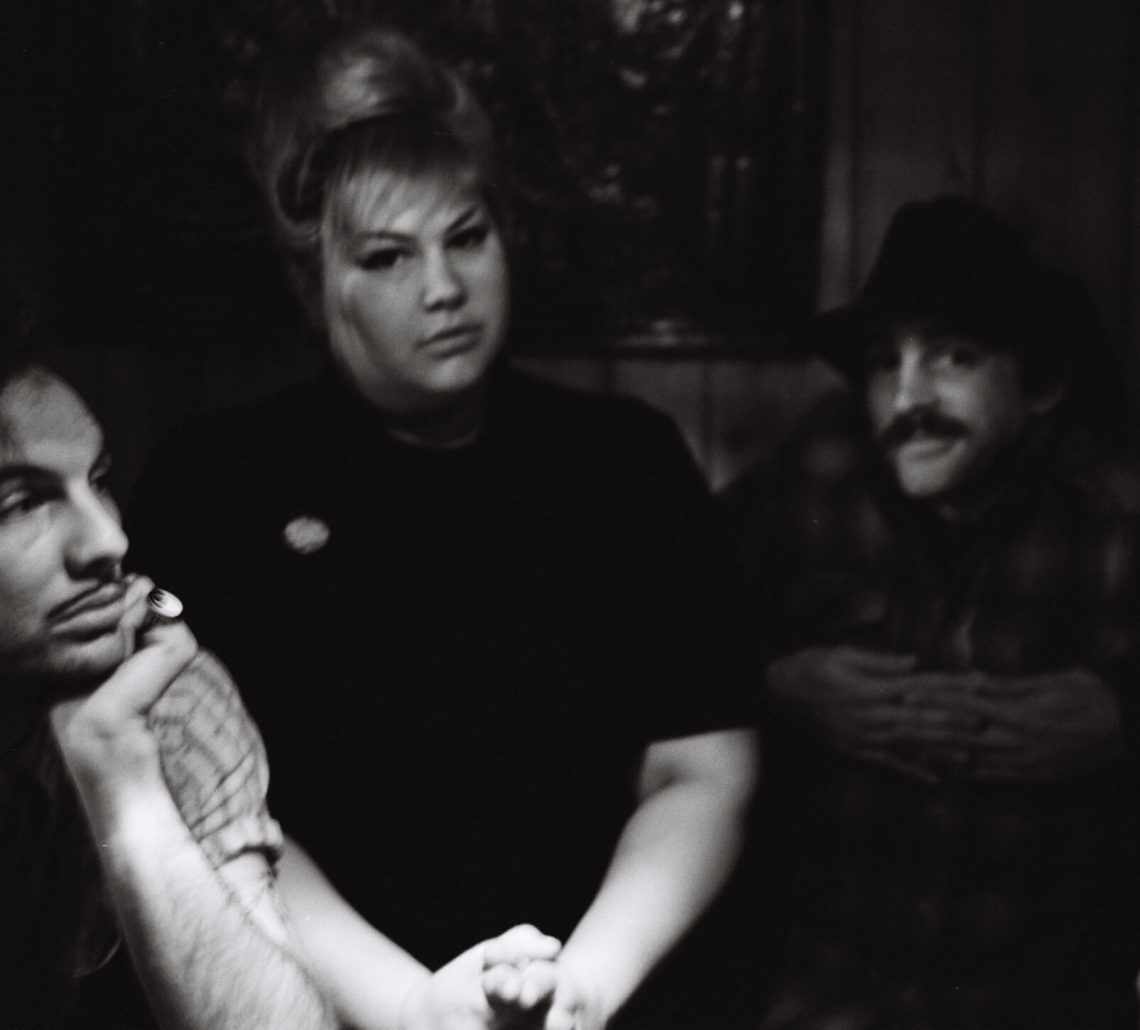 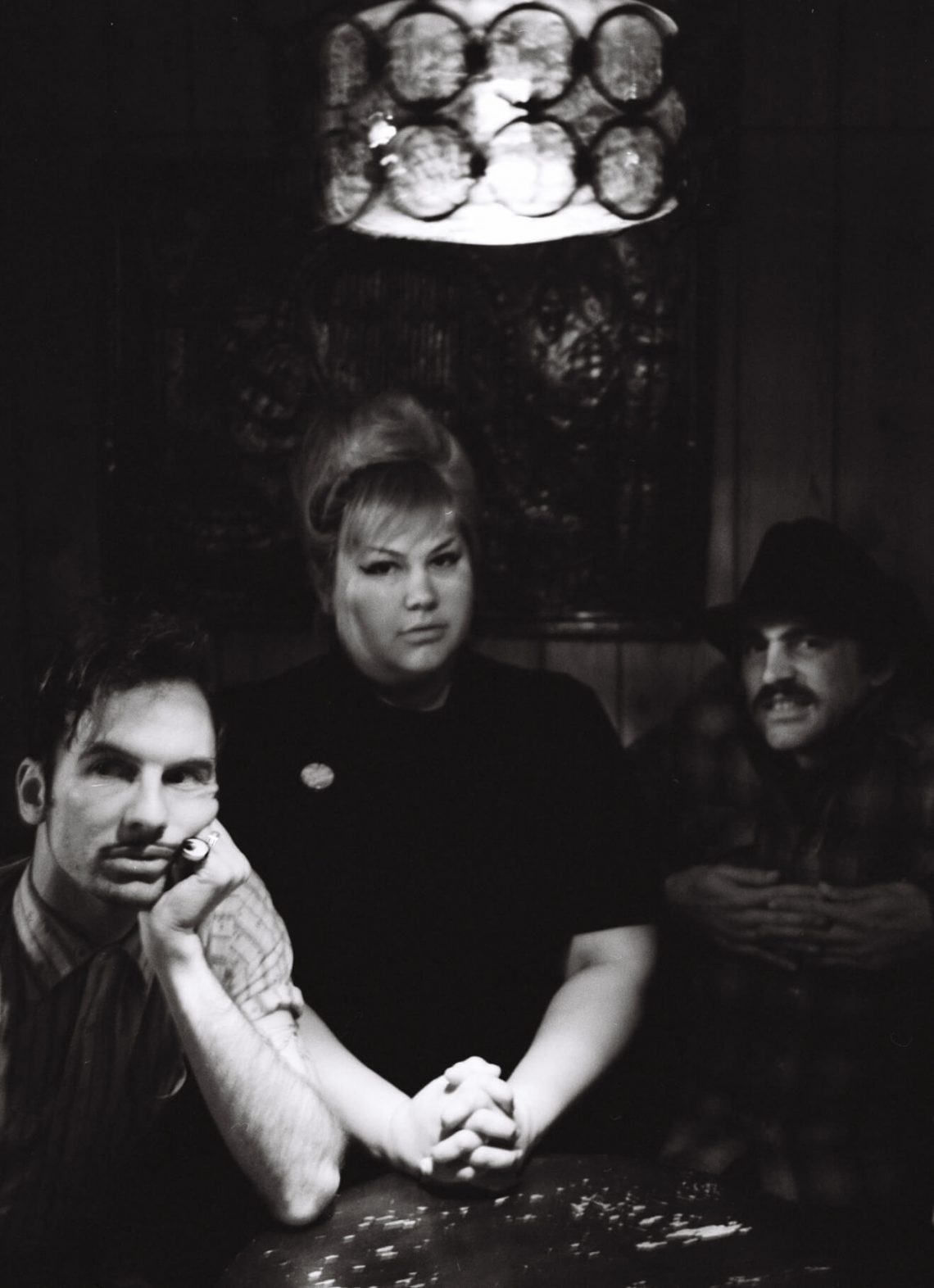 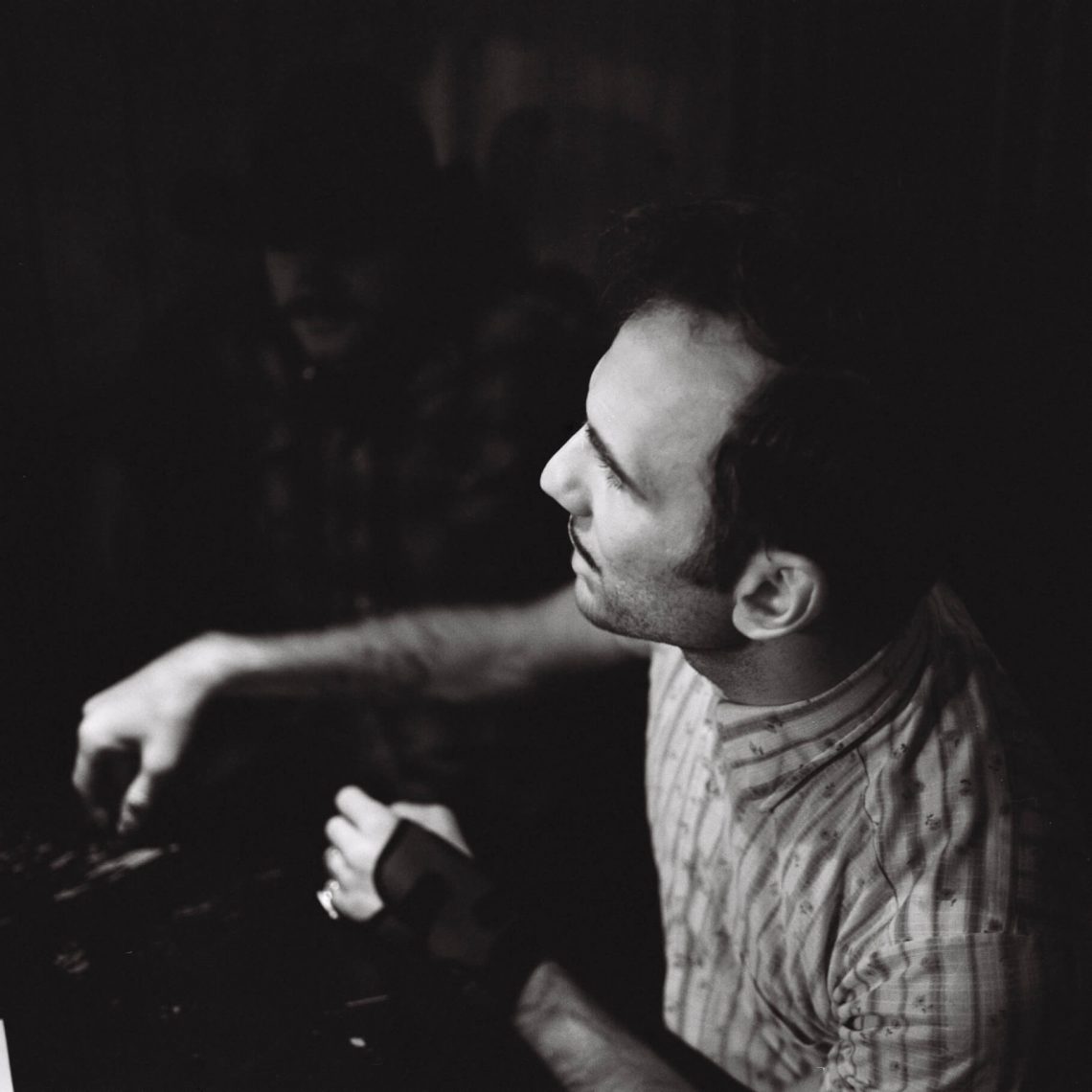 Lola Who: Musically, do you sometimes feel like you are trapped in time How do you keep evolving withing those musical boundaries of recreating the sounds of the 50s and 60s?
Cody: I think that when we started, we were just trying to write a song and play it without fucking up and getting through the song. And you have very simple tools; you figure out if you can play and imitate one specific style, and after youve done that successfully, then you can add your own thing into it. But it seems like the first step is trying to imitate something that you really like, and then you can change it. But I think its cool to have a base thats rooted in 60s’ sound, and then you add a lot of other stuff into it, so it always kind of has that sound, but its a little bit weird.

Lola Who: Was the recording process different with Gone By The Dawn?
Cody: Yeah, we usually record our own records, but this time, we went to a recording studio, and our friend was a producer there; which just means that he keeps us on schedule, and he comes into the room and tells us to try it again, or to do it differently.
Shannon: Yeah, the producer helps you make better decisions when you’re recording and he also encourages you to try different things. Its so easy for me to stay in my comfort zone, especially with recording cause its not my thing… So it was nice to have someone come in, and encourage me to try new things. Theres so many times in the first three albums where Im totally flat, or singing wrong lyrics, or the base was out of tune and I didnt notice Things like that make it more charming, but also at this point, I would rather not keep making the same mistakes. So having a producer gave us a chance to focus more on creativity.

Lola Who: Shannon, I saw that you were also into drawing. For how long have you been painting and how did start?
Shannon: Ive been drawing since I was a little kid, kind of in the same way that I write songs. A lot of times, my emotional reaction to something is escapism So I remember doing these really mean drawing of my mom, when I was little, when she went on this fancy vacation with her new boyfriend, and me and my brothers were stuck with my dad, and our van was broken down in the desert, and I was drawing these super detailed angry drawings of my mom. I remember drawing Birkenstocks, and I made them way too tight and their toes were curling up… It would probably be so funny if I saw those drawings now.

Lola Who: I read somewhere that this is a breakup album. Can you give us some tips on how to survive a breakup?
Shannon: I think you need to get distractions for yourself and be creative; try new things, get in touch with people that had nothing to do with the relationship, and only surround yourself with people that make you feel good, thats what I did.  I also tried to seek out old friends that I was trying to catch up with for a long time. Whenever I feel like Im over the relationship, something happens that makes me realise that its not done, but generally, Im fine. Im better now, probably…
Cody: I think you should stop talking to your ex completely. Dont be around your ex, just stay awaylike really far awayand dont talk to them for a long time.

Lola Who: Some people say that women in music face more struggles and judgments. Have you ever felt sexism and negative judgment as a woman making music?
Shannon: Oh, absolutely. I didnt grow up thinking that I was capable of playing music. I thought that it was for guys, or for really special people. I didnt really grow up being told that I should try it. In fact, all my brothers played music, all my uncles played music, and I wanted to and asked my mom every year if I could play something in school. But my two brothers would never let me. So that cemented the fact in my mind that it wasnt for me to do, it was for the boys. When I first started playing I was 25. I was an adult. And it was really scary to be playing around guys whove been playing since they were in elementary school or teenagers, and for years I had a hard time finding my voice Feeling like I had a say, especially in recording cause I have no idea what Im doing. I still dont know what Im doing, but I have more confidence. When I know that something doesnt sound or feel right, I say it, and I just figure out how to articulate it