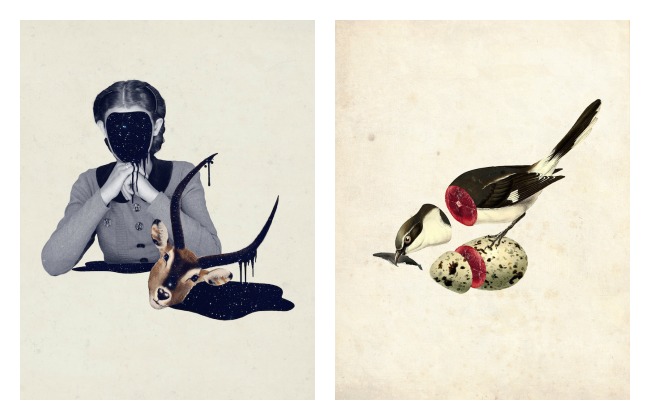 Julia Geiser likes animals. We think. They feature so prominently in her collages… but they’re also often cross-sectioned. Cut in half, or a few times across the neck. Their faces used as masks, with some suspicious dripping along the sides. Before you call animal services though, just be aware that her human subjects get a similar treatment, and they too, pose nonchalantly without care for the fact that they’ve been neatly portioned into thirds. In her world, the insides of living creatures resemble salmon steaks, and sometimes, outer space. Geiser specializes in digital artwork, choosing to only use pictures from online sources, using it as a platform to, as she puts it, “debate about rights and licences, about privacy and commons, about ownership and laws.”  It’s a relevant issue, and one worth pondering, especially when it’s brought to our attention in a way that’s so oddly appealing.