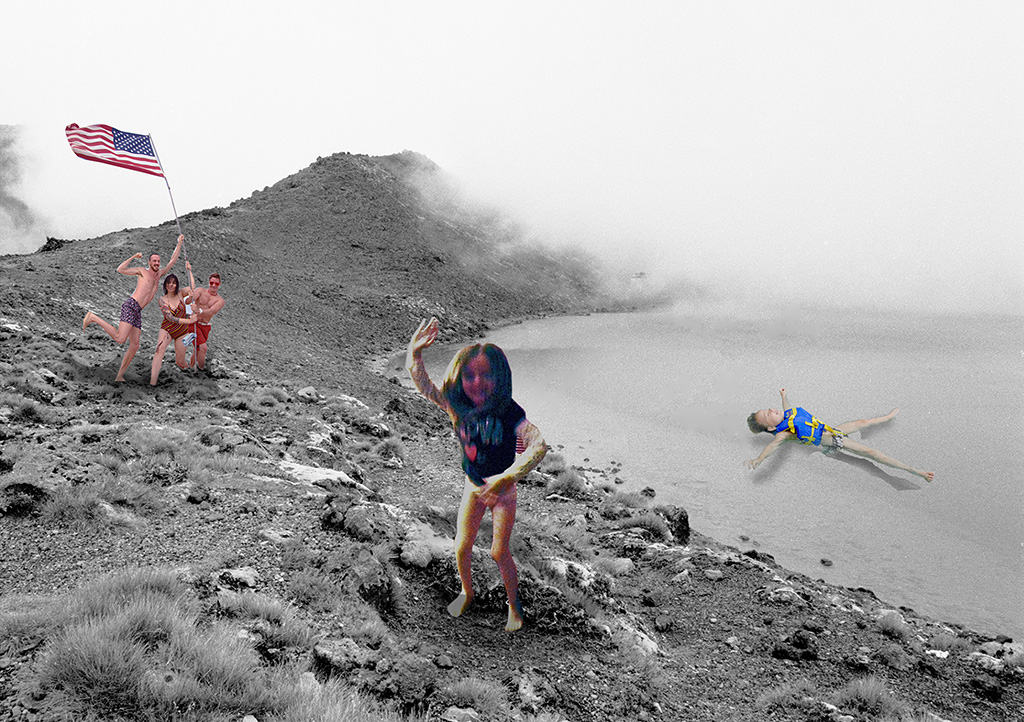 So, say we’ve wrecked the Earth. Destroyed it beyond recognition, blown it up in a churlish fit, and we’re forced to leave. After the initial panic, massive casualties and botched evacuation attempts, we decide on the moon, or some moon-like world, and settle there. Now pretend it’s been 20 years since and living on this lunar-esque terrain has long since become mundane. New York based photographer Luis Carle imagines just thata place that may have taken us light years to travel to, but isn’t all that different from our own. People still swim, drive, bike, and hang out with their friends, only against a bleak, colourless landscape. Something to find comfort in, in the event it really does all go terribly wrong.