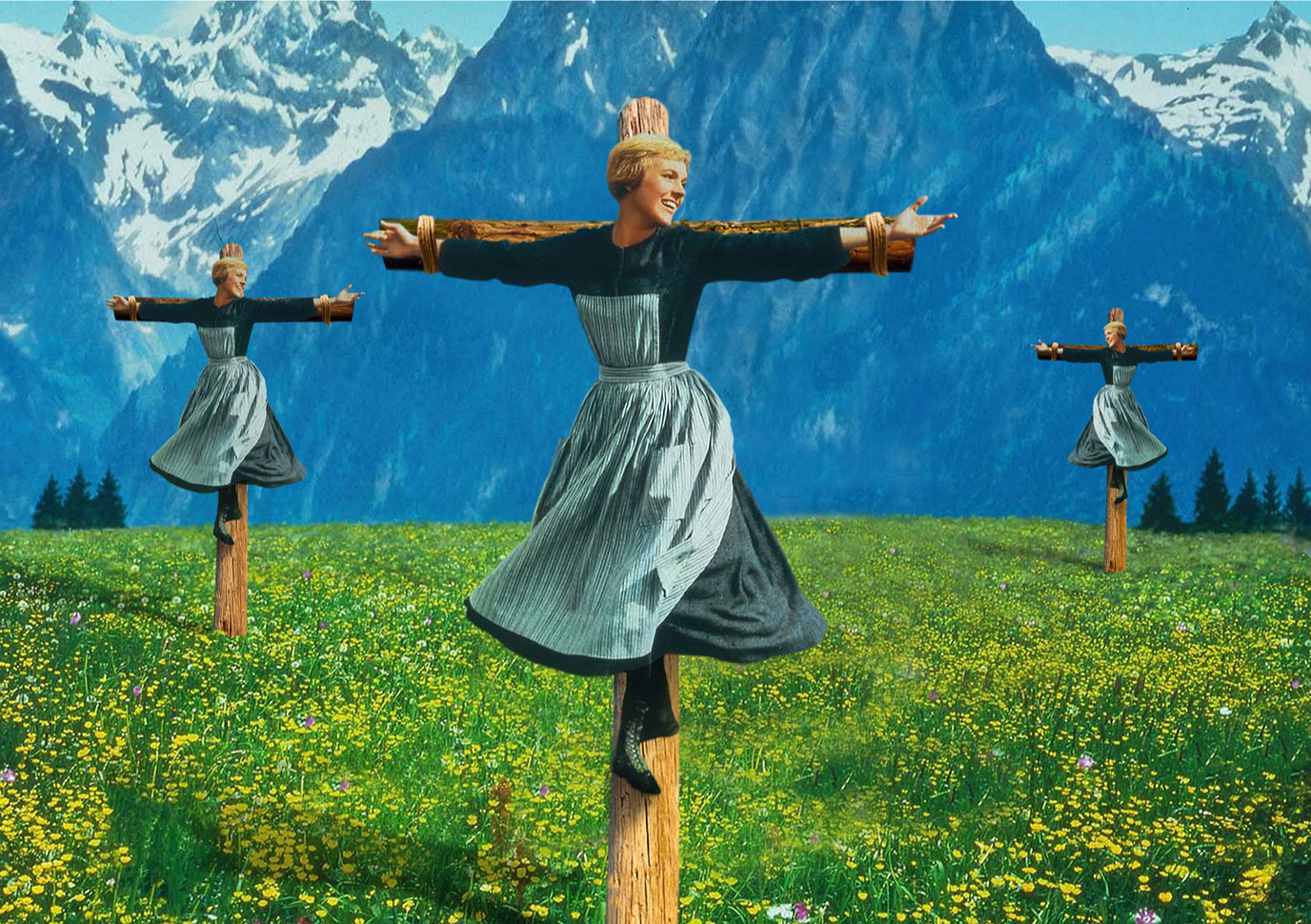 Oddly Head doesn’t take Hollywood too seriously. Iconic movie posters are tartly satirized, the original impact of the images replaced with a sinister tone. Dorothy seeking safe passage to a certain Swedish furniture store. Singing in the rain in a rough part of town. A subjugated Jaws. Oddly Head (not his real namethat would be Tim Fishlock) twists conventional tropes in entertainment by applying a thin veneer of cynicism to his work and repositioning to provide a topical perspective. Who needs Emerald City in the 21st century when there’s an Ikea down the street? What could possibly be scarier than Simon Cowell (especially if you happen to be an aspiring singer)? And it’s not that Fishlock doesn’t like movies. Like the average person, he’s been known to enjoy watching them. But in his words, “by taking the sheen off these images and presenting a darker version, hopefully that says something about the world today.”