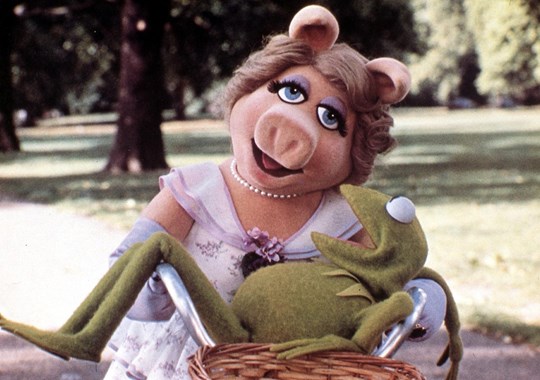 Despite being a bit difficult, Miss Piggy, the diva of The Muppets Show, received a renowned feminism award in New York last night from the Brooklyn Museum Sackler Center for Feminist Art for her said contribution to society and to the feminist movement.

According to Elizabeth Sackler, the awards namesake, Miss Piggy embodies spirit, determination and grit and has taught millions how to overcome obstacles.

The new feminist icon with Gloria Steinem at the award ceremony on June 4, 2015

Some might say Miss Piggy cares more about her appearance than about womens rights, but in a recent essay published on Time.com, she took the time to explain her views about feminism and why she deserves this award, ”I believe that any woman who refuses to accept societys preconceived notions of who or what they can be is a feminist. I believe any woman who is willing to struggle, strive  and if necessary learn karate  to make their mark in the world is a feminist. And, yes, I believe that any woman, who cares about her appearance, her star billing and most especially her percentage of the gross, is a feminist.”

Kermit the Frog, Miss Piggy’s partner in crime, attended the award ceremony and even tweeted an image of Miss Piggy having a conversation with Gloria Steinem, who presented the award.

The Sackler Center First Awards is an annual event honoring extraordinary women who are first in their fields, according to the centers website.