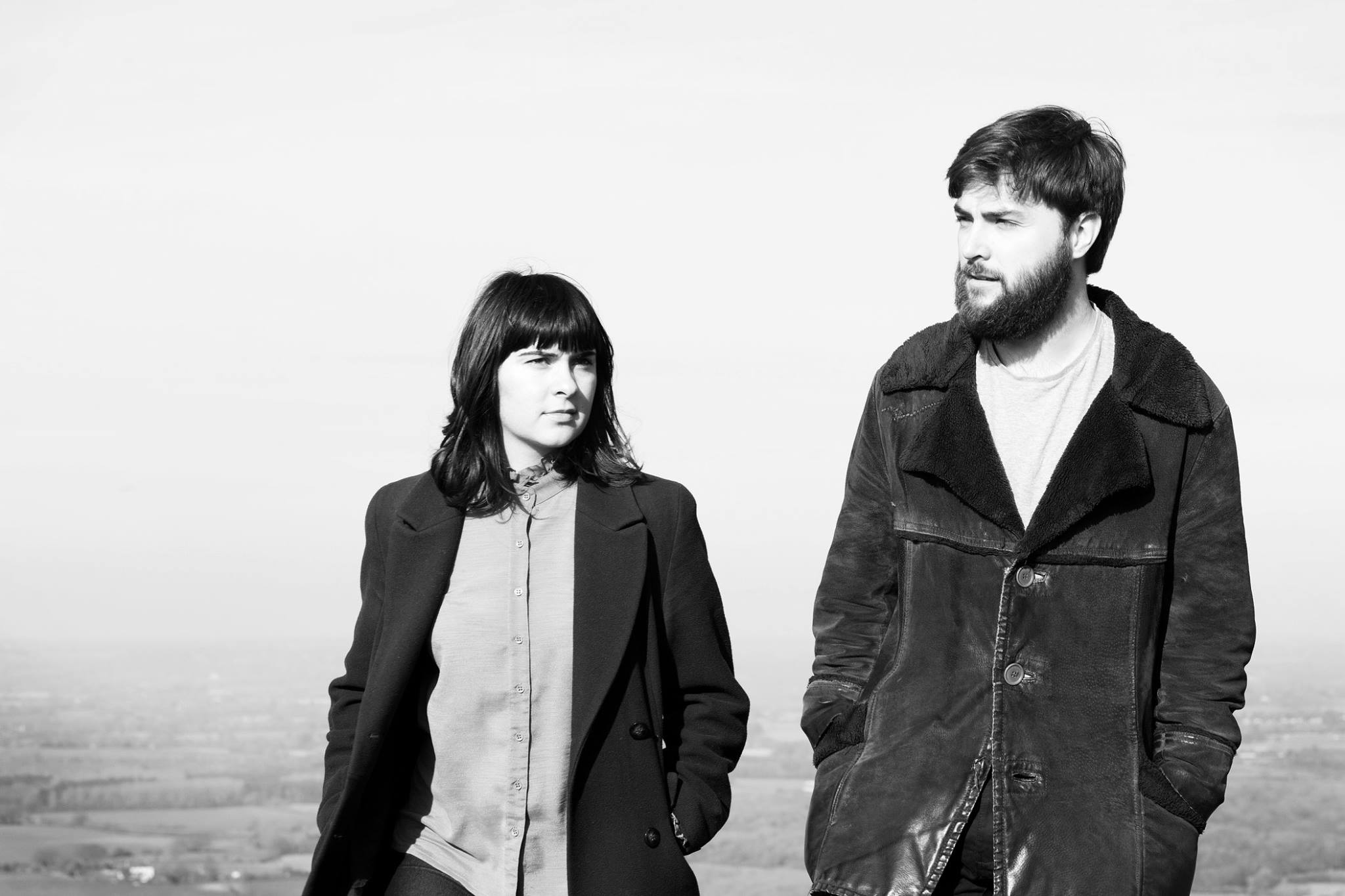 Based out of Brighton, UK, long-time friends Rachel Butt and Ed Critchley make up GAPS, an electro-folk duo with a sound that needs to be heard. Meeting as children, the duo developed their own individual sounds before coming together to produce their first album In, Around the Moment. This album sees the duo working with UK based label owner and musician, Maya Jane Coles to produce a hauntingly boundary-crossing sound, fusing together Rachels folk acoustics with Eds electronic beats. Rachel answered a few questions about the formation of the band and the experience of producing their first album.

Lola Who: How did the two of you come together to form GAPS?
Rachel: Weve known each other since secondary school but never thought of making music together until recently. It was by chance that I had been writing some stuff and played it to Ed one eve, after a few bottles of wine. He had just set up a home studio so he took the files to three ideas and we set about making a few tracks together, just for fun.

Lola Who: You were both drummers in other bands. However there is not a prominent drum sound in your music. Why is this?
Rachel: Good question! I think we both love and appreciate the sound of acoustic drums so much, youd need bad ass mics in a proper studio to capture them fully. Looking at what was availablethe midi software drum sounds never cut itwe decided to create our own palate of sounds to use in place of drums. It’s much more fun that way too as you can take it anywhere you want to go.

Lola Who: How do you think being a drummer influenced the music you make?
Rachel: I think it has had a massive influence on us both. Ive spent my life playing drums, rather than guitar, so it means my guitar playing is limited and very simple. Within that, I focus on the rhythm of the notes and loop an idea repetitively which forms the foundations of a lot of the songs. Ed is a real wizard at creating complex and interesting beats. I love hearing what he does to my ideas as he often starts them at a different beat in the bar. It can feel strange at first, but it’s exciting too. I think we both appreciate space in music too, which is a big part of our sound.

Lola Who: Your music seems to be referred to as boundary crossing, between electronic and folk genres. Is this something that you intentionally strive for or does it just happen naturally?
Rachel: We didnt set out to ”be a band” and think about what we wanted to be, rather, it is the bringing together of two worlds, I suppose. In that sense, it’s very natural but we embrace the term and enjoy experimenting along the spectrum between folk and electronica.

Lola Who: What did you hope for in recording your first album, and do you feel like you achieved these with “In, Around the Moments”?
Rachel: ”In, Around the Moments” is a collection of songs, almost time lined from when we first started making music together. I think we quickly realised we had a sound and stuck to a certain formula/recording process which we wanted to retain. My recordings are all original takes; writing the lyrics as I record, developing it as I go, etc.  So we wanted to keep that ‘documentary’ style and not ‘re-record’ the vocals for the album. I also record my guitar and vocals through a mac mic, and Ed stuck with this when capturing found sounds so it has a tiny, lo-fi quality to it. Were really chuffed to be able to put it out in the organic way it was produced. To me, it makes it special and there is a lot of real, raw emotion in it.

Lola Who: What was it like working with Maya Jane Coles and her label I/AM/ME on your new album?
Rachel: It’s been a privilege to work with Maya and be able to put this album out on her label. She really gets it and respects creative integrity which is rare. It was important for Ed and I to find the right home for this release because we didn’t want it to be workshopped by outsiders. We had a vision for the album, and she gave us full creative freedom to put it out as we wish, so for that we are very thankful!

Lola Who: The songs on “In, Around the Moments” seem to cover a range of emotions in the music. Where did these emotions come from?
Rachel: It is a very emotional album and the music we make is pretty intense at times. Im quite a positive person but I feel things deeply, and when tough things happen to me or the people I love I pick up my guitar. I find sanctuary in that. I record as I write, as I let it all out. These ideas form the foundations of the songs which Ed works his magic around. He sticks with the mood of the songs and writes from the heart too.

Lola Who: Your blog has a lot of references to female artists from all over the musical map, with Kate Bush’s name appearing a lot. What has been their impact on you, as a band with primarily female vocals?
Rachel: Ah yes! I love Kate Bush. I love her music but also her courage to be herself and go in whichever direction took her fancy. She was a true pioneer of her time and remains so. I love her defiance at not touring throughout her career because she wanted to focus on making music. It can be tough to hold your own in this industry, and you have to respect people who stay true to themselves.

Lola Who: What is the writing process like for you?  Do you collaborate equally on all aspects or do you shift back and forth?
Rachel: It’s very much an equal process and a collaboration, but we do most of our work on the tracks separately. Our writing process is pretty formulaic; I write and record the initial ideas, building up soundscapes with layered guitar and adding vocals and harmony. Ed then takes the files and gets to work on writing further instrumentation and production. Then it goes back and forth via email as we decide on structure and sounds. We always come together in the end to do the final edit. On the album, some of the tracks are more developed by me and sent to Ed as a structured piece, like the track ”In, Around the Moments.” He uses more of a light touch in this instance, and I suppose the outcome is at the folk end of the spectrum. Other tracks like ”When Im Gone” started with just a few simple ideas from me. On these tracks, Ed leads the arrangement and builds an electronic world around my repetitive mantra over the guitar.

Lola Who: When exactly can we expect the new album and what are your upcoming plans for summer 2015?
Rachel: The album will be out on June 15th, available to download, and it will be available to buy on Vinyl and CD later in the year; in autumn, I think! Well be playing a few shows to celebrate the release in the UK; 18th June at The Lexington in London, and the 24th of June at the Hope in Brighton. Looking forward to summer too, well be hitting a few festivals and soaking up the sun!