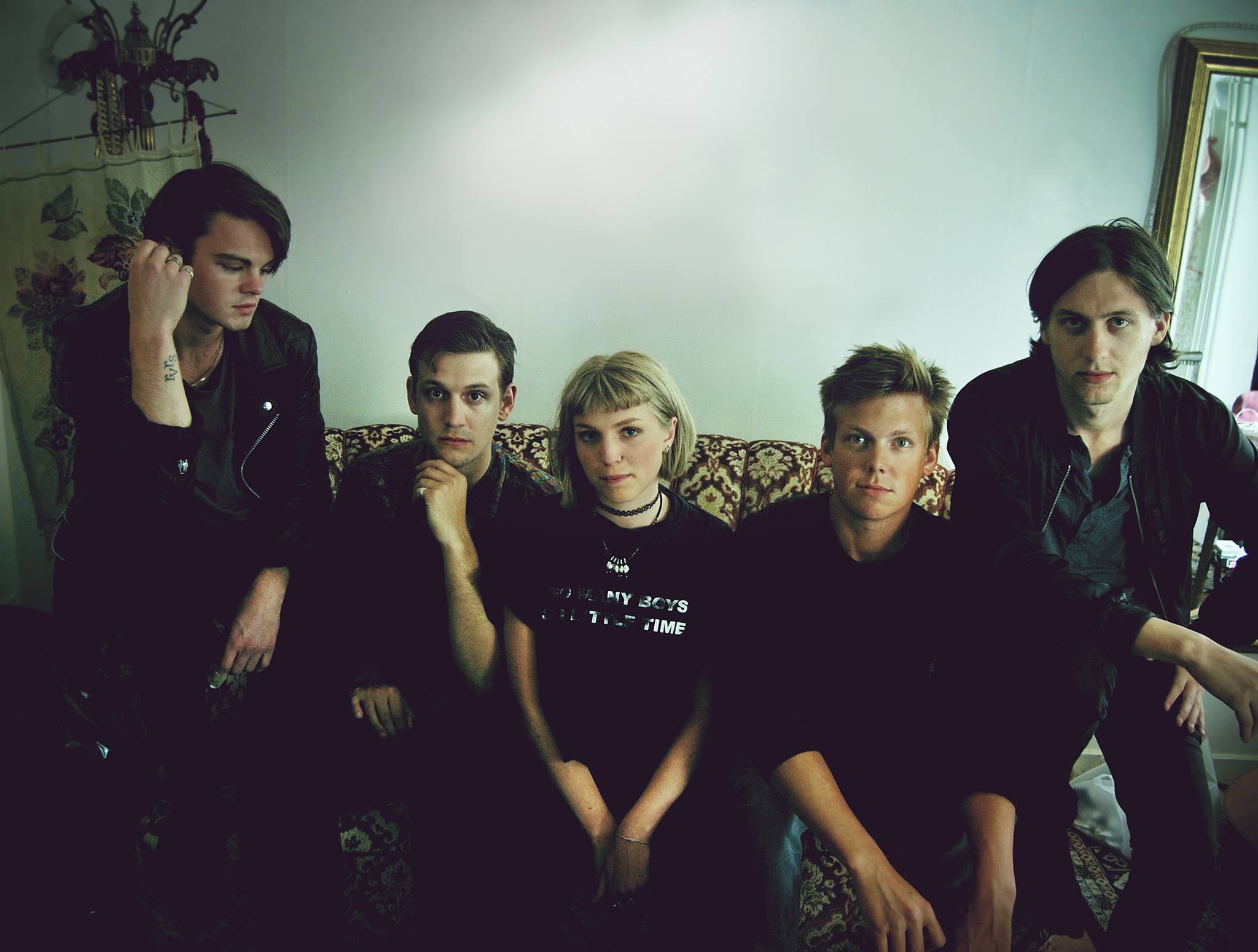 Reveries is a new up-and-coming band based in Linköping, Sweden, composed of Alice Axinder, Gabriel Petterson, Noa Åkesson, Konrad Annerud, and David Elliot. They’ve only been together for about three years, but they’re finding their sound and gaining some momentum. Their vague indie/alternative rock has an airy and dreamlike quality to it. They make great use of aural space and aren’t afraid to let each instrument and vocal breathe, giving it so much space as to evoke sparseness. In this interview, Alice discusses how the band has come together, her side photography project, and how her music has a synesthesia-like effect on her.

Lola Who: What are the musical backgrounds of the band members?
Alice: Weve all been fiddling with music for a long time, with different instruments and just trying to make something… Our drummer, Konrad, and bass-player, David, are in another band called People. They make really good music, although very different from what we do; it’s more Brittish-sounding. But I think what we all have in common is that were fascinated with music as a whole; we wouldnt be the same without it. Music has built a home in every one of us.

Lola Who: What is the Linköping music scene like (for lack of a better term)?
Alice: Theres a lot of metal here, which makes it rather hard for us to find our way to people. Were trying to make our way in the rest of Sweden as well. Its always good to go to a fresh new city and play. We would very much like to go back to Gotland where we played two summers ago. All I remember is that everything was golden and that we spent a lot of time by the sea. It was one of the best times weve had.

Lola Who: It appears that you have been releasing your music one song at a time. Will you continue with this pattern or do you have plans/hopes to release an album in the near future?
Alice: Right now were focusing on writing and producing new material. The other day, Noa showed me his most recent idea and I fell for it instantly. I knew that was it. I dont have that feeling very often… For me, when youre working with this many people, the odds are constantly against you. But sometimes, all of a sudden, youre just in perfect sync; that can be the climax of song-writing.

Lola Who: What is the songwriting process for the group? Is there a principal songwriter or is it more composition by committee?
Alice: To be honest, were still working out this part. Maybe its supposed to be a process. Right now, we all come up with basic ideas and then we go from there. For the vocals, I usually have a draft that Noa develop into something good, and the lyrics often come along with the melody.

Lola Who: What is a live performance by Reveries like? What are your best experiences of performing and what are some of the challenges?
Alice: My goal is to be as transparent as possible; to act as a conductor between the music and the crowd. I sometimes think  you need to let go of yourself and let the music play the central role. But, the important part is to be yourself and maintain neutrality so that youre like a container, and people can project their own wishes and expectations upon. For me, the best stage experience, is to give all youve got until you’re left undone. Putting yourself out there, trying to communicate and engage with the audience are certainly some of the enjoyable parts of performing, but for me, reaching that point where youre completely engulfed in the music, is what matters most. Basically, showing the public how much you care for what you do, I think thats contagious.

Lola Who: On your online band accounts, you describe your genre of music variously as “indie pop/rock,” post-punk,” and “alternative.” As the band matures, do you expect you will go more in one of these directions?
Alice: I may be stepping on some toes here, but to me it feels a little ridiculous to define your sound in such a precise manner. I think the important part is to enjoy what you do, and then, hopefully, others will too. Of course it can be convenient to have a clear notion of what kind of music youre playing, but I think it can be limiting too. We all have our separate and common influences. You keep the parts you like and try to nudge them into what you make. Im sure our music style will transform and develop the same way as our music taste does.

Lola Who: I find that many of your tracks possess both a dark, brooding quality and an air of peace and calmness. Could you talk a bit about the emotion you put into your music and how it makes you feel?
Alice: When we have an instrumental draft for a song, I try to really materialize the mood it puts me into. Usuall, its easiest form me when I think in terms of colours. For example, “Phase II” is a light blueish-lilac. I will get into that mindset and to go from there. So if I feel that a song is golden-yellow, I will try to put that golden-yellowy mood that I have inside of me into words and melodies. Also, with racism growing in our country, our lyrics are getting more and more political. I think music is a convenient vent for such frustration and anger, and potentially a good way of making an impact, however big, on the political climate.

Lola Who:  You also have a Flickr account. For how long have you been interested in photography?
Alice: It all started when I was taking pictures using my excessively crappy mobile camera, years before the smartphones. We spent a lot of time at my grandparent’s cottage by the sea, and I discovered the pleasure of shooting ordinary situations and objects, and learning to see them as extraordinary. I remember taking a picture of my little brother, with the sun right behind him, with his curls lit up into a bright golden halo. Its just one of those moments that is easy to miss but that will always transfix me. Im thankful Ive seen it and have a way of capturing it.

Lola Who: Are music and photography two outlets for the same ideas and emotions for you, or do you use these art forms to express different feelings and thoughts?
Alice: In some ways they are similar. I think they are both about telling a story, but perhaps different kinds of stories. Photography is about seeing the niceness in everyday life, while music may be more about seeing something more… Telling something more… Of course photography can be that too… I think another difference is that I prefer shooting the things that make me feel good and calm, and I rather write and sing about the things that make me feel lonely or sad. So I guess theyre complimentary art forms to me.

Lola Who: Are there any performances, impending releases, or updates about which youd like to tell our readers?
Alice: Right now, we’re producing new material that we will soon begin recording, and then the plan is to pair up with someone who shares our vision and with who we feel comfortable working with. Then we hope to release a debut album. The songs and ideas we have so far have definitely hooked us, so were feeling really good about our new material and are looking forward to making it available to the public. I cant say I havent got a few concept or themes waiting to be materialized in the form of a lovely new album.