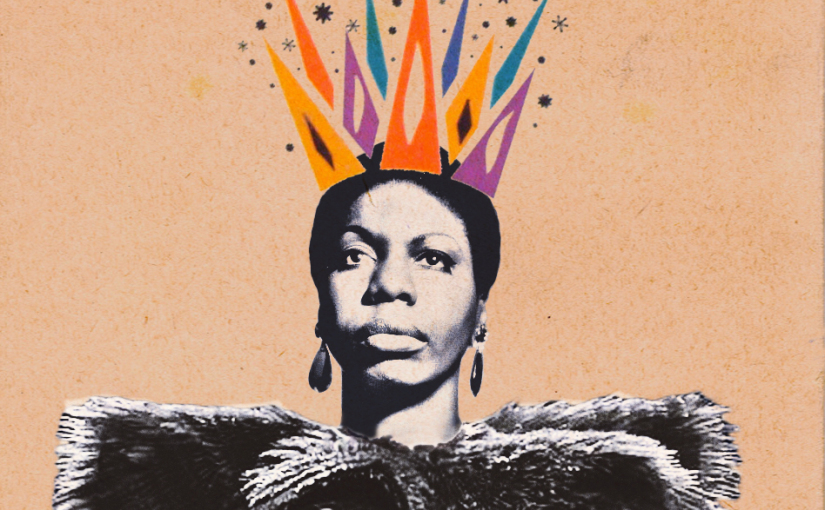 #OscarSoWhite. Again this year, the Film Academy saw a movement asking for more diversity in the nominations and in the film industry. Some of the most prominent African-American Hollywood figures pointed that all the 20 nominees for Best Actor are white, with not a single black person making it on the list of nominees. There is no way to avoid thinking of the beautiful and touching documentary film, directed by Liz Garbus, “What happened, Miss Simone?“ a film that is incredibly relevant in today’s entertainment industry. As one of the major voices of the feminist movement, Germaine Greer, pointed: Every generation has to discover Nina Simone. She is evidence that female genius is real.

“What Happened, Miss Simone? combines previously unreleased archival footage, diary entries and interviews with Ninas daughter and friends, and gets its title from a Maya Angelou poem.

Nina Simone was born in North California, to a preacher, and trained from a young age on classic piano. She had a goal to be the first African-American female classical pianist in the U.S. She wanted to play Bach at Carnegie Hall. As a teenager, she was denied a scholarship to the prestigious Curtis Institute of Music in Philadelphiadespite a well-received auditionbecause she was black.

To fund her studies around 1954, she started to play jazz in a small piano bar in Atlantic City, New Jersey. But her boss wanted her to singhow else could she entertain people? It wasn’t long until she realized the strength of her voice, and soon after, the whole world would recognize Nina’s talent, elevating her to one of the biggest stage stars of her time.

Everything was perfect. Ninas dreams were coming true one by one. She was a star; famous, rich, and she finally played at Carnegie Hall. Only not a female classical pianist, as she dreamt of, but better yet: as the amazing Nina Simone.

But things were not so dreamy in the real world. Those were war times, with the Vietnam War serving as background to an equally important internal problem: racial segregation. When some may think the artists job is simply to entertain, Nina Simone believed that it is an artists duty to reflect the times.

Nina started using her music, lyrics, and influence to say all the unsaid.

Mississippi Goddamn was her response to the murder of Medgar Evers, a civil rights activist, and to the bombing of a Baptist church in Alabama that killed four black children. It wasnt a time when people were used to issues of racism being openly addressed by artists, and the song was banned in several states.

From then on, a civil rights message was standard in Ninas repertoire, becoming an integral part of her live performances. She performed and spoke at many civil rights meetings. In her own words, Im a real rebel with a cause.

Great art doesnt require great suffering, but a lot of great art was created in the presence of it.

After tons of her records were destroyed and her shows cancelled, her career was never the same again and she faded away from the limelight after reaching her highest peak in the 70s.

Much later, in the 80s, Nina was diagnosed with bipolar disorder. Perhaps it was one of the sources of her intensity. Facts are, she lost her balance and became very disappointed with people, and especially with the American society. In September 1970, she left the U.S.  a country she believed she no longer belonged toand went to live in Libya for several years. As she said during an interview in the 80s, when asked how far the Civil Rights Movement had come:

There arent any civil rights, Nina Simone said.
What do you mean? the interviewer asked.
There is no reason to sing those songs, nothing is happening, she replied. Theres no civil-rights movement. Everybodys gone.

After Martin Luther Kings death in 1968, the African-American Civil Movement slowly lost its strength, and until today the U.S. and the world suffer from racism and violence. But how worse could it have been without all those people who dedicated their lives to freedom and equality.

As for Nina Simone, she spent her last decades in the shadows, living in some of Europes major cities, playing regularly at Ronnie Scotts Jazz Club in London, choosing material which retained its eclecticism, spiritual songs and entertaining the audience by recounting anecdotes related to her career and music.

Nina Simone fought for a cause she believed indespite having to fight a second but not less difficult battle; mental illness and bipolar disorderand she believed that there was not another way of living. And certainly did always what she felt doing.

And she even died whenever she wanted. Just two days after she was awarded an honorary degree by the Curtis Institute, the same music school that had refused to admit her as a student at the beginning of her career. There you go, Nina! And oh boy the Oscars nights would definitely be more interesting with Ms. Simone around!