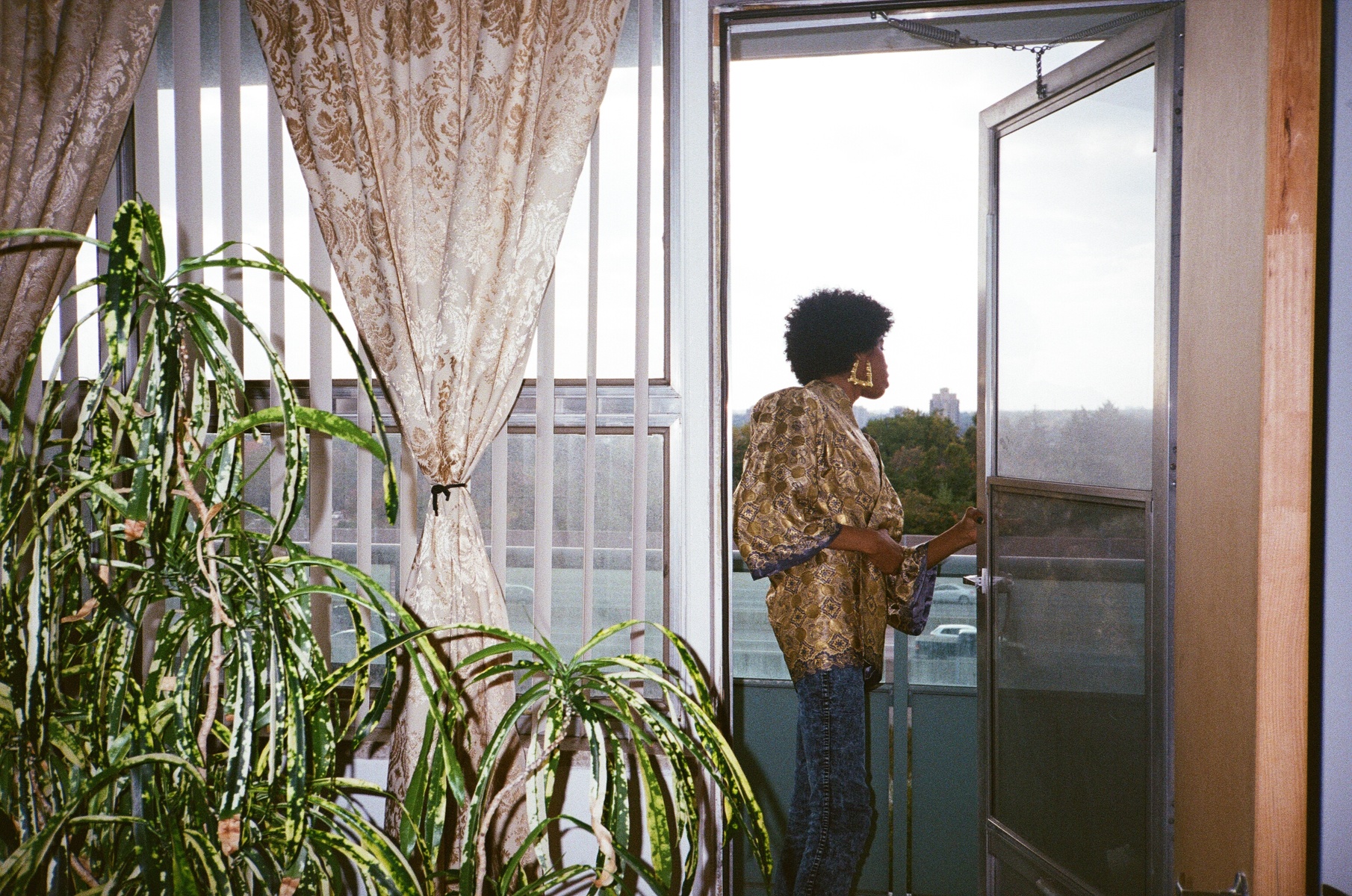 Last month, Toronto eagerly welcomed Bad Girls Club, a feminist art exhibit, to the city. Curated by Ariella Starkman, 28 zesty and bold artists came together to share their views. The exhibit dealt with the representations of female relationships, love, sexuality, and independence in modern society. Among this club of talented bad girls was Jessica Anne Rose, a young artists and photographer living and working in Toronto. Her photo series aimed at looking at womens culture in the public eye. Lola Who talked to Jessica Anne Rose about her artistic style as well as her opinions on social culture. Lola Who: Hi Jessica! Tell us a bit about yourself.
Jessica: I’m a 22-year-old artist and writer living and working in Toronto. While my practice has previously been predominantly painting, I’ve recently ventured into installation art, photography and video work to explore the nuances of individuality and the formation of identity. Lola Who: How did you first get into art and photography?
Jessica: I began taking photos shortly after graduating from the OCADs painting and drawing program. While researching my thesis, I discovered Jon Rafmans 9 eyes project, which I think a lot of people resent because its such a brilliantly simple project with such powerful results. When discussing the work, Rafman referred to the project as akin to photography; as in the sifting through endless Google street view footage, and choosing what images and at what angle from which to take a screenshot.  I realized then that my own thesis, which consisted of painting screen captures from surveillance footage imagery, was also developing my compositional sense and photographic eye. I began asking my photographer friends advice on how to start, and the unanimous response was just to keep shooting. I borrowed a friends film camera and carried it around with me for a couple of weeks. After I got the first few rolls back, I was totally enamored and bought a used film camera. It still feels like a new to me, but it was a natural transition as all my source material for painting was photographic. Lola Who: You recently participated in the exhibit “Bad Girls Club.” Tell us about how you became involved with this project.
Jessica: The curator, Ariella,  was interested in doing a show and some mutual friends referred her to me. She reached out to me, and we discussed our visions, and that was about it. The theme appealed to me because of the female-centricity of it, and I felt that it would make an ideal show to exhibit my photos for the first time. Lola Who: What was the focus of your work for Bad Girls Club?
Jessica: It was a mix of photos Id already taken, and also some photos from shoots that I organized specifically for the show. My work for Bad Girls Club was more focused on how the internet has been fundamental to the current wave of female empowerment, providing public forums upon which women can create and share personal moments, work, and form communities that validate their values. Girl culture has traditionally been dismissed as trivial by society despite being fundamental to the female experience. The work and presentation at Bad Girls Club were intended to mimic the aesthetic of these online forums such as Tumblr or Instagram, where a variety of images on a white background get cut off mid scroll. Lola Who: You mentioned that your subjects are often your friends. How do they feel about being showcased in your work?
Jessica: At art school, your peers are your materials half the time; I’ve modeled for friends, and they’ve modeled for me, its a very collaborative act. For the more intimate photos, I ask permission before I put them up anywhere. To be nude in public, even in flattering photos, is a very vulnerable thing and I would never want to put anyone in a position that made them uncomfortable. Typically people are flattered to be photographed for artistic purposes. So when I reach out to someone, it’s because of a variety of qualities that I’ve picked up throughout our interactions that lead me to want to capture them on film. Lola Who: How do you think social media networks, such as Instagram and Tumblr, are changing people’s perceptions of themselves and others?
Jessica: Im going to say what many before me have already said: the internet has provided a unique platform upon which people now have the ability to either cultivate or refine their public persona. These forums allow for individuals to have a more effectual hand in the way people perceive them what images they want to be associated with. While it can be disillusioning sometimes to meet someone in person whose real-time persona does’nt quite meet their online one, I do believe in there being something undeniably authentic about our online selves. If we only exist in the perception of ourselves and others, then our online identities have the ability to not only reveal a great deal about our ideals, but to shape or at least influence our realities. Lola Who: Your photographs have a cool 70s fringe feel to them. Is this a time period you draw inspiration from?
Jessica: The 70s is a very appealing era for its grit and glamour, but I would’nt say its the only era, or even the primary era Im referencing. Id say my work is a product of the subjects featured. Aside from the people Im surrounded by, film is my primary source of inspiration. I want there to be something cinematic about my photos which means I have to consider the environment in which Im shooting my subjects. I recently discovered John Waters old stuff like Pink Flamingos and Female Trouble from the 70s. Its so deliciously bizarre and twisted, featuring the true fringes of society, but theres so much humour and character to them. Nan Goldin and Wolfgang Tillmans are photographers whose work achieves this. I sometimes worry that true sub-culture or anti-cultures dont exist, that everything has been subsumed by capitalism into popular culture, but I think you can still find weirdos here and there. Lola Who: Lastly, what do you want audiences to take away from your work?
Jessica: I want them to feel like theyre coming upon the climactic moments of a wider narrative. My photos are not meant to be viewed in a linear fashion, but rather, like following a montage or recalling memories. I want there to be some recognition between the viewers and the subjects, some point of empathy. That in mind, Im aware that the majority of my subjects are young, hip and beautiful, which is something I want to improve so that my photos don’t become homogeneous. Like in Fellini films where theres just such a multitude of loud characters, each with their defiantly own persona, or the movie Slacker by Richard Linklater in which the viewer follows several unique narratives only united by their characters interacting briefly. He recognizes that our exchanges with people, brief or long, are only one experience in that persons entirely different narrative, in which you play a supporting role, and they are the protagonist. As a photographer, I want to revel in my role as supporting character in the wider narratives of the people I shoot.