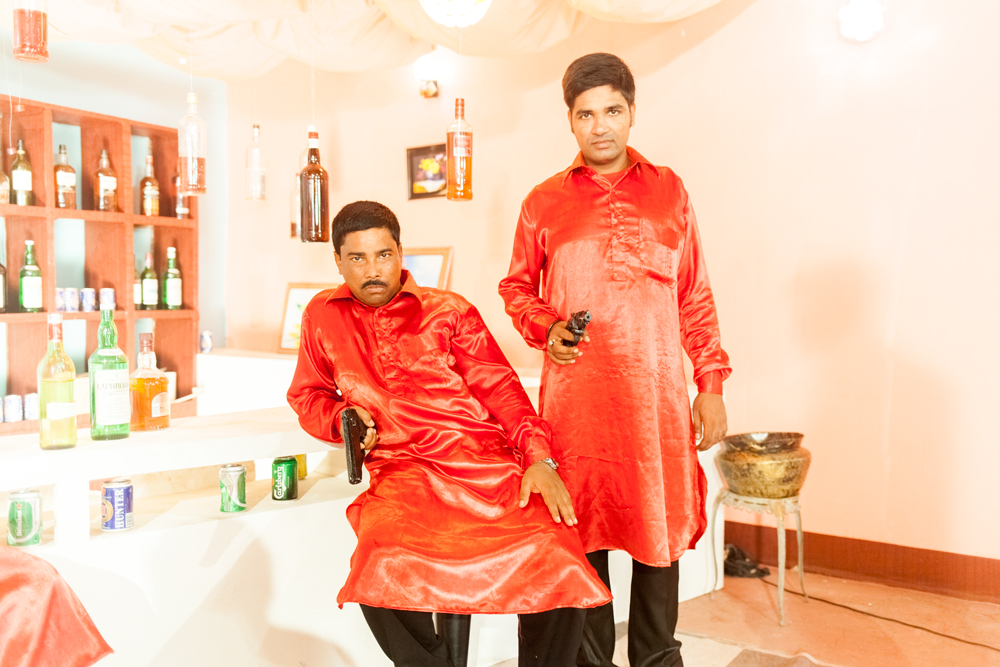 Being featured in the British Journal of Photography is no small feat. One of the oldest photography magazines in the UK compiles a yearly list of “Ones to Watch,” mostly young, but all talented, and on the cusp of breaking out.  Sarker Protick is a Bangladesh based documentary photographer that made the list in 2014. Currently a lecturer at the South Asian Institute of Photography, Protick has developed several photographic series, from a visual anthology of visits with his grandparents, to one of his most recent works “Love me or Kill Me,” inspired by the Dhallywood film industry (based in Dhaka, Bangladesh, hence the name). Here, we ask him more about this project, and let the artist speak for himself.

Lola Who: Youve studied marketing, photography and journalism in Bangladesh, the United-States, and the UK. Having lived in all those places, how would you compare the photography scene in Bangladesh?

Sarker: Actually,  it was only for a brief period of time, so I dont think I should compare. But undoubtedly, the photographic scene is very strong and dynamic in Bangladesh. There are many good photographers. We have a famous photography school called “Pathshala,” which has made a huge contribution to Bangladeshi photography. There is also a biennial festival of photography called “Chobi Mela International Photo Festival” that brings major and emerging artists from all over the world. We have a strong community, but unfortunately not many galleries are established here, especially in the photographic scene.

Lola Who: How did you know you wanted to pursue photography as a career?
Sarker: The moment I realized that nothing else made me happier than making photographs.

Lola Who: How would you describe your photography style?
Sarker: I never thought about this before. I guess my work is atmospheric, minimalistic and straight.

Lola Who: Tell me about your project Love Me or Kill Me. How did you come up with the idea?
Sarker: I was doing fictional work about my city and I wanted to make an image of someone who was just got shot dead. So I thought, maybe I can go to a film set. So, after getting access to a film set, I found myself in this crazy world, and it was an immediate and instinctive decision.

Lola Who: What inspired you to do a photoshoot about the Dhallywood film industry?
Sarker: The atmosphere, the colours, the strange artificial sets, the characters, almost everything about it.

Lola Who: What are the elements of a typical Dhallywood film?
Sarker: Love and vengeance. A typical good guy, bad guys, money, power, family, relationships, etc.

Lola Who: What are you hoping the viewer will take away from this project?
Sarker: I hope they wander around in these photographs and absorb the fantasy and humor of this surreal world.

Lola Who: What’s next for you?
Sarker: Some exhibitions and workshops in Amsterdam, Norway, Paris and Malaysia. I hope spend more time concentrating on my own work and slowly develop a book dummy.