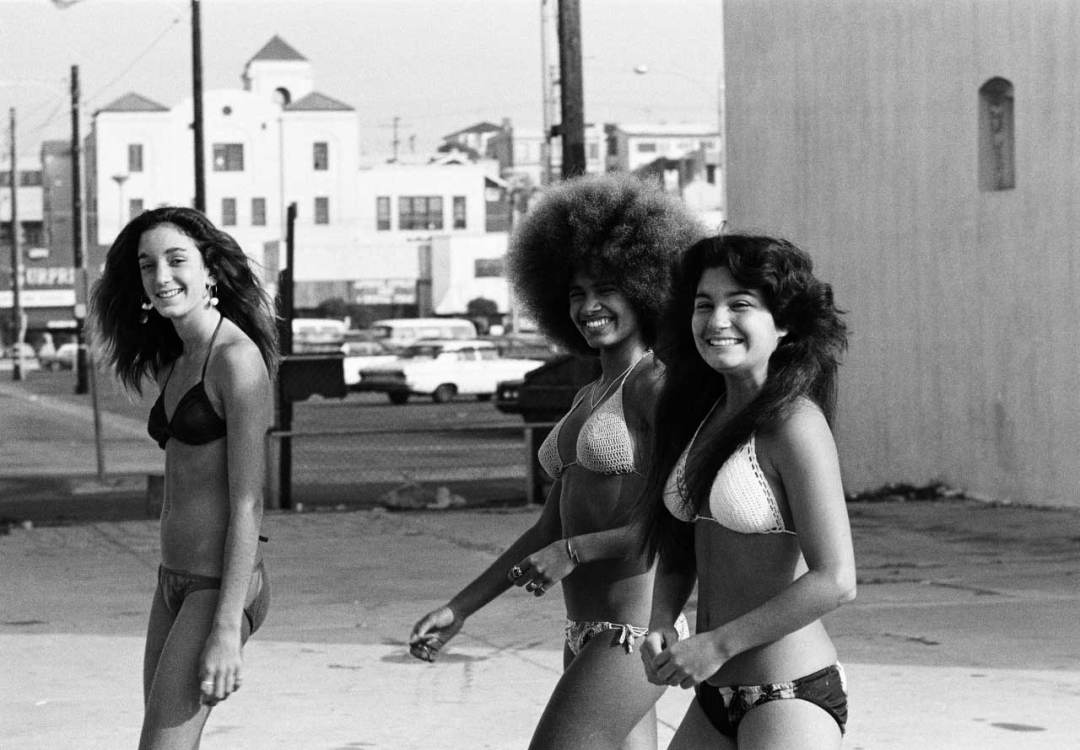 Spots first book of photography, Sounds of Two Eyes Opening (2014) published by Sinecure Books, offers a glimpse into the life of skate punks in California during the first surge of the punk scene. Punk burst forth in the 70s as a protest against commercialised, mainstream rock music, though it has since grown, hydra-like, by breaking off into numerous sub genres and infiltrating the mainstream itself. In Western U.S., California was the epicentre of the punk movement, with the fault line passing through Seattle and, across the border, to Vancouver. California also gave rise to hardcore punk bands such as Black Flag and the Minutemen. These, along with the Misfits, were produced by musician/photographer Glen Lockett, also known as Spot. Anyone who has ever seen a zine or a homemade punk/rock CD would be familiar with the handwriting style on the cover of Sounds. Inside the pages, the California sunshine adds a soft look to grainy black and white photos. Young women roller-skate around the beach town in swimsuits and knee socks, looking lithe and happy. Sporting the same socks and shorts, shaggy-maned young men hover over skateboards. When the sun goes down, they head to the clubs or studios. There are skaters surrounded by cops and punks shouting soundlessly into microphones, but no politics or anti-anything.

Many reviewers wail that Spot has made the bikini girls unsexy and the punk bands unglamorous. Theyre missing the point. This book does not cater to misguided (not to mention misogynistic) ideas of punk. Despite the subject matter, Sounds is raw but not crude, with an undercurrent of youthful energy. It is touchingly human. Sure, at $40 to $50 a copy, the price is not very punk. This should be no surprise  after all, Spot made his name packaging punk music for the masses. Maybe youd rather buy some decent beer or other substances.

But as the bassist of MonkJunkie, a Vancouver-based punk band, puts it, the [original] punk movement was’nt about music, it was about having something to say. If thats true, and the old adage about pictures and words holds, its worth paying attention to Sounds of Two Eyes Opening. These punks still have a lot to tell you.