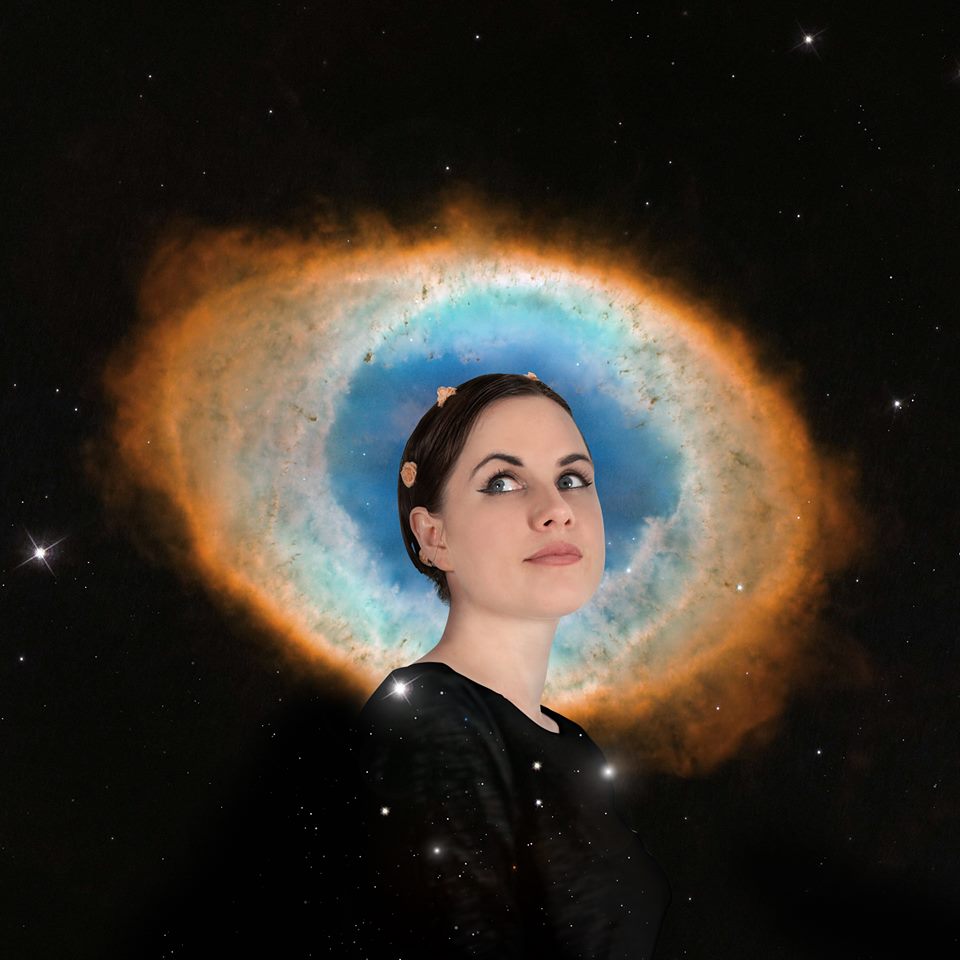 After the success of her debut album Lil’ Golden Book and it’s popular hit song and music video “The Cigarette Duet,” Princess Chelsea is back with her sophomore album, The Great Cybernetic Depression. Something of a concept album, this new effort is held together by a loose narrative and cohesive theme. It’s saturated by a futuristic synth-heavy sound which we heard glimpses of on her previous record. In this interview, Princess Chelsea discusses the influence her hometown of Auckland, her classical music training, the ‘sound of the future’ and the isolation tied to technological progress.

Lola Who: Your second album The Great Cybernetic Depression was released last month. What has your schedule been like since the album dropped?
Princess Chelsea: Very busyI have been touring constantly since it came out in New Zealand and Europe.

Lola Who: The heavy synth sound and sombre tone of this album is a noticeable departure from the atmosphere of your debut album. Were you intentionally trying to change your sound or was this a response to something that changed in your life or your approach to music?
Princess Chelsea: The last songs I had written for “Lil Golden Book” (Frack, Goodnight Little Robot Child, Machines of Loving Grace) were already going in this sort of retro-synth direction, so that’s where I ended up with this album.  A lot of the arrangements are similar to “Lil Golden Book” but are, like you say, with a synth palette so once you get past that it’s not all too different.

Lola Who: One thing that strikes me about the album is the duality, or perhaps even the contradiction, between the lyrical content and the musical atmosphere and instrumentation accompanying it. Many of the songs detail the loneliness and isolation that seem to be inexorably tied to technological progress, but you have not eschewed technology in your instrumentation or production.  Was this a conscious decision?
Princess Chelsea: That’s an interesting observation.  I suppose I’m influenced by early electronica from the 70s ant the 80s.  When synthesizers first started being used in music, people couldn’t help but think about things like space and the future, because that’s what it sounded like. So I guess that’s what I’m doing; I’m writing songs about the future using “the sound of the future” as it would have been in the 70s.

Lola Who: Though your first album “Lil Golden Book” does progress along a recurring motif growing into adulthood, your new albums theme of futurist alienation appears to be a stronger thread. Were you hoping to compose a more cohesive album in response to your first, which was sometimes overshadowed by the massive success of The Cigarette Duet?
Princess Chelsea: Musically I was aiming to compose a more cohesive sounding album for sureso I was really careful in selecting an 80s synthesizer palette to base the compositions on.  It took me many hours to do this.

Lola Who: Would it be fair to call the album a concept album? Did you set out at the start to make a concept album or was this just a subject about which you felt strongly enough to compose an albums worth of songs?
Princess Chelsea: I did set out to create a concept album. I had the album title quite a few years ago when I first started working on it.  Originally, I had wanted to have more of a cohesive plot so I started writing a short story with characters I’d use in the songs, which is where songs like “We Are Strangers” and “Is It All Ok” come from. However, as it transpired I ended up doing it a bit more vague than that.

Lola Who: Is the world you describe on the album your fear for the future, the problems you see that face us today, or more facets of a fictional universe youve envisioned?
Princess Chelsea: It’s kind of an exaggeration of what’s happening today and maybe where were going.

Lola Who: You worked with Jonathan Bree on this album as you did on Lil Golden Book. What do you think makes this a successful collaborative partnership?
Princess Chelsea: Jonathan Bree is good at all the things I’mlike the drums and arranging frequencies.  So it works well. We do argue a lot as it’s hard for him to invest time into my project but not get to always execute his ideasI’m a bit of  a tyrant, unfortunately.

Lola Who: How much do you feel your identity as a New Zealander is present in your work? As a North American, its easy for me to imagine your songs about solitude and isolation are informed by New Zealands remoteness as a nation. Is this a fair assessment or is it entirely unrelated?
Princess Chelsea: I’d say my life growing up and living here as a young adult would likely had an influence on my work.  I’m very positively influenced by other musicians in Auckland, the city I live in. There is a strong and healthy music scene, which is, to be honest, a lot more interesting than some bigger cities I’ve spent time in.

Lola Who: As a child you were classically trained as a pianist. If true, how has your formal musical education affected your adult life as a musician and composer?
Princess Chelsea: A lot of the arrangements I do are considerably influenced by baroque piano music I used to play growing up. It comes naturally to me, reading music is like reading words on paper.  This is a blessing and a hindrance as it can also cause me to arrange very similarly for every song.

Lola Who: Whats next for you? Are there any plans for the future about which youd like to tell our readers?
Princess Chelsea: I’ll record another album and hopefully it won’t take too long.  I’d like to continue travelling and performing in Europe and other parts of the world. I really enjoy meeting people and connecting with fans in a live setting.