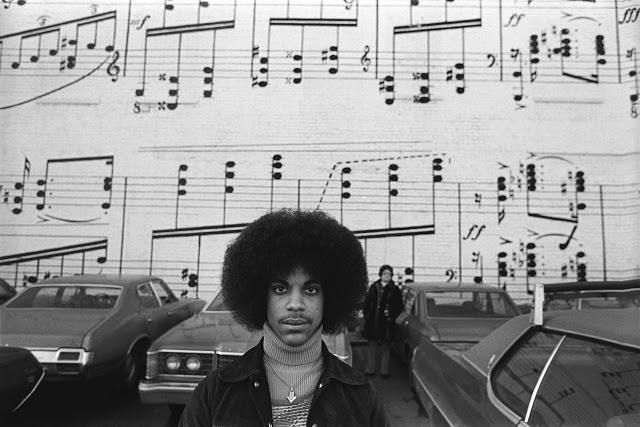 The so-called “kid from Minneapolis” was one of the greatest musicians of the 80s and early 90s with hits like “Purple Rain,”When Doves Cry, and “Cream.”  With his androgynous-dandy style, his musical genius, and his desire to create his own world, Prince Rogers Nelson was born for the stage. Three months after David Bowie, the world has lost another legend. At the age of 57, Prince was found dead at his home in Minnesota under circumstances that remain unclear.

These photographs, taken by the fine-art photographer Robert Whitman in 1977, capture the artist on the brink of being a superstar, in front of Schmitt Music old headquarter. “The shots were for Prince’s first press kit. We only used a few of the shots and created just 15 kits” said Whitman.

The singer, composer, and producer, who released 39 studio albums in 35 years, is considered one of the most innovative musicians of his time. With his music and his desire achieve a greater ideal, Prince reached perfection by shocking and uplifting man with his art, and thereby became a work of art himself. May you rest in peace.