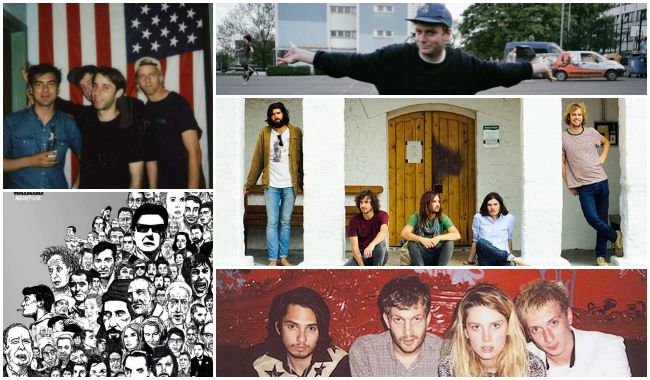 From old-time favourites to newcomers with raw appeal,
we picked five albums to listen to this week.

Mac DeMarco  Another One
It is an apt title for the fourth release from talented party animal Mac DeMarco. With little fanfare, little promotion, from his cramped, cigarette smoke-filled studio apartment, Mac gives us the mini-album all about love, “Another One.”   Mac isnt so much progressing as an artist but refining himself and his warped soft rock and scruffy aesthetic.

Tame Impala  Currents
Fans of the marshmellowy psychedelic sound of 2012s Lonerism and Kevin Parkers buttery Lennon-esque vocals will like Currents. The songs are again brilliantly crafted and expertly producedsoaring, though grounded by a crisp and boisterous rhythm section. Parkers newfound electro instincts are explored as the album boasts some pretty impressive, otherworldly synth programming.  The album opener Let it Happen is a raucous contemplation about needing to control your own fate that unleashes a next-level synth riff three minutes in.


RATATAT  Magnifique
In Ratatats Magnifique we get, in a similar vein to Mac Demarco, another one. No new tricks, no out-of-left-field experimentations, just more. More of the consistently catchy and heavy electro beats theyve been cutting for five albums now. One very welcome and present surprise is their cover of I Will Return the 1971 Springwater hit.


Wolf Alice  My Love is Cool
British indie stars Wolf Alice have finally dropped their highly anticipated debut album. They are a youthful but sophisticated band who are experiencing a high level of success right now. With Glastonbury performances, Pitchfork approval and My Love is Cool debuting at number 2 on the British album charts, Wolf Alice are entering the top tier of the music industry and deservingly so. Wolf Alice writes hits that dont sound like hits. Theyre simply compelling, intricately conceived rock songs that stick with you.

EZTV  Calling Out
Brooklyn-trio EZTV, from Capture Tracks, bring us Calling Out, a collection of emotionally fraught lyrics sung over breezy, upbeat guitar-pop jams. This contrast worksits like the band is saying life is full of pain but you just gotta rock on. EZTVs sound is nostalgic but with a live-for-the-present energy. So fire up the BBQ or head to the beach with some pals or engage in some solitary reflection in your bedroom, Calling Out is oddly appropriate for each setting. We recently interviewed EZTVcheck it out here!