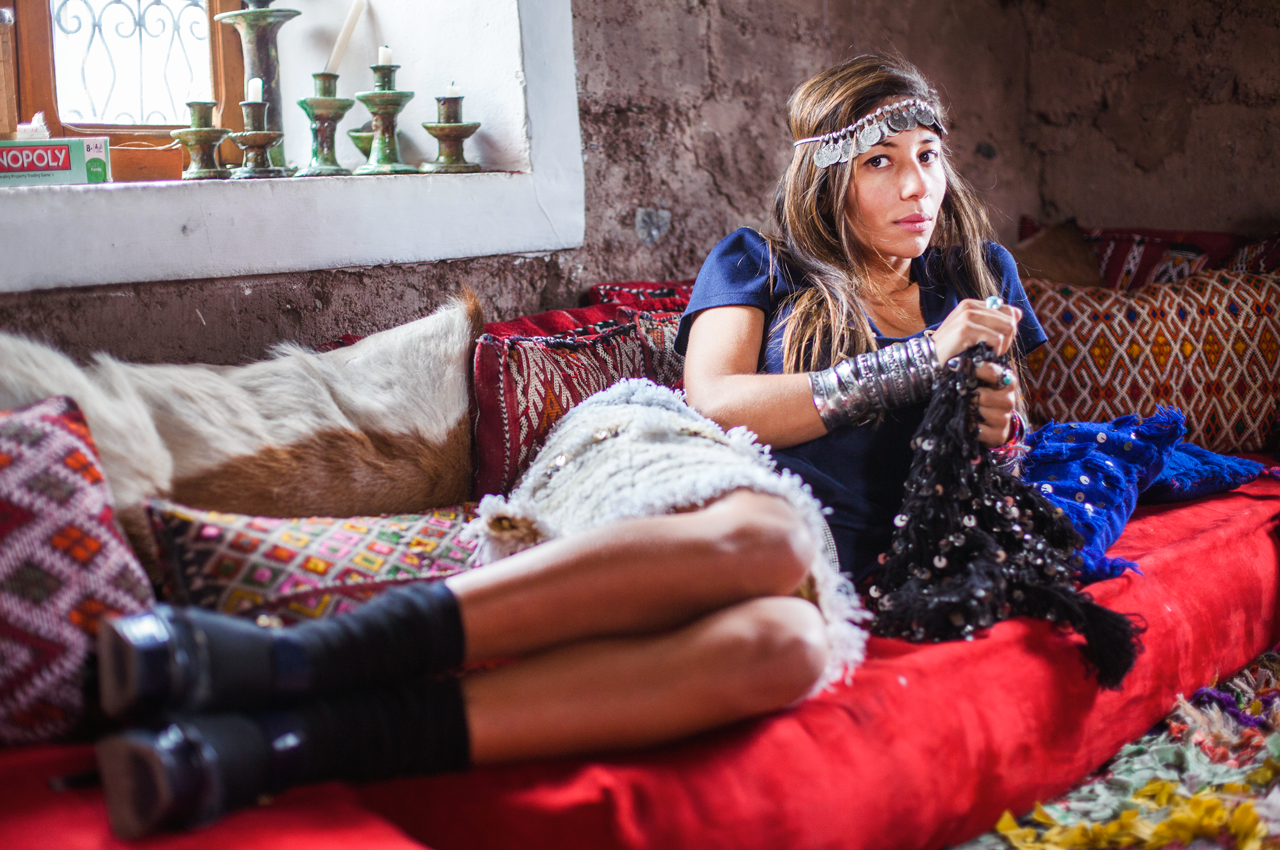 Very few can connect the past with the present. However, Sofia El ArabiMoroccan fashion designer, blogger, and founder of Bakchichas found a way to flawlessly merge the old culture of Casablanca, her hometown, with Western trends. With such a unique collection, one starts to wonder whos behind such beauty. We got a chance to ask Sofia for some insight into her life and the inspiration which surrounds her every day.

Lola Who: Hi Sofia! Can you tell us a bit about yourself?
Sofia: I’m Sofia, born in Casablanca but raised in an Australian surf life dream. I carry a name that means wisdom in a spirit oscillating between the one of an 85-year-old woman, and a 5-year-old child stuck inside a 31-year-old woman; which leads us to an average age of 40.

Lola Who: How did you start your fashion line Bakchic?
Sofia: I think it answered an identity need in the Arab world. To feel that you belong to a world, a history, a culture, that’s what I wanted people to be chasing through these pieces. Not only Arab customers but international Eastern culture lovers. I love this idea of creating a global unity around the sweaters for example. This idea did not just come to me. It literally struck me. We have always been overexposed to the Western culture and those big red letters that adorn the American Universities sweaters. I wanted the same popular cheering around these identity Arabic lettered sweaters.

Lola Who: How has your culture affected your designs?
Sofia: The streets of Morocco are the real essence of this mix of inspirations. People live in these streets; they shout, they talk loudly. Women working at the Casablanca Twin Towers meet other women from the Old Medina. They go to the same markets, it’s all mixed up. It’s a pure painting.

Lola Who: What are the most popular fashion trends in Morocco right now?
Sofia: The trends here are more like two seas that never meet. The Eastern influences and historical legitimacy on one hand, and the Western winds of contemporary fashion on the other hand.

Lola Who: What does fashion mean to you?
Sofia: You define fashion. Fashion does not define you, unless you want to become a fancy falsely stylish sheep so badly.

Lola Who: What’s your creative process for mixing the Arab culture and the Western culture in perfectly modern and global design?
Sofia: It’s the story of a whole life of speaking French, English and Arabic at the same time, in the same sentence. It’s about appreciating French cheese and Moroccan couscous at the same table, or wearing blue jeans under a traditional Djellabas during the Friday prayer at the mosque… It’s not something I can put into words; it’s about having more than one world.

Lola Who: Between your blog, fashion design, and running your store, what do you like to do during a little downtime?
Sofia: That’s hard to say. I blog during my vacations about my vacations! I get some rest by getting inspired, so I start thinking about new designs It’s all mixed-up in a certain way. But I have to admit that I never refuse a moment of peacefulness around a hot traditional grandma mint tea. The only noise I hear is the one I do while I’m eating mamas Moroccan pastries

Lola Who: Do you listen to music while working, if so, who?
Sofia: Dire Straits, Francis Cabrel I don’t just I listen to their songs, I guess I often speak to them too, haha!

Lola Who: How would you describe the look and feel of your brand Bakchic?
Sofia: Earth is your house, it is harder to know where your home is. That is a question I want to answer through a unique Arabic bohemian style, with the indolence of my East and the sharpness of the West.

Lola Who: How do you think Bakchic will evolve in the next couple of years?
Sofia: If I weren’t a designer, I would be an adventurer. It would have been about getting lost and then finding the way we were not looking for. So I would be chasing inspiration everywhere, maybe I would be more into home and interior design…. Something that would harmonize your outfit with your interior.

Lola Who: What sights would you recommend for vacationers in Casablanca?
Sofia: Visit the spiritual sight from the Hassan II Mosque,  the Rick’s Café inspired by the movie Casablanca and the flashback sight in the Old Medina, and its endless tiny little streets. For other sights, I would simply recommend meeting people on the street.