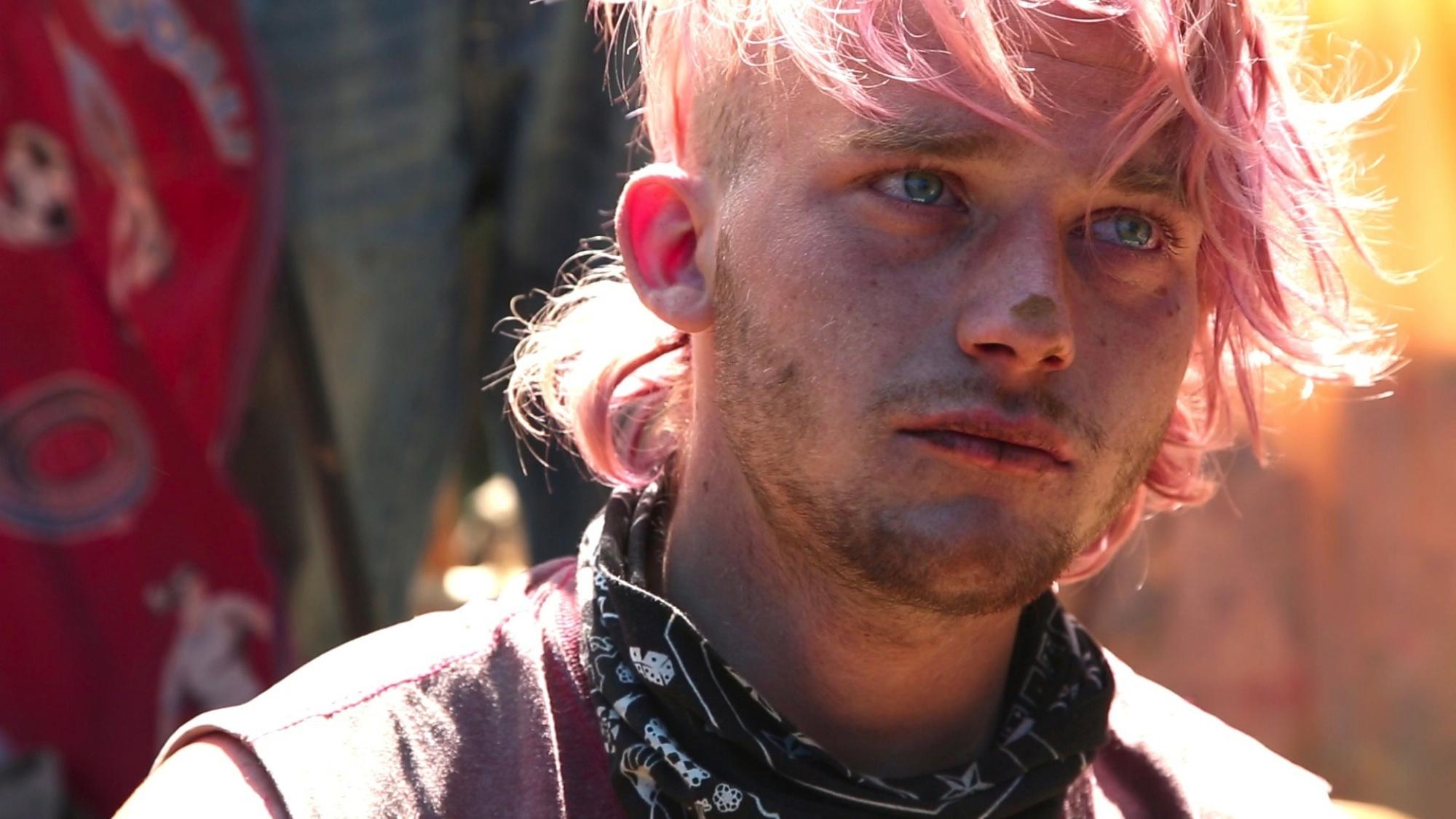 Filmmaker Alice Stein spent two years filming the “dirty kids” at Rainbow Gatherings in the U.S. These ephemeral utopian celebrations held in remote woodland areas reject capitalism and mass media and have become the “mothership” for a whole generation of disenfranchised youth looking for a family and a place to call home. Lola Who has been lucky enough to catch up with Stein to find out more about her upcoming documentary film”Dirty Kids,” and Rainbow Gatherings. Lola Who: Hi Alice, before we start talking about Dirty Kids, can you tell us about yourself.
Alice: I’m lucky and grew up in a very wholesome, supportive family. We lived in a small town near Slough and I spent most of my time making horror films.

Lola Who: How did you become interested in the “Dirty kids” and how did you first get in touch with them?
Alice: I’d never heard of a rainbow gathering before and it wasn’t until I got there that I discovered the dirty kids. I originally went thinking I would make a film about the old-timersthe original rainbow goers from Woodstockbut when I arrived, I was overwhelmed by how many street kids there were. Lola Who: And can you tell us more about who these kids are?
Alice: Most of the kids I travelled with were runaways, but others are simply born into the nomadic lifestyle. One of the characters, Jude, grew up living in the woods. Another called Cody was born on the side of the road on the way to Alaska! They ate of the trash or made money spanging on the side of the road. We slept anywhere we could: inside and under trucks, under bridges and in the woods. If we had enough money we’d share a motel roomsix of us and two dogs! Lola Who: You’ve spent two years documenting these kids. How did you create a trusting connection with them? Were they generally willing to speak with you?
Alice: When I first arrived filming at the gathering, it was very difficult. It felt like a battle every time I got my camera out. We spent the first few days low key: walking around different camps and getting to know people. We were lucky when we met a group of dirty kids outside the gathering in a Walmart car park in Tennessee. They had come in to get supplies for their kitchen ‘sweeter than yo mummas box’ and were all very relaxed about being filmed. I’m always really careful with my camera, and I never film anyone unless I have their permission.

Lola Who: Of those willing to share, were the reasons for being a Dirty Kid similar, or does it vary vastly?
Alice: Many feel outcast from mainstream society and are looking for some form of acceptance, home or family. As we made our way to the gathering, Jude kept saying  ‘I can’t wait to get home and be with my family. I can’t wait to get home.’

Lola Who: Can you tell us more about Rainbow Parties and why they’re so popular with the Dirty Kids?
Alice: You have to be really careful when calling it a party. To many rainbow goers or dirty kids, the gatherings are a safe haven. Of course there are wild times, but it’s also a massive support system for the homeless and for so many people who really need it. Everyone is welcome ‘as long as you have a belly button!’ – there are free kitchens scattered throughout the forest that provide three meals a day and ‘Calm’ which is the gatherings first aid centre and infirmary.

Lola Who: Can you tell us about some of the biggest challenges these kids face on a day to day basis and what kind of supportif anythey get?
Alice: Eating is their biggest challenge! Feeling like they belong somewhere and have a purpose… I met many dirty kids with terrible stories and who were generally broken by what they’d been through. Some had heavy meth addictions and were living on the streets. Some were simply raised travellers by their parents. They have Facebook groups online which help them organise rideshares, and there are shelters dotted around which give them food and clothing but the gatherings are what you would call their ‘mothership’.

Lola Who: What challenges as a filmmaker did you face?
Alice: The gathering was a two-hour hike into the woods which made it tricky just getting basic supplies and lugging heavy equipment around. My health deteriorated pretty badly. On the road, we ate mostly McDonald’s because it was so cheap and available and then in the woods it was quite hard to get all the nutrients and clean water you needed. It’s what a lot of dirty kids are used to, but my immune system wasn’t quite prepared for it, and I flew home with glandular fever.

Lola Who: When can we expect to be able to see the whole film?
Alice: There’s still a way to go, but I’m hoping towards the end of 2016.