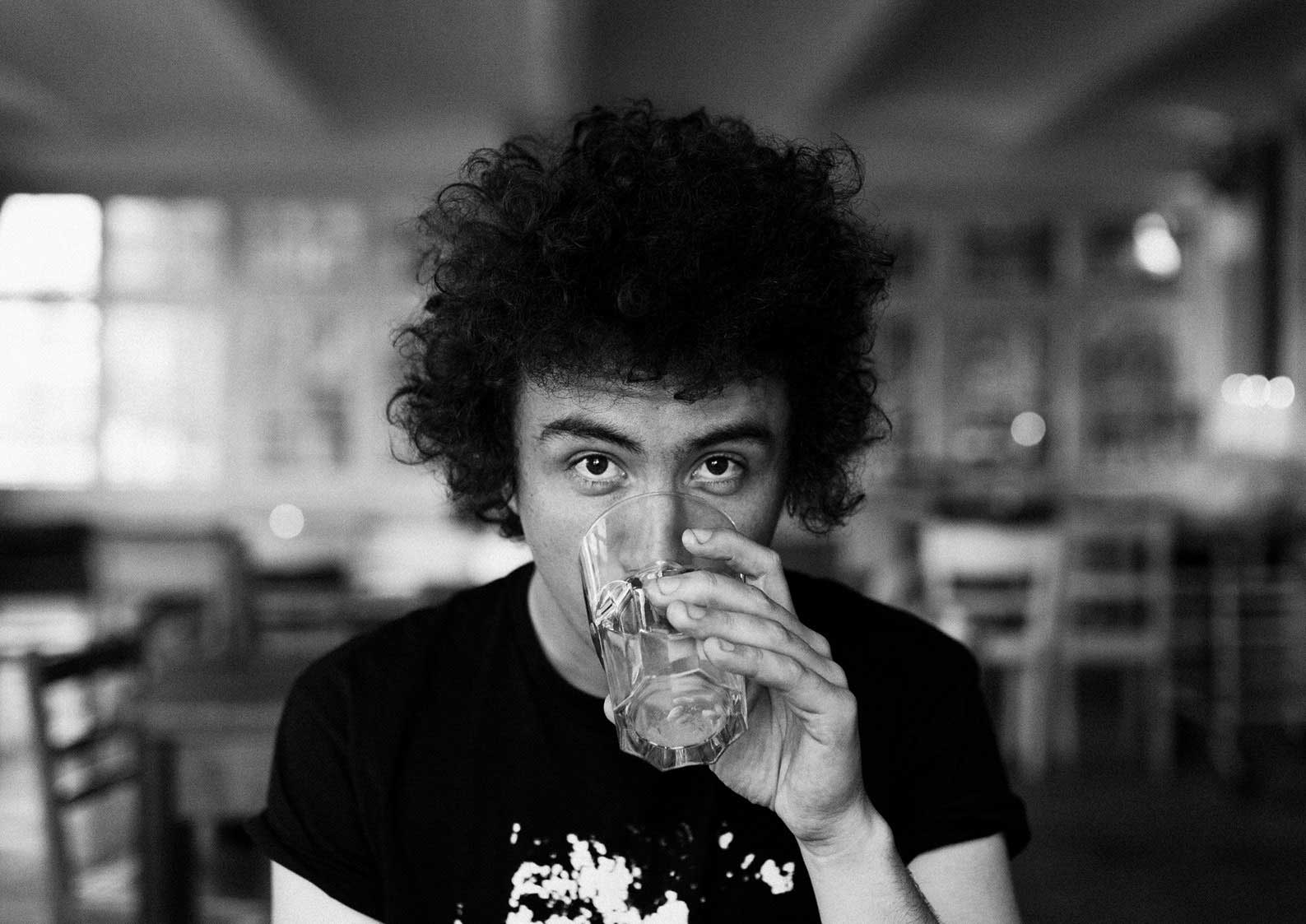 Fraser A. Gorman is a young singer-songwriter based out of Melbourne, Australia, who just released his first album “Slow Gum” on June 29th. The self-proclaimed Americana country-rock artist comes from humble roots but has grown his musical career to playing shows all over Europe and Australia. Drawing inspiration from the likes of Neil Young, Bob Dylan, and The Band, Gorman adds an Australian twist to the Americana catalogue. He talked to us about his musical inspirations, family, and what its like to live on the road.

Lola Who: You just released your debut album “Slow Gum” and you already have tours around Europe and Australia. Where would you like your music to take you next?
Fraser: I would like to travel everywhere and play. I played a couple shows in America earlier this year, in L.A. and Austin. I’d love to go back to the U.S. and have a better look around. Eastern Europe too.

Lola Who: Im sure that releasing a first album must be a huge deal. Can you explain what this first means to you?
Fraser: Yeah, I guess it’s a big deal. This record was written and completed a while ago. So I think it’s sort of already been out. I’ve played the songs quite a few times. But to everyone else it’s brand new. I guess that’s the way things work a lot of the time. It’s still very exciting to finally get to share all of these songs with everyone.

Lola Who: Your Americana-folk style seems to be a little out of place in contrast to where you grew up, in Torquay and Melbourne. How did you find this sound and who are your main influences?
Fraser: I guess it’s just the music that I like and listen to. My music, to me, has a bit of an Americana country-rock aspect to it, but lyrically it sits mostly in Melbourne. Most of the stories take place gazing through my eyes. So it’s sort of a bit of both. I love The Flying Burrito Brothers and The Band, and more contemporary alt-country artists like Wilco and Ryan Adams. My influences are pretty broad though. I’d be here all day if I had to name them all. I also love Wu-Tang Clan.

Lola Who: You also did a cover of “Blues Run the Game,” a song from Jason C. Frank dating back to 1965 that talks about travelling and lonely nights drinking whisky Is life on the road something you aspire to, and how does that lifestyle influence you as an artist?
Fraser: When I drink whiskey usually something bad happens… Haha. So I guess I can connect with “Blues Run The Game” in that respect. I like living on the road. It’s really fun. It’s sort of like another world where you can leave reality behind and just keep moving. You never stay in one place for long enough to get a clear view of anything. Which sounds horrible, but I sort of like it. I also think that because I am relatively young, living out of a suitcase and getting up early and staying up late, and generally being unhealthy doesn’t bother me. Maybe that will change. I hope I get to do a lot more touring before I give up, and just return to being a carpenter.

Lola Who: Your music is clearly rooted in American folk music from the early 60s with some clear influences from Bob Dylan. How has Dylan influenced your music and what are your favorite songs from him?
Fraser: My favourite Dylan song is probably “Ballad In Plain D.” It’s a beautiful love song. My favourite album of his is “Nashville Skyline.” I’ve listened to Bob Dylan extensively since I was 11 or so. His music is amazing and an endless source of inspiration for me. It’s hard to say exactly why or what it is that I like about him. The music, the lyrics, the persona… Everything. “I’ll Keep It With Mine” is also a really great Dylan song.

Lola Who: Can you share some of your favourite folk songs from the 60s, and how theyve inspired your songwriting process?
Fraser: “Blues Run The Game” as mentioned earlier is definitely up there. I dig the early Neil Young and Leonard Cohen records too. Neil Young’s record Live at Massey Hall is probably my favourite album of all timeit was in 1971 though. Some of Joan Baez work was pretty cool in the 60s. I think the early 60s folk thing is just story telling. It’s a good starting point to look at how songs work and how people engage with them. Just a voice and guitar is a very intimate way to perform songs, and it’s how I basically write all of my songs. I love playing solo, but I also love doing the band thing.

Lola Who: You mention family in some of your previous interviews and some of your songs. What kind of a role does your family play for you and your music? Do you come from a family of musicians?
Fraser: No one in my family plays music other than me. But my sisters and mom all love music. My family all play a very important role in my life, so I guess it’s hard not to have them impact my songs in one way or another. I write about what is happening around me, and they are very present in my life. I try not to say anything they wouldn’t like though. Haha.

Lola Who: When and how did you realize singing and playing guitar were something you would pursue?
Fraser: I started doing singing lessons when I was young. About eight or nine years old. My mom suggested that I start singing as a way to help with my stutter when I speak. It didn’t really help, but I really enjoyed it. Then, one year for Christmas, my mom bought me a microphone. That really freaked me out because I was terribly frightened of the thought of singing without a guitar to hide behind. So I bought a guitar not too long after that, and I never looked back.

Lola Who: Slow Gum features other artist contributions from Davey Lane, Stu Mackenzie, Jarrad Brown, and James Fleming. What was it like working with experienced musicians?
Fraser: It was really amazing. Davey is one of my heroes, listening to him play in my favourite band, You Am I. Stu and I grew up together and have played music together for about ten years. I listen to the record now and then and love hearing his drumming; so loose and groovy. They are all such talented people, and it was a real honour to work with them. The album definitely wouldn’t sound the way it does without them lending their talent. I guess, above everything though, they are all just close friends of mine and making music with your friends is really important and fun.

Lola Who: You have done a few tours in Europe and around your homeland, Australia. Do you think North America will have the chance to hear you in person anytime soon?
Fraser: It is on the cards for later this year. Hopefully, we can make something happen. I love American food and really want to go to a baseball game.