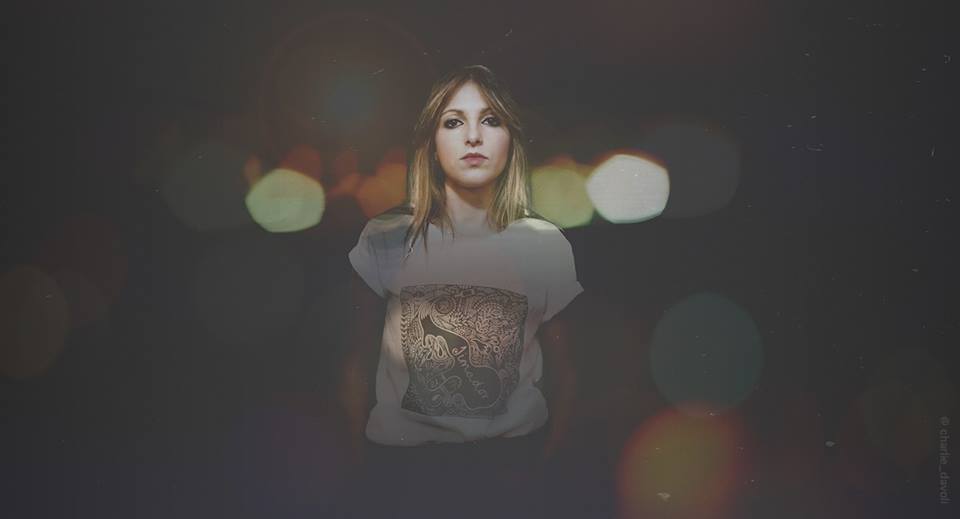 Matilde Davoli recently released her album “I’m Calling you from my Dreams” by her record company Loyal to your Dreams. She is a musician, songwriter, and sound engineer, originally from Lecce in southern Italy, but recently relocated to London. Her album contains elements of rock, R&B, and synth-pop, presented cloaked in the shiny veneer of electronica. Interestingly enough, however, the entire album was played by musiciansusually Davoli herselfon real instruments, the electronic sound being the result of her skills as an engineer tampering with the recordings. The end result is an airy, mysterious, yet comfortable album that is both challenging and pleasant. In this interview, Davoli discusses her significantly varied musical background and influences, adjusting to London, and the process of making her album.

Lola Who: Your album “Im Calling You from My Dreams” was recently released. Is this period a peaceful time of rest for you, or are you busy with promotion and performing?
Matilde: Well, it’s a crazy period for me actually. I’m obviously busy with the promotion and preparing for the shows and in this scenario you have to think that I have my usual job as a sound engineer. So yes, this is definitely a busy period.

Lola Who: How have you found the response to the album? Are you pleased with how your audience has received it?
Matilde: I’m very proud of what we did, me and my label Loyal to Your Dreams. It’s a very small production but for us its been a success. People are loving the album. I receive continuous private messages on social media, full of compliments and beautiful words. I’m very flattered, but most of the times I don’t know how to reply and what to say.

Lola Who: There is a significant amount of stylistic variation on “Im Calling You From My Dreams.” For instance, just from tracks 5, 6 and 7, you go from the pulsating, aggressive drums of the title track to the lilting, hazy atmosphere of Going Down to the electro- R&B inflection of Summer Ending. Is this deviation intentional or a by-product of your song-writing process?
Matilde: Yeah, I know! It was absolutely not intentional. All these songs are born in the same period. Honestly, all the songs from the album share a common mindset except “Going Down” and “Tell Me What You See” which are a little older. In general there’s no proper plan when I start writing music. I don’t know where a particular song will end, and I don’t know what the influences will be. I really know nothing, I just want to play something good. For example, the title track “I’m Calling You From My Dreams” has been the last song that I wrote, recorded and mixed in one day. It was just an extemporaneous session, I was fiddling with some gear, no expectations and then at the end of the day, there it was, a full blown song. I was considering the album finished already, but then I thought, “well, this song is really good, I have to put it in.”

Lola Who: You are Italian, from the southern province of Lecce, correct? Why did you decide to move to the UK?
Matilde: Yes, I am from Italy. Specifically from the beautiful southern province of Lecce, and I am very proud of that. I love my city and my country, but the truth is that Italy doesnt hold the best of reputation for music. There have been good times but not anymore. And I say this with so much sadness! I hope that we can come out of this nonsense. I know so many incredible musical minds buried under tons of trashy mainstream tv shows, and that leaves us with no money or industry to rely on.

Lola Who: I imagine life in London is significantly busier and more hectic than life in Lecce. How have you adapted? Do you enjoy the change of pace and what do you miss the most?
Matilde: London compared to Lecce is another galaxy! But there are pros and cons, and it’s really complicated to choose one or the other. London gives you great exposure to music and arts. Almost like you moved to a front row ticket from standing in the back. But its a tough place, very challenging. It absorbs and consumes you. You have to be always super reactive, always ready to do something or go somewhere and it’s cool as long as youre willing to live energetically cause it makes you feel useful and engaged. While you do that, you have to pretend youre okay with the horrible weather. Lecce and Salento in general, is a super relaxed place. You get to see the sun… The sun again and then more sun. Winter lasts three months max, and people are more chilled out. You live in a sort of eternal summer. According to the type of wind, you can choose the flattest sea in which to dive, or the waviest to surf. The countryside is vast and friendly. Nightlife is constant although a bit sparse depending on the season. The food is amazing of course! The problem with such paradise is that its too small, few resources and people can often be so lazy like nobody wants to work for real. Im trying to combine living in both places. Together, they can make you feel complete. Its just hard and too early to say whether this routine is sustainable.

Lola Who: You have stated in previous interviews that the first music to which you listened to as a child was classical and jazz, and even that Miles Davis “Kind of Blue” is your favourite album. The music on your album can be described as many things, but not as classical or jazz. What was the journey that took you from those early musical influences to the music you create today?
Matilde: I started playing guitar when I was very young, while my father fed me on classical and jazz music. I was so into that stuff that for a couple of years I studied cello at the Conservatory of Music of my city. I have an attachment to Kind Of Blue from back then. I was so moved when I first heard it, and for me it still packs all of the magic. Then at the Liceo, the equivalent of high school, I started discovering other kinds of music, thats when an entire and immense world exploded in my ears. Two bands in particular inspired me and guided me through my first steps into pop music: The Beatles and Stereolab. These are the musical influences that I consider the most important for me so far. From that time onwards, my life has been full-time music. I explored many genres with previous projects, psychedelia, folk, while always been exposed to electronic music. Working as an audio engineer helped me so much as well. I like to think of this record as a mature blend of all my influences. I was lucky enough that London could give me an inspiring womb so that I could write it all down.

Lola Who: While the music on your latest album is not particularly jazzy, but there is a track on your Soundcloud page, Many Love Ska Jazz, that sounds much like the title suggests. Is this track an anomaly in terms of your output, or can we expect to hear more tunes like this in the future?
Matilde: Those songs arent mine. Many Loves Ska Jazz is a beautiful project by a really talented artist from Lecce. I worked at this project as a sound engineer, thats why it is on my Soundcloud. Who knows what will happen in the future, maybe I will do something like that at some point. Honestly its a kind of dream of mine, well see!

Lola Who: Despite the strong electronic sound of your album, its nearly entirely real instruments, by which I mean, human beings playing actual musical instruments, correct? Is this important to you? Are you striving for an electronic sound with some manner of genuine musicianship and authenticity?
Matilde: Yes, I need to play everything and build the songs step by step in a classical way, I cant write music otherwise. Thats my method. Im lucky to know how to play a bit of everything. So when the song is ready, I just go to Sudestudio, where I often work in Lecce, and make all the high-quality tracks. Usually drums from my wonderful drummer Andrea Rizzo are a must. Its not an electronic project and I never wanted it to be, but I manipulated the sound so much because I wanted to create some sort of mystery, where the preformer disappears and the listener doesnt know if its real or not. I hope that it worked out, though its a tricky question to ask!

Lola Who: What are some of your influences, musical or otherwise?
Matilde: As I said, I listened to a bit of everything; Elliot Smith, Nick Drake, Chet Baker, Miles Davis… I love Italian 60s soundtrack music. Piero Umiliani, Piero Piccioni, Armando Trovaioli, Ennio Morricone… They all inspired me so much… In these years, Ive grown fond of the Canadian scene, best music currently, artists like Feist, Broken Social Scene, Chilly Gonzales. Canadian musicians can consider themselves lucky to be living this moment.

Lola Who: Are there any plans or performances in the future about which youd like to tell our readers?
Matilde: I have some shows in Italy during the summer, then a proper tour that will start in autumn. A couple of days ago, I played at this amazing festival called Contronatura, with Sondre Lerche and other great artists.