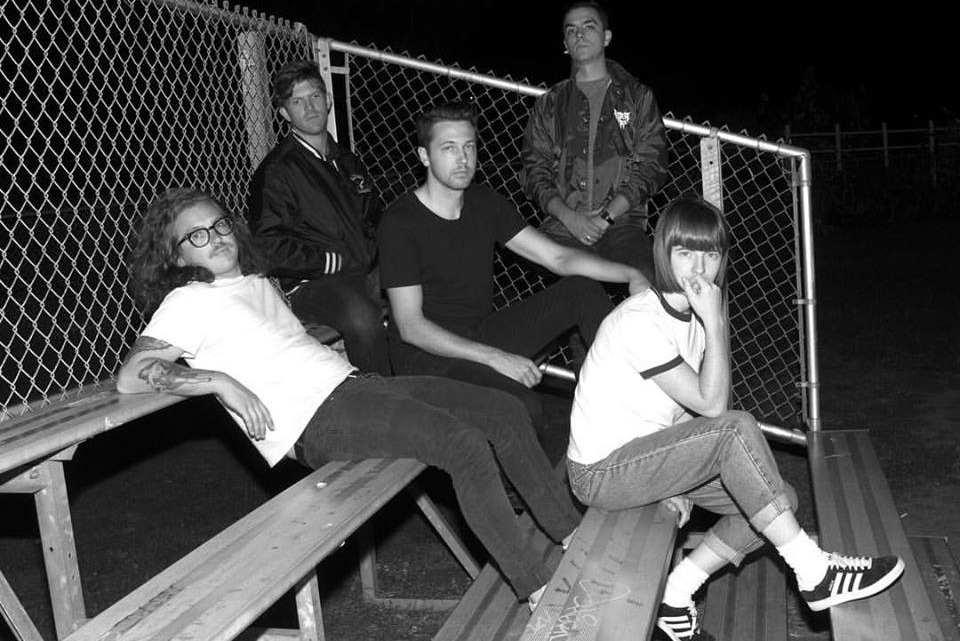 Wild Ones extend the summer with their recently released EP Heatwave as they continue to define and refine their particular blend of self-proclaimed dream pop. The quintets latest release includes five very groovable tunes built around funky and gritty guitar lines, precisely driven drums, smooth and full vocals and moody synthesizers.  Finishing up another year of substantial touring, Wild Ones Danielle Sullivan was kind enough to answer a few questions about the evolution of their sound band, and some of their strangest stage moments.

Lola Who: Youve mentioned that one of the reasons for the formation of Wild Ones came from the desire for a collaborative music making experience. Can you explain why you feel that’s important, and the effect it has on the music you make?
Danielle: Each member feels wholly invested when everyone is contributing creatively. Being in a band is amazing and fun, but it can also be dark and draining. It’s easier to wade through the shitty parts when everyones’ input is involved.I think we come up with more dynamic compositions because each song passes through multiple hands before we arrive at a final version. Nick will write a foundation, I add vocal melodies and harmonies, Thomas adds synth and texture, and so on. An idea that feels like a slow ballad will evolve into a sexy dance jam after we’ve all contributed. We surprise each other, and that keeps our process interesting.

Lola Who: Has the songwriting process for the band evolved since your first album “Keep It Safe” in 2014?
Danielle: Our song writing has become more streamlined. For our first release, coming from a place of inexperience and  insecurity, we kept adding layer after layer on each recording thinking that more sounds equaled something better. On our latest release, Heatwave, we attempted to do more with less. We limited our instrumentation, our production, and our composition. I used fewer harmonies and relied more heavily on melodies that could speak for themselves. We simplified.

Lola Who: Wild Ones music and performances cast a refreshing shadow with sounds from the 80s in both the guitar and keyboards, and varying drums and electronic ambiance. Is the retro blending of styles a purposeful pursuit, or does it simply come out of your various musical influences and practices?
Danielle: We come from diverse musical upbringings. Thomas and I were raised on indie and electronic music. Nick and Seve grew up playing in punk bands together, and Max got his degree in classical composition. Our current sound is where our Venn diagram intersect.

Lola Who: There has been much speculation about the outpouring of creative talents coming from Portland in recent years. How would you describe Portlands artist scene and what are some of its particularities?
Danielle: Portland has been a haven for new young bands to grow because of its cheap rent and supportive infrastructure. We started out playing house shows all over town, thanks to the party-loving college kids that rented them. We have weeklies that give attention to brand new bands and local radio stations like Xray.fm that foster the scene. If we had started in a different city, we may not have been able to stick with it.

Lola Who: Wild Ones have previously reached 95 tour dates in one year and hope to hit the 100 shows in one-year milestone. Can you share some of the strangest moments that happened on stage?
Danielle: In Montreal, the side zipper on my “Sandy from Grease” pants broke mid-show to reveal my entire nude leg to a crowd of surprised French Canadians. In Victoria, BC, I accidentally locked myself backstage mid-set while trying to get water. In Cincinnati, a man slipped $60 under Max’s bass strings while drunkenly requesting we play Beastie Boys’ “Sabotage”.

Lola Who: What music are you guys listening to at the moment? Any Portland bands that we should know about?
Danielle: Wet, Gwenno, Lust For Youth, Sheer Mag. We toured with our Portland friends Pure Bathing Culture this fall and will forever have their recent LP, Pray For Rain, stuck in our heads.

Lola Who: What can we expect from you guys in 2016?
Danielle: We will be releasing our 2nd LP in 2016, which we’re demoing right now at our studio in Portland. We hope to tour to new areas this year and Europe is first on our wish list.