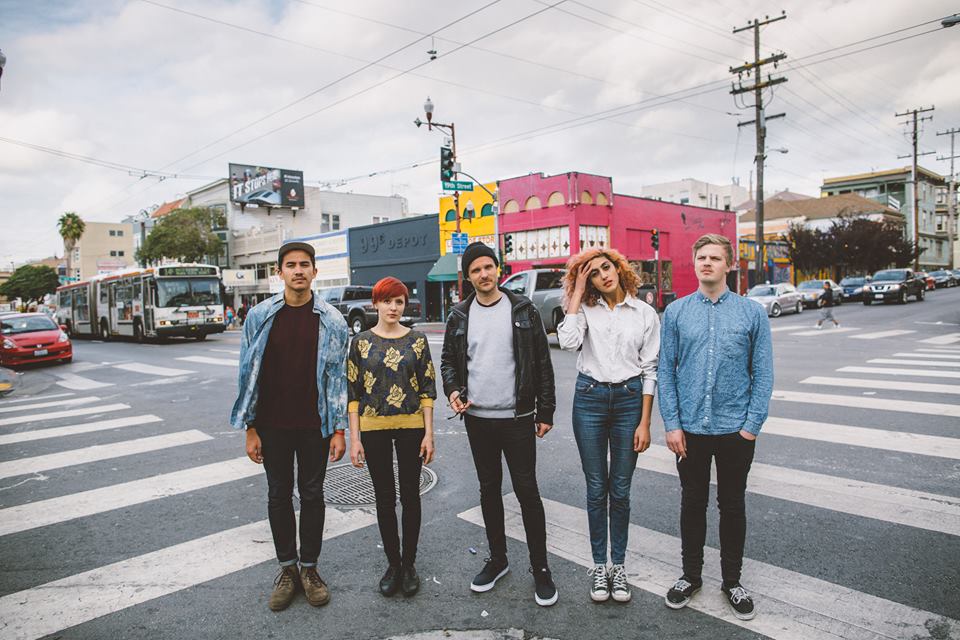 Based in Oslo, Norway, Level & Tyson is the most geographically remote indie rock band you ought to know about. Known for their raucous but very danceable live shows, Level & Tyson has a remarkable capacity for both catchy guitar-pop and jarring, feedback-ridden experimentations. Their latest single Tied Up veers just towards the former. Lead singer Richard Noir was kind enough to answer some questions about living in Oslo and Gruesome Twosome, the much-awaited follow-up to their acclaimed 2012 release Even Faster Still.

Lola Who: What (if anything) about Oslo might you say is reflected in your music?
Richard: I think the seasons might play a part. The winters are really dark and cold, and people stay home a lot. In the summers we have to make up for that, so we’re so intensely social. It’s like it gives us collective mood swings.

Lola Who: Whats your favourite thing about the city you live in?
Richard: Oslo is big and small at the same time. You can walk from the forest to the fjord in an hour, and stop by a club on the way.

Lola Who: What inspired Gruesome Twosome, the name of your upcoming album?
Richard: A picture that Sofie and I found at a flea market in Paris a hundred years ago. We decided it’s a picture of Level & Tyson, so they’re the gruesome twosome. We’re using the picture for the artwork, actually, on the single cover you see one of their faces. Sofie is a kick ass graphic artist, so we get to do those things ourselves.

Lola Who: Richard, you have a unique vocal style. Are there any particular singers that you idolize and perhaps try and emulate?
?Richard: There are so many great performers I learned from. The ones I love are masters of the narrative. David Thomas from Pere Ubu, Gordon Gano from The Violent Femmes, Daniel Johnston, Black Francis from The Pixies, Jennifer Herrema from The Royal Trux, and the absolutely great Sister Rosetta Tharpe. A long list that should be much longer. People that really make you feel they are telling you something from a subjective point of view.

Lola Who: Your live shows are known for being lively and unpredictable  at one moment youre locked into a groove and the next there might be this noisy, chaotic unraveling. How did you develop your performance style?
Richard: Oh, I guess we’re just trying to perform the songs as we think they should be performed. Spontaneity is really important, I think. To catch each other of guard. We all try to freak each other out a bit. We have a great time on stage.

Lola Who: Some of your songs feel very composed and others have a looser, improvisational feel to them. What is your writing process?
Richard: I don’t really have a set way of writing. Whatever works mostly. All the songs have their own way of turning up,  and of course what is inspiring at that particular moment.

Lola Who: I hear My Bloody Valentine and even echoes of Drinking in LA by Bran Van 3000 in your awesome new single Tied Up. Can you talk about your influences, inspirations and general mindset in writing that song?
?Richard: Wow, I used to love that song! I just put it on right now. Hahaha, it’s true! They are sisters! That song kicks ass. It’s so funny that you bring this up now. Lately, I’ve been thinking a lot about what makes a song in me, and I realized that it’s like an emotional picture from the past, impressions and stuff that I use for guidance to see if it feels right or not, and I think “Drinking in LA” is pretty iconic for my youth. But for this specific song I’m not sure. It used to be a really quiet sexy song. It’s not that conscious really.

Lola Who: Is there anything youre especially excited for fans to hear from your new album?
Richard: I’m really excited about “Gruesome Twosome” as a whole. I think everything fell into it’s right place; the interplay, the sound, the songs. Everything. And the fact that it’s the five of us live in the studio feels good.