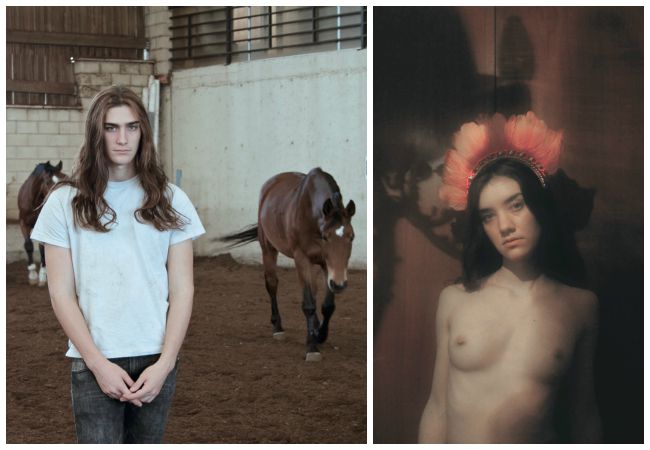 Juan Marcos was 17 when his photography teacher in his native Ecuador planted a seed in him by foretelling his future as a professional photographer. His passion for photography is exclusive, and ten years later, the prophetic words of his childhood teacher are being fulfilled.

After having spent his academic years in Madrid at Escuela TAIan Arts and Performance University, Marcos moved to Barcelona where he is currently residing. His undeniably ethereal photographs omit entrancing peace and mystery. Marcos influences include cinema which growing up in Spain would infer that he has also been captivated by Pedro Almodovars raw and surreal dramatic displays. When you realize that Marcos photographs are of his family members, the intimacy of the photographs is heightened. The subtle relationship between humans and wildlife is also heavily apparent; could the man be a reincarnation of the horses? How do humans relate to nature, and how do we create a sustainable future where humans and animals can coexist?

Every photograph provokes a question it is not just the ascetically calming use of chiaroscuro or subdued colors that arouse your heartit is the mystery that lies in each one of them; a peaceful and mysterious contemplation.