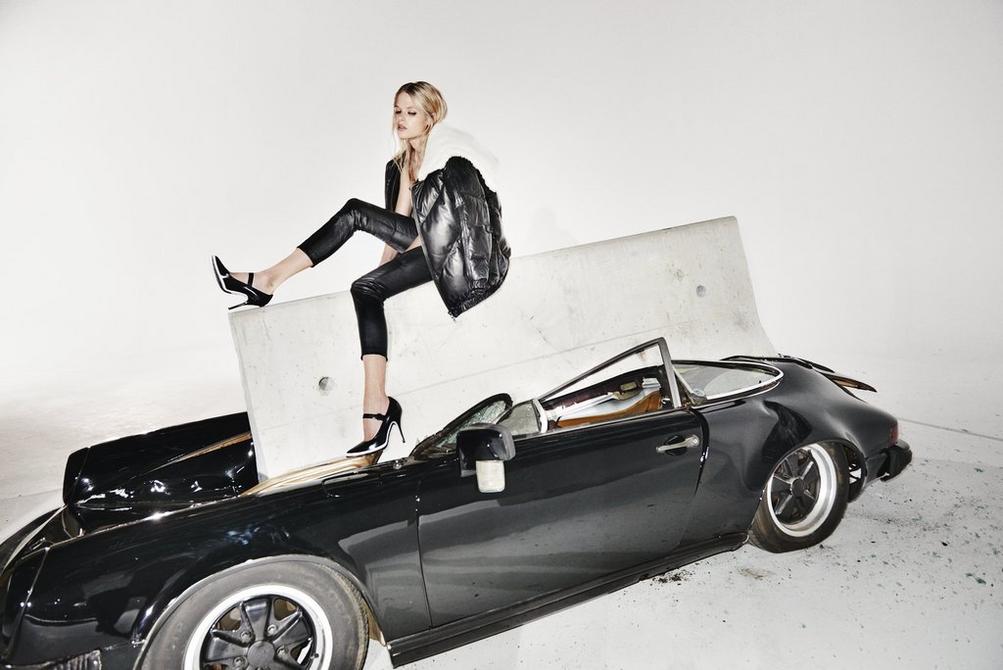 Featuring the British model and actress Gabriella Wilde, the New York chic enterprise invaded the camp of cinema and stole the aspect of cinematic destruction, and dystopic imagery in order to achieve an impressive appearance of beautiful decay in a city of dichotomiesrags and riches, beauty and bones, chaos and enterprise. In an industry built primarily on image, the message is too often secondary, and sometimes there is no message beyond “Here I am, look at me, I’m smashing a beautiful vintage Porsche.” For this Rag & Bone Fall/Winter 2015 campaign, we feel like some explanation is needed. “The concept revolved around bringing the city into studio, so we wanted to capture some of that intense New York energy where anything can happen, said Marcus Wainwright, designer for Rag & Bone, in an interview for Bustle. If you’re a vintage car lover, look away now.