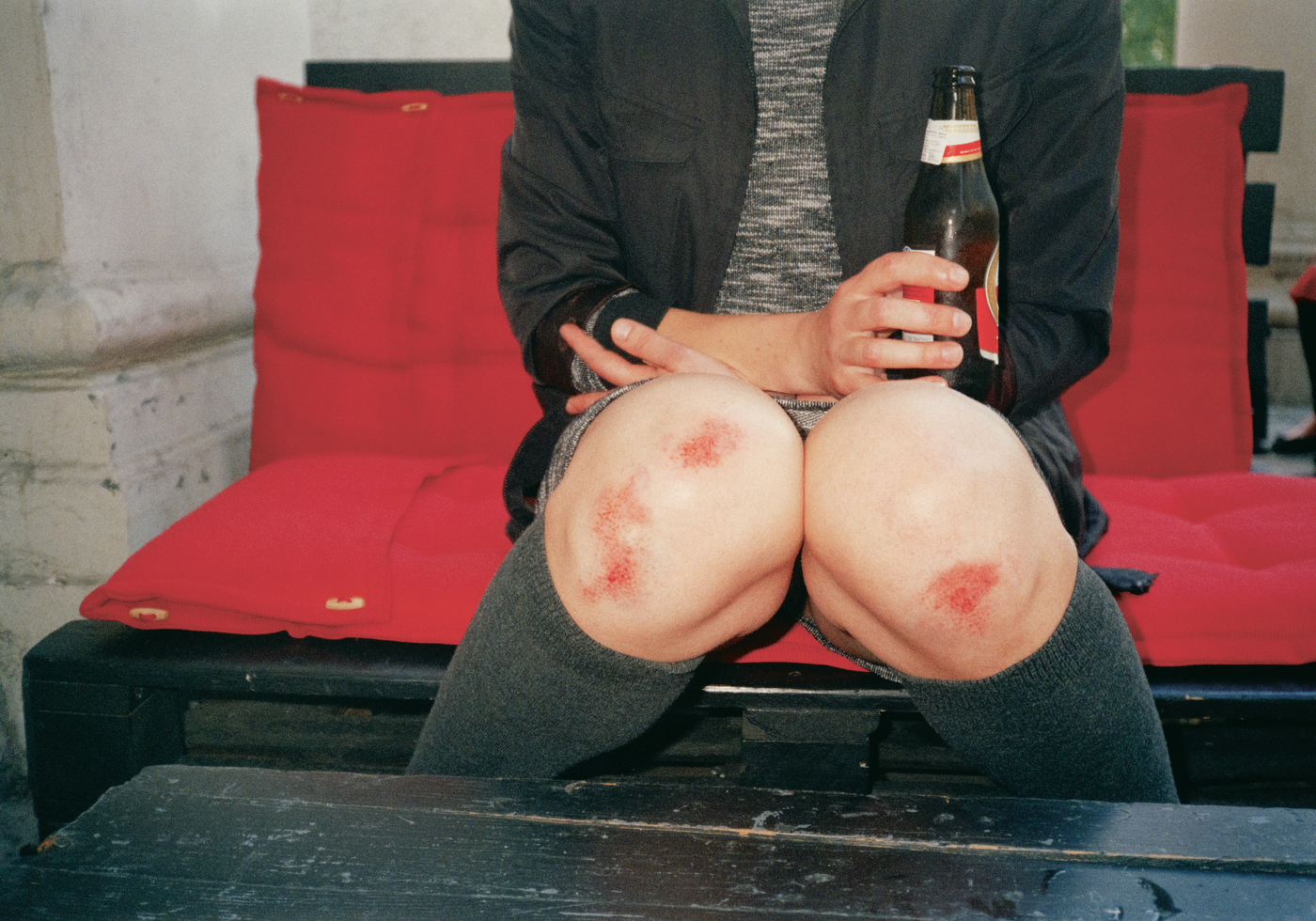 Fascinated by what goes on in the bars, basements and backstreets of Vilnius, the young photographer and media artist Visvaldas Morkevicius brought the flashlight of his camera into the dimly lit corners to capture the events and emotions he found himself surrounded by. What resulted is a series of photographs collected in a self-published book and accompanied by an exhibition, recently on view at Berlin’s Panke. Following his passion for photography, Morkevicius moved from a small town to assist a photographer in Vilnius. Even though much of his work is informed by the experience of assisting a commercial photographer, Public Secrets is a project that stands out as highly personalas if the photographs were notes on whatever the photographer saw happening around him, visual reminders capable of transporting him (and those whose secrets he’s revealing) back into that particular moment. Which, however, does not make them any less exciting to a spectator unfamiliar with the complete scene. Like stills from a movie one has never seen, they encourage the spectator to project their own ideas into the pictured settings.

Public Secrets was photographed between 2012 and 2014, mostly in Vilnius. When pressing the shutter, Morkevicius managed to step outside the scene and take on the role of the observer who does not wish to intervene. Snow covered roads, empty seats, unmade beds,  bruised knees, a random portrait on the wallthere’s barely anything explicit in Morkevicius’ photographs, in fact there’s relatively few people and actions in them. They are nonetheless soaked with atmosphere, letting the spirit of the night manifest without ever showing its face.

Visually speaking, the Eastern European setting gives the photographs a hint of unfamiliarity and makes them intriguing to audiences elsewhere. Yet, when it comes to content, the pictures suddenly become all too familiar to anyone in their twentiesor anyone who’s been through them.