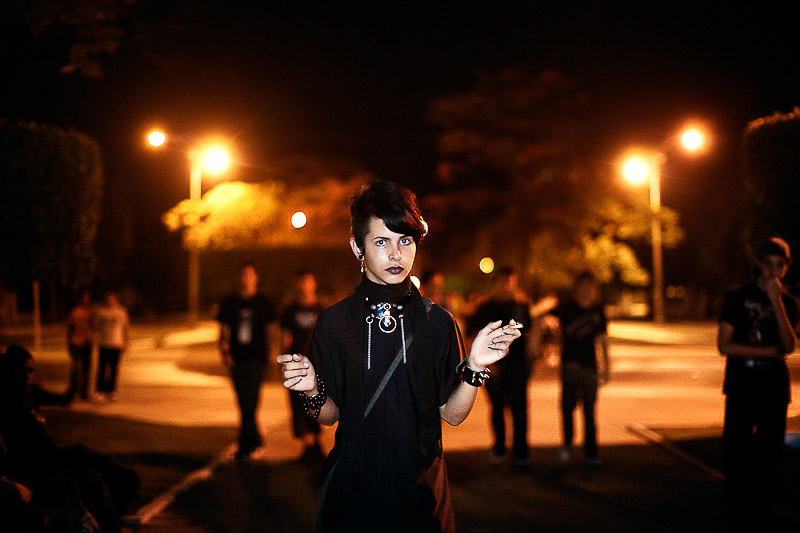 “Havana in Between” opens the worlds eyes to Havana beyond colourful building scapes and 1950s unveiling life lived through the eyes of it’s young people. Lola Who had the pleasure of speaking with independent Italian photographer Nicoló Lanfranchi about his years spent in Cuba documenting lives of teenagers in Havana. Lola Who: What motivated you to do this series Havana in Between?
Nicoló: I went to Havana for the first time a few years ago, so I missed all the bad years of the embargo. When I went there, Havana was already changing very quickly. During that time, I met some teenagers in the street and we became friends. I started following these teenagers to the spots where they were hanging out or skateboarding, and I developed a trusting relationship with them. I kept in touch by going directly to their family homes every time I went back to Cuba. I went back regularly in the following years, but I lost touch with the ones who moved to America, Mexico, or Canada. Since there is no reliable Internet, keeping in touch with people has to be done differently in Cuba. Everything is based on direct contact with family members. That’s how I would find them every time I went back to Cuba. The last time I met these teenagers, they were young adults. I asked them to show me what was going on in Havana and I noticed that from my first visit I was in a different city.

Lola Who: How did you navigate communication without the Internet?
Nicoló: The teenagers don’t really use mobiles. This is because of the high costs. In Cuba you pay to receive calls, to make calls and to send or receive messages. So using phones and technology is really tricky; it’s expensive, slow and very irregular.  What I found out, over time, is that they do have a social media like system, but it’s different from the one we know. Lola Who: Can you tell us about how street organization replaces the Internet?
Nicoló: There is a street called Calle G in the neighborhood of Vedado. The young people told me that’s their Facebook; that’s the place where they meet and exchange information. If someone brings new music from a faster Internet connection, or if someone returns from Miami with new music or videos, that’s where they go to share their news. It was Facebook living and breathing on the street. There is also this guy who goes to peoples homes with a hard drive. He’s like a dealer. He sells the content of the hard drive. People can browse through the content he has and download what they want. It can be movies, music, magazines or news. Basically, everything online can be obtained offline through this hard drive dealer. This is how they solve the problem of the broken technology chain. Lola Who: How did the teenagers respond to you photographing their lives?
Nicoló: At the beginning they were curious and they wanted to tell me their stories and show me their lives. As they became more familiar with my presence, I was allowed to start following them. Sometimes nothing happened. Sometimes they introduced me to interesting situations. It takes a long time to do anything in Cuba. Every time I went, I stayed there for 40 days, and I have been going to Havana since 2008. This is how long it took to put together the series, and that’s why it’s called “Havana in Between”. Lola Who: What stories do these photos tell us?
Nicoló: The daily life of young people in Havana. Their impressions and the way they see the city. I wanted to show a different face of Cuba. Photographers often take Cuba as some kind of photographic playground with saturated images of colourful buildings, and the imaginary 50s lifestyle. The heavy use of such clichés gives people an impression that they know what Cuba is all about, but in reality, it’s much more than that. These photos tell us that the youth in Cuba is not so different from Europe or from the rest of the world. They want to build a bridge with the outside world to show that young Cubans have normal lives like every other teenager in this world. Lola Who: How does it feel to be there?
Nicoló: The Cuban way of life is really nice and special. Once you break the cultural barrier with the peoplewhich takes time you start to understand how they manage their lives with the various economic challenges. They work a lot. They run around a lot. It’s a stressful to make enough money to pay the bills. You learn a lot about what people do to survive. Life is super active and life happens really fast. Lola Who: Is it hard as a foreigner to be accepted by the local people?
Nicoló: There is a sentiment that you are and that you will always be a foreigner in Cuba. You have more money and it’s harder to get inside the daily, normal life. That’s why I enjoy working with the younger generation; they dont see the barrier between Cubans and foreigners so much. They just want to be like you, they are curious, they are keen to build bridges with people outside Cuba. They are happy if I give them the music from my iPhone and they often take me to underground events in the city. Lola Who: Why Havana?
Nicoló: It’s a time capsule at the end of the day. There are signs of the past everywhere and it’s interesting to see the contrast between the past and what they are trying to become. The city is quite different from when I first went in 2008, change is happening rapidly, especially in the last couple of years. Each time I go, I find a different city; the same buildings but new dynamics. I am curious about what I will find next time.