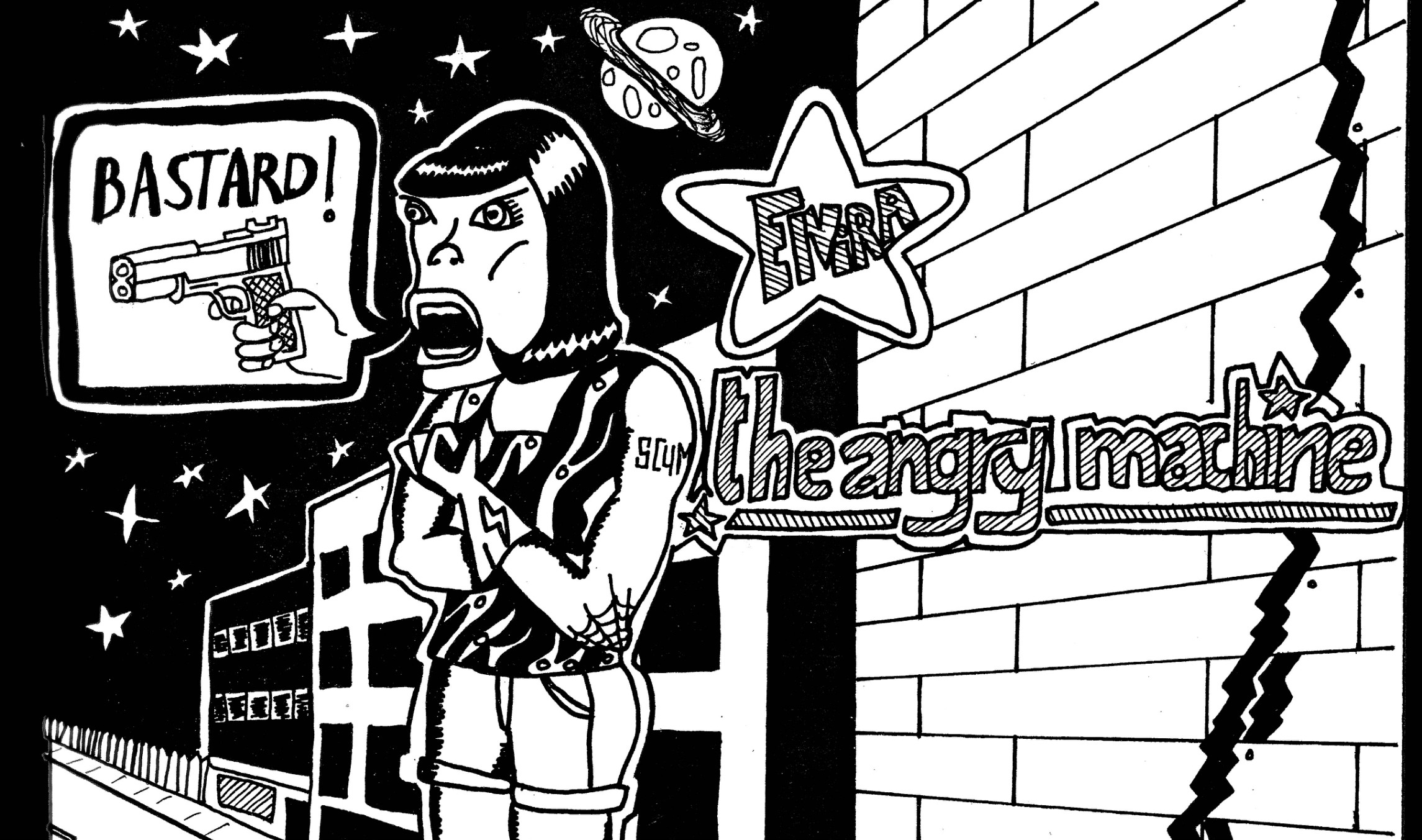 The French collective “La Rage” has created a non-profit project that aims to give visibility to international feminists. By collecting posters created by women, queer, and trans people from around the world, La Rage wants to give visibility to the vibrant work of these activists and explore the graphic side of this ongoing crusade.

Their first exhibition took place in Saint-Denis, France, with over 30 posters displaying a variety of striking and radical work. International in scope and global in mission, La Rages poster project highlights creativity and innovation, cultural diversity and free sharing.

The collective currently consists of three members, Hélène, Billy, and Cécile. We connected with Cécile and got some insight into their successful first exhibit, La Rages inspirations, and whats coming up next for the collective. Lola Who: Can you tell us about yourselves and the La Rage collective?
Cécile: La Rage is a collective made of 3 people: Hélène is a graphic designer, Billy is an artist and serigrapher. My name is Celine and I am an urban designer. We are all angry feminists, dykes and trans. La Rage started one year ago in Paris, because we thought that posters were a great combination of our interest in graphic design and feminist commitments, and also a great tool to occupy the streets and public spaces, to encourage our struggles, and also to laugh.

We decided to collect posters from all over the world, but right now we are a bit too centered on Europe and America, both North and South. So If your readers know about feminist posters, artists or collectives in Africa, the Middle East, and Asia, please contact us! Still, we contacted many people to get the rights to silkscreen and exhibit their work and we got great feedback! The exhibition shares around 35 posters in large format, thick paper, and beautiful inks that we spread ourselves. They talk about street harassment, empowerment, mothers day, sex, abortion… But we tried to choose the ones that were graphically striking and politically radical, as well as empowering.

Lola Who: Who were are some of the creative inspirations for La Rage, and is there anyone right now who inspires you to take action?
Cécile: We have many different inspirations that come from our different backgrounds. I think that we share a common interest in many feminist and revolutionary posters from the 1968 movement, to the Guerilla Girls, and many other alternative activists. We have also been in touch, especially Billy, with all of the counterculture of fanzines, punks, and queers. We share common activist commitments in Nantes and Paris, around LGBTQ fights. Our group was called Dures à Queer. We also admire an English feminist collective called Red Womens Workshop and Dignidad Rebelde from the US, which has some posters in La Rage exhibition. So I guess thats a mix of inspirations and experiences!

Lola Who: The first exhibition of the posters was held in Saint-Denis, France. Can you explain how that came about?
Cécile: Le 6B is a cultural and artistic venue that used to be an office building. There is also a great exhibition space that you can use free of charge, so we proposed to 6B to host an exhibit. The guys running the venue are not so feminist, but they were open to the idea. We were really happy about this exhibition. The space really enhanced the posters and we even had the surprise of meeting one of the artists who came from Berlin to visit her girlfriend, as well as La Rage!The exhibition lasted two weeks, but we had to postpone the inaugural party because of the very sad killings in Paris… But around 500 people came to visit and we got some energy from the feminist gathering! We also held a couple of poster creation workshops during the weekend that were really powerful. You take six people who dont know each other and decide what feminist message they want on a poster, and we help them with the design and printing. And it works! The exhibition keeps growing that way too!

Lola Who: What are your core goals as individual feminists, and as a collective?
Cécile: We want to eradicate sexism in the world, starting in France. We see it not only as a feminist fight, but as a fight for freedom for everyone. Getting out of those stereotypes that cause pain and violence. Break that patriarchal political system that hurts us and infiltrates every dimension of our lives! We will fight until the end.

Can you tell us about some of your favourite posters from the first stages of the project, and what messages you want people to take from them?
Cécile: We like all of them obviously, but we may have a special crush on some posters. We really like two posters from the Belgian collective Lilith, with red contours, black figures and direct speech about street harassment. Many posters from the Chilean Projet “pro aborto” are also wonderful and original. The portraits by Micah Bazant of Trans Black Lives matter are also quite impacting. Lola Who: The Feminist art movement emerged in the 60s, amid anti-war demonstrations, inciting the public to question the political and social establishment. Do you think the goals of the movement are still the same?
Cécile: Our feminism tries to be at the crossroads of economic, social, racial and cultural issues. When we were in Pink Panthers and At Dures a Queer in Paris, we would do demonstrations for refugees with no papers, for a fair reform of the pension system. More recently we were part of a pink block against the law about workers rights. Feminism is transversal to all of that, and political minorities should stand together for a better society.

But this vision is not shared by all feminists. In France, two issues divide the women’s movement: prostitution and the fixation on the Islamic head-coverings. And beyond that, feminism is also instrumentalized for islamophobic reasons, by politicians especially menwho would never talk about feminism otherwise. They just want to start a war of identities. I think that the upcoming presidential election campaign is going to be tough, and we will have the responsibility to bring another voice  for an open and feminist society!

Lola Who: Has anything unexpected or surprising (good or bad) emerged from the creation of this alternative art space for women?
Cécile:We are really happy about all the wonderful people we met, the great energy it spread, and the joy of many people after seeing the exhibition. It is quite positive! And we may have had some doubts before about how people would react, and whether our selection, the spaces, the installation were good enough But it is almost unanimously good! We know that we still have to expand the collection to the missing continents

Lola Who: How can people get involved with La Rages project?
Cécile: We count on people to spread the world, to send us the contacts of people or collectives who create feminist or lesbian posters, to send us posters directly through the website, to come to our workshops and exhibitions. We are also really open to bringing the show throughout the world, so invite us!

Lola Who: Whats next for the La Rage collective? Is there something you are currently working on, or are excited about that you can tell us about?
Cécile: We are preparing an exhibition and a poster creation workshop in Liège this fall. We also want to launch a second wave of collected posters, to reach more people,  countries, and struggles.There is a long waiting list of people waiting to participate in the workshops that we organize, but we keep our workshops small in order to facilitate conversation, share experiences, so the list is long. Finally, well be meeting soon to think about the future of the project. In September, well enter the presidential campaign, and something will need to be done about inclusive feminism! La Rage will be there.

All the posters are free to download and print on www.larage.org