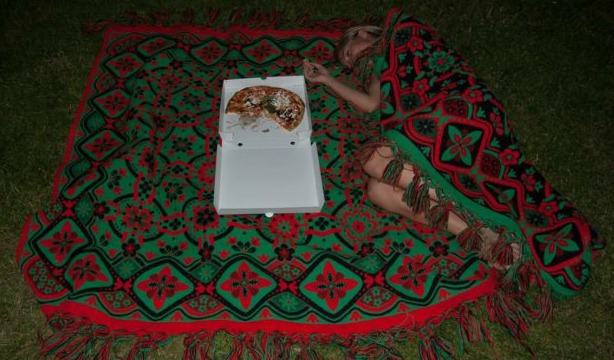 This edition of Berlin Alternative Fashion Week marks the first day of the Wrong Gallery, a new art project and creative space in Berlin. The project, conceived by Daniel Piece, Olof Larsson and Andrea D’Auria, aims at showcasing the work of underground artists and photographers in proper art galleriesaway from the squats and the typical Berlin urban decayand bring a more professional edge to the underground scene. We sat down with the three art-lovers and talked about the current state of the art scene in Berlin, and what they’re trying to accomplish with the Wrong Gallery.

Lola Who: What brought you to Berlin and what you are trying to do here?

Daniel: I was living in London, and I really like it, but I’ve always been keen on moving to Berlin. When I was in London, I was doing totally different work, and now I sort of stopped doing music… So last year I decided that I’ve always been interested in photography. So I started doing photography last March, and I started getting published really quickly. But London is so expensive, so I went “fuck it,” and I moved to Berlin overnight on New Year’s Eve. I suppose I came here because this city if full of creatives, full of designers… So I wanted to meet people and pursue a photography career, and I just couldn’t afford to do it in London. So that’s why I’m here, and that’s what I’m doing now.

Lola Who: How did you guys meet?

Daniel: I emailed Olof (Larsson) because I came across Berlin Alternative Fashion Week. So I emailed him with my portfolio, and he liked my stuffwhich was cooland then we became quite friends and had some pretty crazy nights…. So that’s how we started working together. And Andrea, how did I meet you, man?

Andrea: I walk up to you, man, at a fashion event, and we started talking! And then I suppose we became friends in Berlin…

Lola Who: Is this your first exhibit in Berlin?

Daniel: No no no. I’ve exhibited three times since I moved here, and I’ve done a few exhibits in London as well. I did a solo show when I first got here at a club called Same Heads. It was a nice intro to the city and there were some good party vibes. After meeting Andrea, we set up a joint exhibition, and again had a good Ol party with it… We got so much good feedback that we decided we should do exhibits more properly. I get asked to be a part of group exhibitions all the time, but I’m never that comfortable doing them… I also have a solo show coming up at Quadrat, a high-end designer concept store, towards the end of October that I’m really looking forward to.

Lola Who: And what’s the concept of the Wrong Gallery. Why “wrong” in the first place?

Daniel: We don’t want to do things the same way as everyone else is doing, here in Berlin or internationally. We’re always fucking let down by the events were we go to, so we’re trying to do this our own way which isn’t following suit, so it’s a wrong way technically, I suppose. But at the end of the day, the name just looks cool and sounds kind of cool.

Lola Who: But do you guys think that everyone is doing something wrong?

Daniel: Yeah kind of, in a really arrogant way.

Olof: I wouldn’t say wrong but it doesn’t speak or move us the way we want it to. And I’ve never been a big fan whining, so rather than complaining we can do something about it and create our own shows.

Lola Who: So what is it that you guys don’t like?

Andrea: Banality. Art is seen in a superficial way, everything is so banal and everything looks the same. There is not enough research into bringing something cool. People say that they’re artists, but there’s no real message behind it, everything is superficial.

Daniel: Nothing seems like it’s getting that much effort. Nothing feels like it’s getting showcased in a way that it should be showcased. And that’s the fault of the gallery owners, the curators, and the artists themselves. Everyone is just following suits and doing things the same safe way, exactly like what you would see it in any other city. It’s just boring.

Andrea: There’s not enough deptheven with Viceit’s all about pleasing the teenage market and a certain standard of aesthetics. There is nothing out there, not even in the magazine industry, that is really pushing for something new. When I was fifteen, I started looking at Vice, and I could really relate to that magazine. But now I have the feeling that it’s not about punk and about the underground culture anymore; it’s just a mainstream magazine.

Lola Who: So are you guys aiming to get artists who are not on Instagram and go really “underground”?

Andrea: We want to be underground professionals.

Lola Who: So what kind of aesthetics do you guys think will please the more underground scene?

Andrea: There’s no specific aesthetic. It’s mostly about the intent and the attitude behind it. There are people who are doing it (their art) because they have the need for doing it, and there are people who want to say something.

Olof: So we’re trying to find and showcase the people who are trying to communicate something with their art, rather than just presenting something they find cool or beautiful. For example, landscape art is beautiful, but what’s the message? What are these people trying to say with their photography? I want to see art that questions my own beliefs and reality.

Andrea: I was organizing parties in Berlin for a while, and I have the feeling that we could present the concept of partying in a different way, because right now there’s too much focus on clubbing and taking drugs, and just being wasted for the rest of your life. So we want to make our events accessible to those people, and maybe to the youngest crowd too, and hopefully bring some change about the way that people see things.

Daniel: We want to portray these people in a different light, and in a different sort of space, and showcase their talent and art in a proper manner.

Olof: We want to bring some professionalism to the underground scene. Create a platform where we can highlight and showcase the young underdogs to a bigger audience. There is an abundance of talent in this city and a lot of will to do something new and fresh.

Daniel: Everything in Berlin is done in that specific squat style, and everyone’s seen it a million times. Fetch photographies in a squat building; that’s been done a million times, and it’s always the same shit. But there are some really good photographers, and we want to showcase their work in proper white walls, in a professional way. That’s the main thing that we are trying to do, really.

Lola Who: So is this the first exhibit of a series…

Daniel: Yes, definitely. We’re already in the process of looking for locations for the next exhibit, and then we’re going to start figuring out a concept for it.

Lola Who: And what artists can we expect to see at the first Wrong Gallery exhibit at BAFW?

Andrea: There’s a lot of photographers that I know from the scene, and we also did a call-out . A couple of photographers have already been published in different magazines. There’s Toni Futura that I think is the tip of the diamond. I really like his work because he’s really going against pop culture and criticizing the capitalistic culture. There’s also Eric… he hosted a very popular show last month. But for this exhibit, we really want to focus on Berlin-based artist and see how many geniuses we can bring out.

Daniel: Yeah, we want to promote Berlin artistand our workbut we’re never going to say no to an international artist if he shows good work.