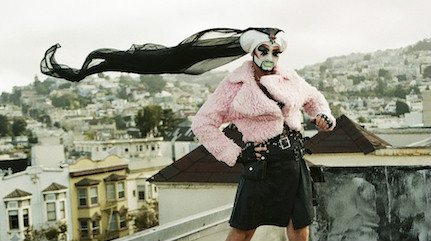 Gender is often viewed as a fixed binary concept based on the physical sex of a person. One can only be a man or a female, but in reality gender identity is much more diverse. In his book Gender As A Spectrum, Joseph Wolfgang Ohlert, seeks to illustrate the limitations of this binary concept and expose the nuances of gender, sex, and identity.

Ohlert spent much of his life questioning himself about gender roles in society. For his final photography project at the Ostkreuzschule in Berlin, Ohlert decided to travel around the world for two years searching for people who defy the stereotypical binary genders.

“Each person in this book has decided by themselves who or what they want to be, not dependent on the body they were born in,” writes Ohlert in his artist statement. “Every person has chosen deliberately and out of their own will to be who they are and live free from societys pressure to fit into a generally accepted role.”

Gender As A Spectrum is interspersed with photo, short descriptions and interviews conducted by trans* co-author Kaey.

You can purchase “Gender as Spectrum” on the artist’s crowdfunding page.