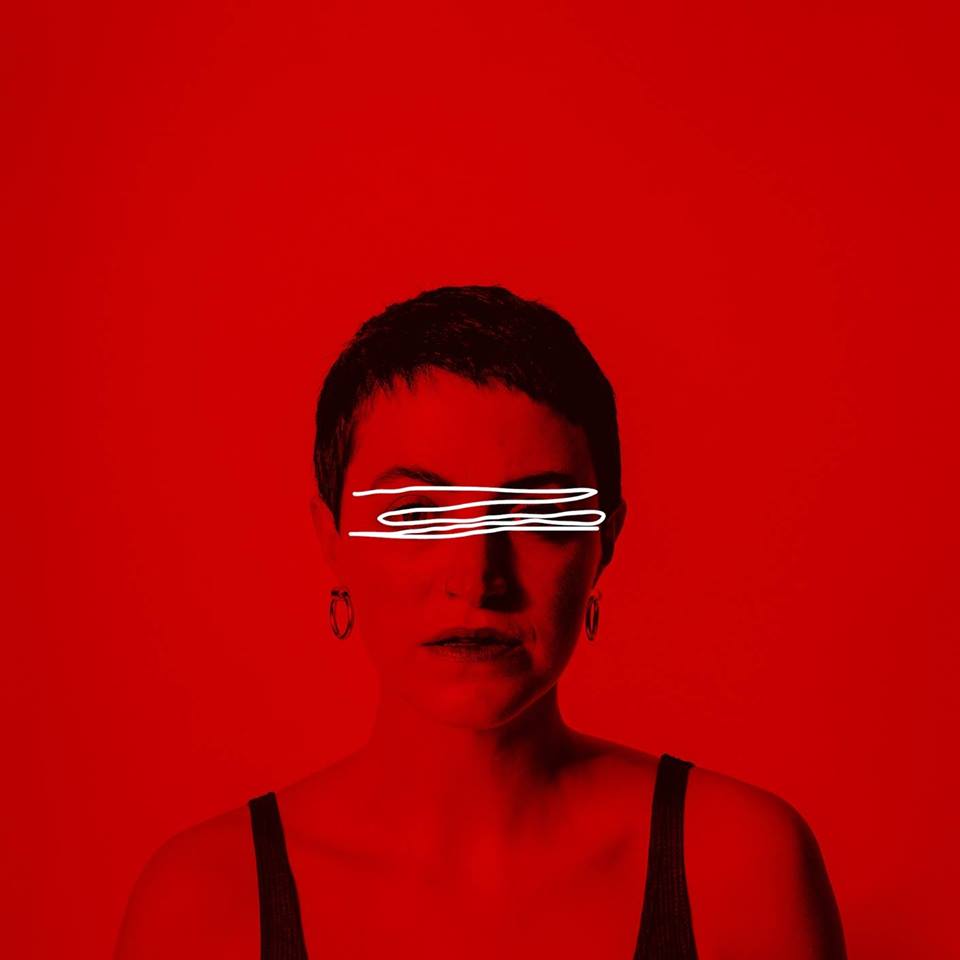 Emerging in 2012 from the ever-gifted UK earth, HAVVK is a four-piece band comprised of multi-talented musicians. Their layered sound explores a wide variety of musical dimensions, combining the angelic, light, fluttery vocals of lead singer Julie Hawk with rock-based guitar and percussion. The music videos that accompany their unique sound are just as brilliant and unexpected, leaving a truly distinctive taste in the audience’s mouth. We sat down with lead singer Julie Hawk to discuss how the band was formed, deeper meanings and upcoming works we can look forward to.

Lola Who: Tell us a bit about the story of the band. How and when did you guys get together to begin to create music?
Julie: Matt and Chris had been playing music together for a long time. I met the two of them through the open mic circuit in London, three years ago. I was literally playing my only song at the time, for the first time ever, and I was scared shitless. I played it. It was awful. Matt was working the desk and told me to come back again next week. He said he heard something interesting in the song, but to this day, I still think he was just trying to cheer me up. About six weeks later, I was getting through entire songs without shaking, and Id made a whole new circle of amazing friends. Wed go to at least three open mics a week, and hear each others new songs, both good and diabolical. We drank a lot of wine too. Matt and I started working together on what was originally my solo material, but the partnership eventually flourished into a much bigger sound, and Chris and Sam were the perfect fit. There are different versions of how exactly Sam came into the picture, but he is some kind of miracle and the only one who drives, so we are grateful every day that he landed on our doorstep.

Lola Who: HAVVK seems to be a band that encompasses a variety of sounds. Are there any artists in particular, musical or not, that you guys draw inspiration from?
Julie: Our influences are really mixed, but judging by the playlists on tour, Id say were all pretty influenced by big sounds and layering. Matt has a great ear for cinematic music, and hell often have something to say about the film-score when we leave the cinema. I think you can hear that influence in his production style. Vocally, I have huge respect for singers that really let down their inhibitions with their vocals. I nearly lost my mind when I heard tUnE-yArDs live, so I try to tap into that with my own vocals. I would say theres still an element of folk in my lyrical style too. Its something I try to challenge in myself, but sometimes I cant help but want to paint a whole detailed picture in a song. But theres a beauty to making punchy, sparse statements, and allowing them to cut through the music at the right moment. I think therell be more of that in our newer tracks.

Lola Who: “Clock Hands” has a very interesting music video. Can you tell us a bit about the story or message of the video?
Julie: The track itself is about the frustration of seeing someone pulled under by a problem that only they can get themselves out of, even if the solution is clear to you. We wanted to play with the idea of time and subjectivity by having someone buried, but reversing it to show them emerging from the sand, to emphasize a sense of control. A lot of our tracks are about taking control of a situation, and taking things into your own hands. It was really fun to film too. We shot for about two hours, first thing in the morning, on a beach in South England. There were some interesting moments with curious dogs who were off their leads. Its amazing how scared of a dog you can be when you are a defenseless head in the sand.

Lola Who: What is the meaning of ”Clock Hands,” the title of your EP?
Julie: Its taken from the title track, which is a very personal song about witnessing someone go through a really hard time, and not really being able to help. I got the image of hands in my head as a symbol of surrender, of giving in to the situation. If you picture clocks hands at ten and two, its almost like two arms surrendering. But I liked that the hands of a clock can also represent control and measurement. Thats the message of the song: taking back control.

Lola Who: Do you have other stories about music videos that you would like to share?
Julie: YES! Yes. The video for our latest single ”Glass”, also directed by the awesome James Byrne, was inspired by the recent Marriage Equality referendum in Ireland. Wed been touring in Ireland in April and met loads of canvassers talking about the vote. Im from Ireland, and it was amazing to hear so many people from this relatively conservative country having open, energetic, heated discussions about equal rights. Leaving Ireland that week, we felt that we wanted to do something to show our solidarity from London, and encourage people to get informed and vote. The YES vote passed by 62%, and it was one of the most rewarding trips home I’ve ever had.

Lola Who: How do you write your music? For instance, does one of you handle the melody, another handle the lyrics…?
Julie: More often than not, Matt will have an idea pretty well developed before we get into the practice studio. But where it goes from there, and how the final song sounds can go in a lot of directions. We have these amazing hours where were all soaking up the song, learning the parts, and throwing our own ideas in the mix. I will usually sing a bit of nonsense over everything to begin with, with a few choice notes getting here and there, but Ill usually go away and work on the lyrics and the melody separately, until the next time we meet. Thats the general order of things.

Lola Who: Are there any reoccurring themes or ideas that you choose to write about when creating songs?
Julie: Its rare that our songs dont have a positive message in them somewhere, even if we are talking about serious subjects. We are very pro-taking-matters-into-your-own-hands! It reflects the ethos of how we work together; Dont be a neg-lord.

Lola Who: Which places within and outside of the UK have you been to? Are there any places you hope your music will take you?
Julie: We’ve done a handful of Irish tours, which have been amazing. The crowds over there are so supportive, and theres usually a lovely relative willing to put us up and feed us very well! We’ve actually only been to a handful of cities in the UK, so we are focusing on dates outside of London around the end of the summer. We’re really hoping to get out and explore more of Europe in the near future too. We’ve particularly met a lot of wonderful Scandinavian artists coming through London, and they seem to come from such a positive music scene. Most of them have offered for us to sleep on their couches, so were hoping theyll live up to their word.

Lola Who: Julie, how would you compare being a musician in London, compared to back home in Ireland? Would you say it’s more competitive?
Julie: Thats the first thing Id say. There are just so many artists here in London trying to make it, and so many venues dishing out music every night. Its amazing, because theres so much music at your fingertips, but there is a pressure to cut through the noise and get yourself heard, which can grind away at you a bit. I find the scene more close-knit in Ireland, and happy to be supportive of one another. People are still working their asses off over there, and producing great music, but I get the feeling that theyre still up for a laugh at the end of the day. But I dont think thats exclusive to music. London will get into your psyche no matter what industry youre working in. Most of the time its totally worth it, but sometimes I just want to find the nearest bit of sea and swim home and see my dog.

Lola Who: What can we expect in 2015 from HAVVK? Maybe an album?
Julie: We are constantly putting new material together, and working towards an album in the long run. We probably have enough tracks for three! But its been good for us to do smaller releases as weve developed our sound. Were definitely looking at taking out some new material at the end of the summer. Were not talking album just yet, but we are very excited to share it with you guys.